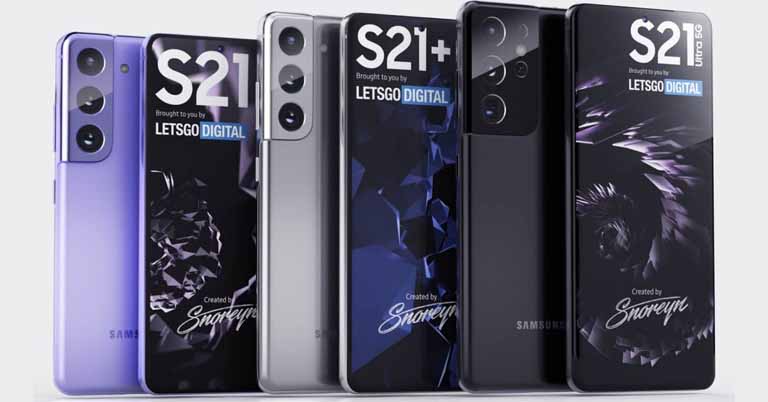 It is speculated that Samsung will be launching its latest flagship series in January. While the Samsung S20 lineup was launched in February, its predecessor is expected to arrive a month early. Earlier this month, LetsGoDigital leaked high-quality renders of the upcoming S21 lineup. And now, an unofficial review of the Samsung Galaxy S21 Plus has surfaced on the internet. In this post, we will be taking a look at all the rumors, leaks, specs, features, and expected availability of the Samsung Galaxy S21 series.

Samsung Galaxy S21 Series: What We Know So Far

The S21 Ultra is the only device on the list to come with a curved display. It will sport a QHD+ screen with an adaptive 120Hz refresh rate. The screen is said to measure 6.8-inch. However, there are other sources that claim the screen to be 6.9-inch. The screen will have a circular cut-out on the top center for the selfie camera. 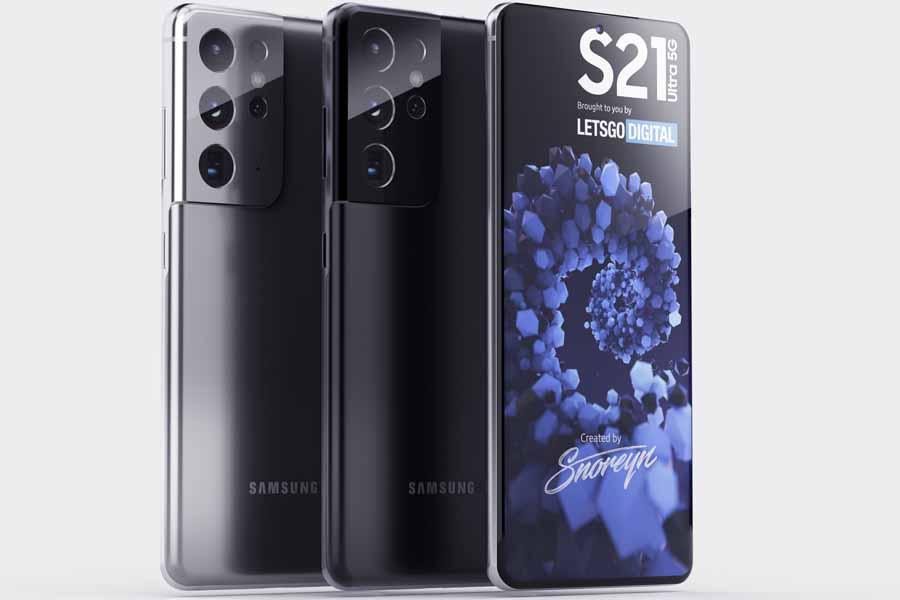 The redesigned camera module is the biggest change in aesthetics. The camera bump in the new Samsung S21 lineup extends from the metal frame. Talking about cameras, the S21 Ultra will have an improved 108MP sensor, an ultra-wide sensor, and two telephoto lenses. It will also feature a laser AutoFocus unit.

Depending upon the region, the phone will be powered by either Snapdragon 888 or Exynos 2100. The device will ship with OneUI 3.1 based on Android 11. It will include a 5,000mAh battery with support for 45W fast charging. However, Samsung will only include a 25W charger in the box. Youtuber “sakitech” has also leaked a live picture of S21 Ultra and S21+. 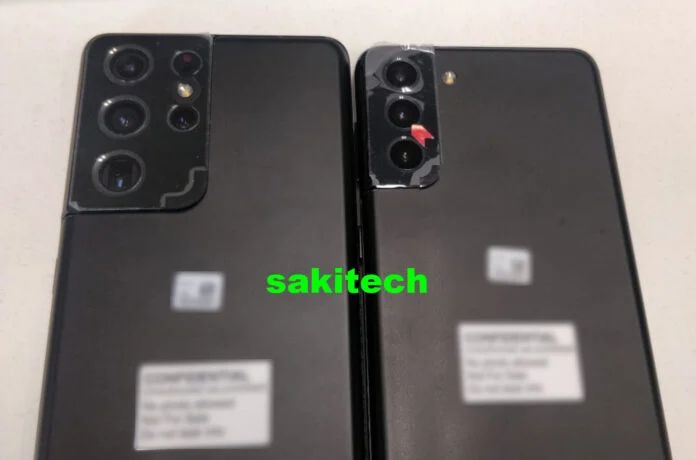 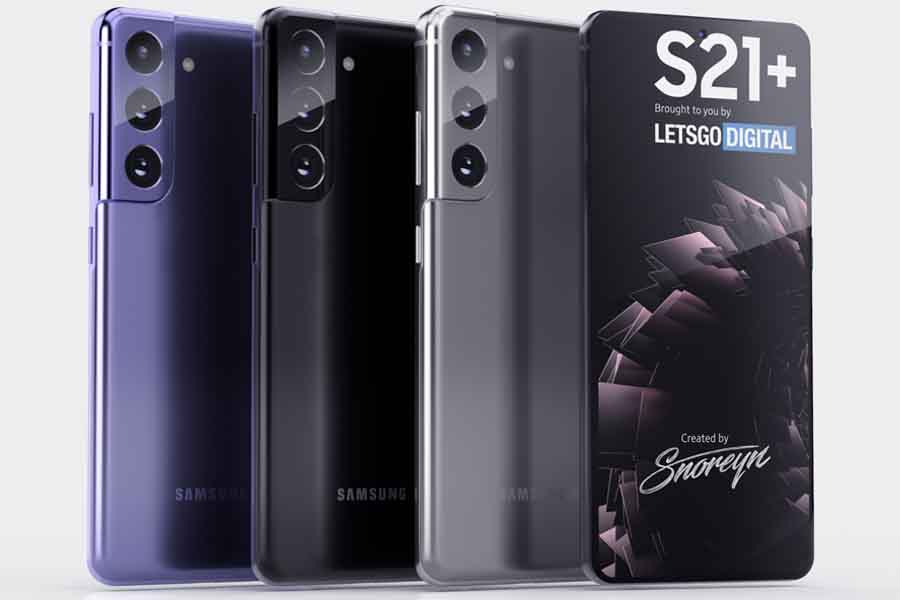 Unlike the S21 Ultra, the Galaxy S21+ will have a plastic body. It looks like the glass rear panel will be a feature exclusive to Ultra devices. Earlier we saw Samsung do a similar thing with the Note 20 lineup. At least, the device will retain the metal frames. It will have a 6.7-inch FHD screen. The flat panel will support 120Hz but it won’t be adaptive as in the S21 Ultra. Few real-life images and videos of the phone have emerged over the week that shows S21’s chin to be relatively smaller than that of S20+. 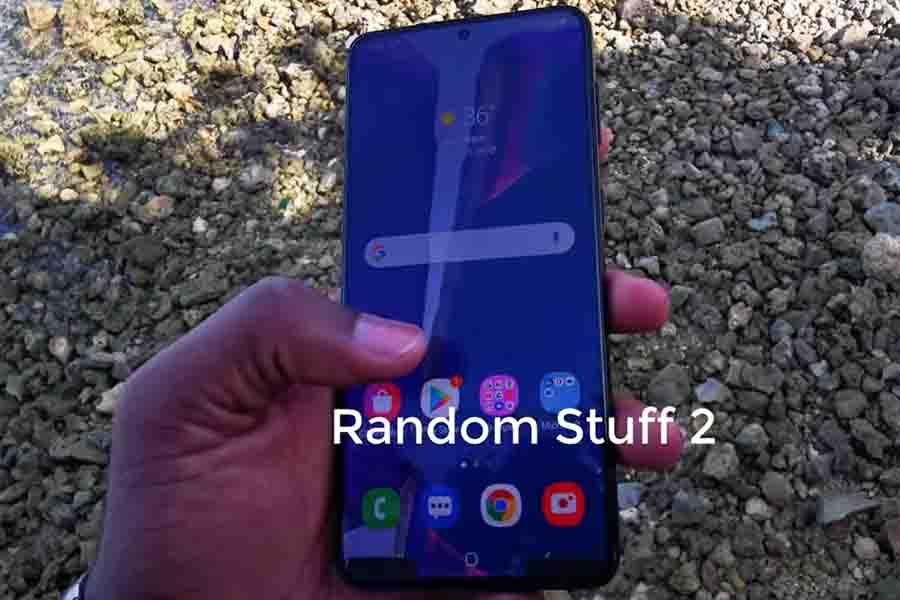 As with the Ultra, the S21 Plus will come with Snapdragon 888 and Exynos 2100. Compared to its predecessor, the device will have a larger battery of 4,800mAh. The device will support 25W fast charging. 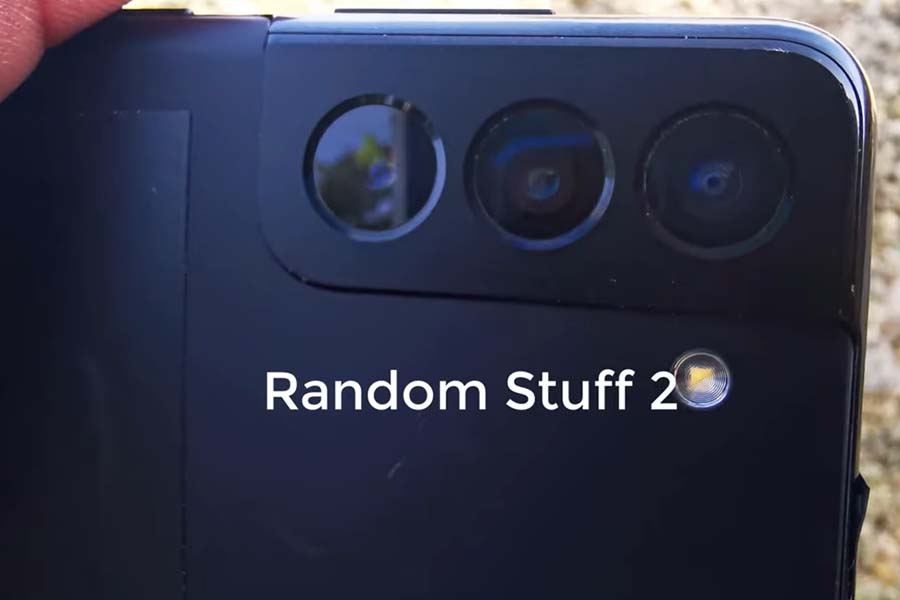 There is a triple camera setup on the back of the phone. The 12MP primary camera will be accompanied by a 12MP ultra-wide camera. Completing the triple camera setup is the 64MP telephoto lens that boasts an optical zoom of up to 3x. The camera setup along with Samsung’s SuperHD technology has been tested against iPhone 12 Pro in an unofficial review by Random Stuff 2. However, it’s too soon to comment on the real-life performance of the device as we are several weeks away from the launch of the device, and Samsung still working on optimizing the device’s software.

Galaxy S21 will have a smaller display of 6.2-inch FHD+ display. Design-wise it looks a lot like the S20+. However, it will be available in more color options. It will have the same processor as the other two in the lineup. On the memory-side, the base variant will feature 8GB of RAM and 128GB of internal storage. 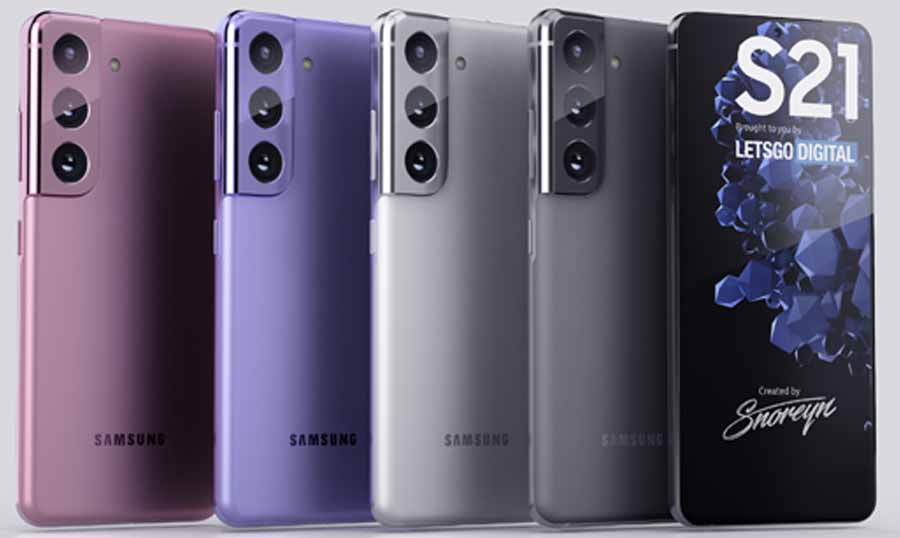 The triple camera setup will include a 12MP primary sensor, another 12MP sensor for ultra-wide, and a 64MP telephoto lens. If the setup sounds familiar, it is because the same setup was in Galaxy S20. The device will have a 4,000mAh battery as in the S20.

Samsung is expected to host a Galaxy Unpacked event in January 2021 where it will launch the Galaxy S21 series.