Samsung Galaxy XCover 5 is the latest rugged smartphone from the South Korean company. It is a successor to 2017’s XCover 4. While the phone is rugged to withstand the harsh working environment, Samsung says it has also paid attention to the need of a mobile workforce. In this post, we will be taking a look at the specs, features, expected price, and availability of the Samsung Galaxy XCover 5 in Nepal.

Samsung Galaxy XCover 5 sports a 5.3-inch TFT LCD panel. The HD+ resolution of 1480 x 720 results in a 16:9 aspect ratio. These specs are not that impressive as this phone is not meant to be a multimedia powerhouse. XCover 5, like all rugged smartphones, is targeted towards field workers that need a robust and durable smartphone. Talking about the rugged nature of the phone, the XCover 5 comes with a military-grade MIL-STD 810H certification. Samsung says it can withstand drops of up to 1.5 meters. It also has IP68 certification against dust and water damage. As a result, you can submerge it in a meter deep water for around 30 minutes.

There is also a Glove Touch feature which will come in handy if you need to wear gloves at your workplace. The feature scales up the touch sensitivity of the screen making it more convenient to use with gloves on.

Powering the device is the Exynos 850 chipset. It’s an entry-level chipset from Samsung based on the 8nm FinFET process, and is found in phones like Galaxy A21s. XCover 5 comes with 4GB of RAM and up to 64GB of internal storage. You also get the hardware-based Samsung Knox security on the XCover 5. This will protect the phone’s data in real-time and help respond to any kind of threats. The phone ships with Android 11 out-of-the-box. 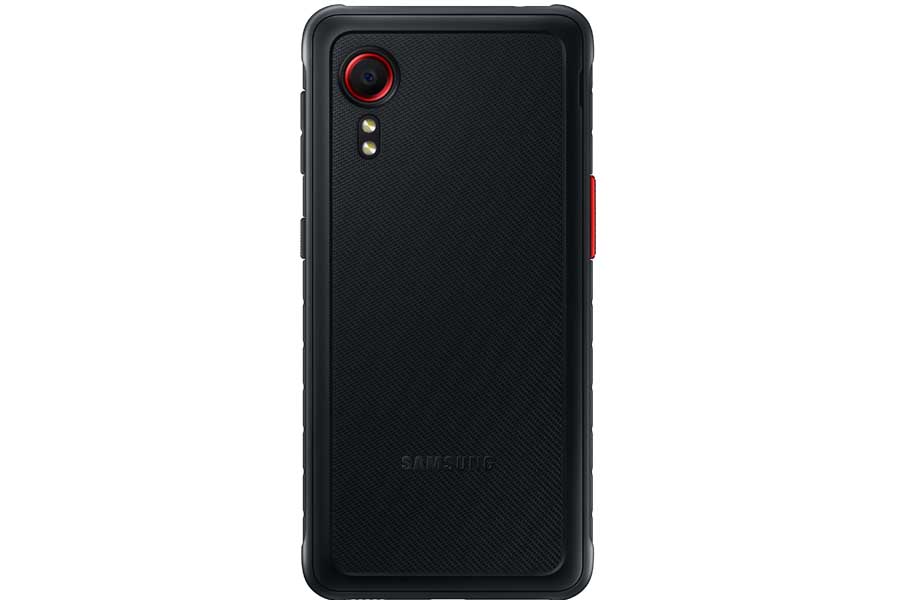 Galaxy XCover 5 has a total of two cameras. The single 16MP camera at the back has an aperture of f/1.8. On the front, there is a 5MP selfie camera with an f/2.2 aperture. Samsung has also included the Knox Capture feature for enterprise-level scanning.

Fueling the device is a 3,000mAh battery with support for 15W fast charging via USB and POGO pins. The phone has NFC support too. There is also an XCover Key which basically is a hotkey that users can program to quickly access their favorite features.

Samsung is also offering some cool partner-enabled mobility features on this device. For instance, users can make use of the walkie-talkie feature on Microsoft Teams. Similarly, there is a push-to-talk feature that makes communications with colleagues even more convenient.