The last time Samsung came up with a “revolutionary” foldable phone, it was a disaster. With buyers mistaking the protective layer for a screen protector, the horrors started as soon as the product reached the public. However, the company recalled all the units and took its time to amend the design errors of the Galaxy Fold before reshipping it again. And now, Samsung has come up with a new foldable phone – this time with a clamshell design. Dubbed the Samsung Galaxy Z Flip, it shares a similar design language to the recently launched Motorola razr, but with objectively better quality.

Samsung Galaxy Z Flip comes in a radically different design than the earlier foldable phone from the company. With its clamshell design which folds in half to a mere 3.4-inches body, the phone is a direct competitor to the Motorola razr that launched a couple of months ago. In its folded state, the phone gains a width of 0.6-inch which is just about the width of two regular phones. The lid has a 1.1-inches Super AMOLED “Cover Display”, where you can view the notification, messages, or even take selfies. And on its side resides the rear dual-cameras, which I’ll get into in more detail later on. Similarly, Samsung has installed a fingerprint sensor on the side of the phone.

But it’s when unfolding the Z Flip, its beauty shines through. Revealing a tall 6.7-inches FHD+ Dynamic AMOLED display, the Galaxy Z Flip almost guarantees a unique smartphone experience. And you know what’s exciting and simultaneously reassuring, this foldable screen is made of “glass”. Yes, ladies and gentlemen, the days of plastic screens on foldables are over. Samsung’s Ultra-Thin-Glass (UTG) paired with a hideaway hinge on the Galaxy Z Flip as the company claims, can survive up to 200,000 unfolds!

And to protect from potential dirt and dust from getting into the phone via the hinge, there’s a small “sweep protect” technology. But only a real-world test will prove its worth. 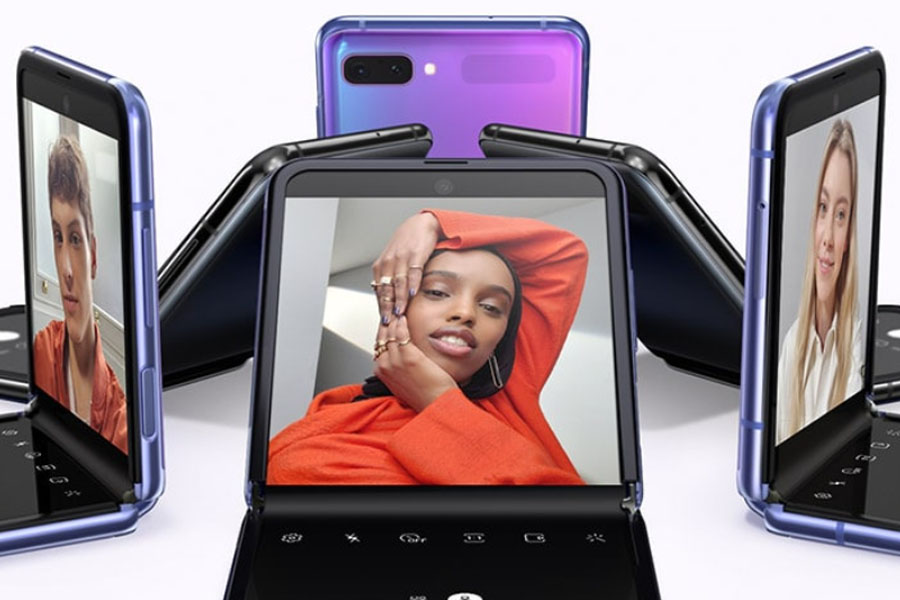 There’s also a “Flex mode” which allows you to use the Galaxy Z Flip kinda like a laptop. With some apps like the camera supporting it, you get a separate screen space for the main UI while the bottom half of the display consumes the settings and whatnots. Reminded me of the ASUS ZenBook Pro Duo, not gonna lie.

For such an animated product, the Samsung Galaxy Z Flip comes with a good-enough camera setup as well. On the lid of the phone, there are two 12MP cameras; a primary and an ultra-wide sensor. The primary sensor supports OIS, while the ultra-wide lens has a 123º field-of-view (FOV). Features like 8X digital zoom, Tracking AF (Auto Focus), also make their presence on this device.

There’s an additional 10MP selfie camera under a tiny punch-hole cutout, making the Galaxy Z Flip the first foldable phone with one. Samsung’s native camera app makes use of the aforementioned Flex Mode. 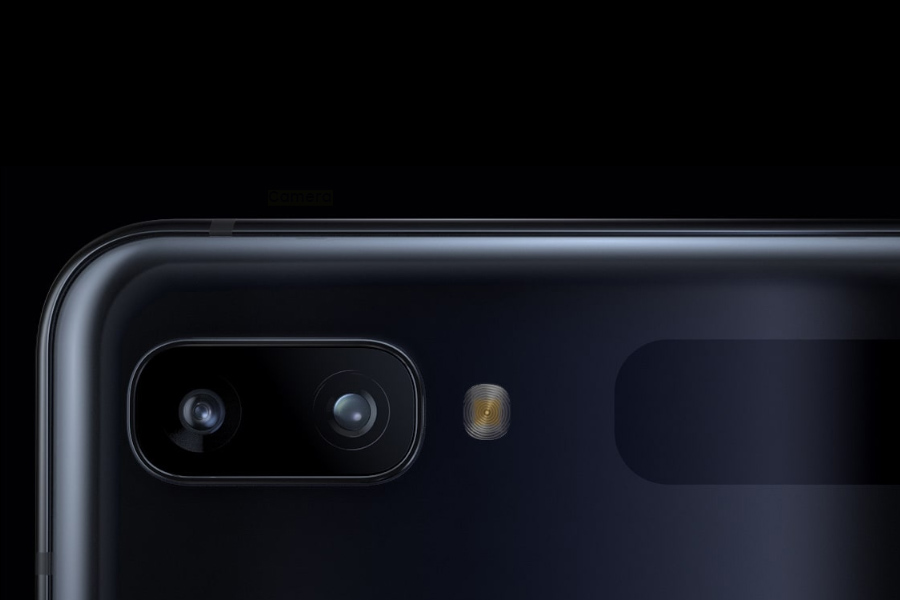 In terms of video, the rear cameras can shoot up to 4K videos @ 60fps. Additionally, it also supports 960fps super slow-mo at HD resolution, 240fps slow-mo at 1080p and FHD Hyperlapse videos. Honestly, I’m amazed at Samsung for being able to cram all these into a device with a radically new design approach.

The Galaxy Z Flip is a powerhouse in terms of performance as well. It is powered by last year’s most powerful chipset – the Snapdragon 855+. The Motorola razr came with a disappointing Snapdragon 710 SoC, which was one of the most significant disappointments for an otherwise okay-ish device. As a result, you don’t sacrifice the performance level for the sake of a new design.

Moreover, the phone comes with a singular 8GB RAM and 256GB storage configuration. There’s no option for storage upgrade here, but that should be plenty for the majority of the buyers anyway. Complementing the faster chipset is the faster UFS 3.0 storage technology. The Galaxy Z Flip runs on the latest Android 10 with One UI 2.0 on top. In terms of battery, the power necessities for the phone is handled by a 3300mAh cell. It’s not very big for a 2020 phone but isn’t downright abysmal either. To put it into perspective, Google Pixel 4 came with a 2800 mAh battery and relied upon software optimizations to give out good endurance.

More importantly, the Galaxy Z Flip isn’t mean to be used as a regular phone. With regular notifications, selfies, etc. handled within the small cover display, I believe the 3300mAh battery shouldn’t do all bad in terms of endurance.

The Samsung Galaxy Z Flip will be available starting from February 14 for $1,380 on South Korea and the USA, while it will shortly make its way to other regions of the world. But sadly, the phone will not be coming to Nepal officially! However, 3rd party mobile retail shops might bring it here for exorbitant pricing, expected to be around 2 lakhs.

Also, check out our hands-on review of the Samsung Galaxy Note 10 Lite!