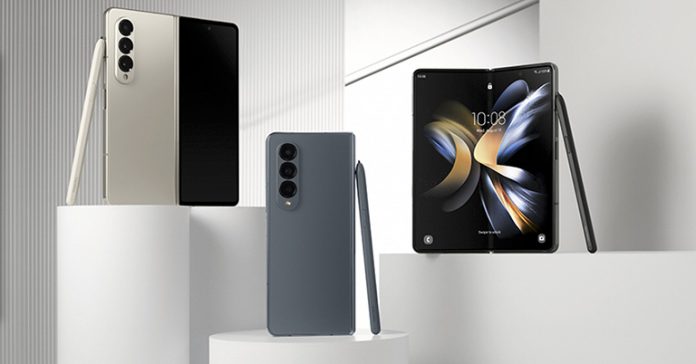 Samsung launched its latest foldables at the “Galaxy Unpacked” event back in August 2022. The new Galaxy Z Fold 4 brings a bunch of quality-of-life upgrades over last year’s Galaxy Z Fold 3—instead of a massive generational leap. But that was to be expected. Alongside the Fold 4, Samsung also launched the fourth iteration of its clamshell foldable, the Galaxy Z Flip 4. And in this article, we’ll be discussing all the upgrades, complete specifications, availability, official price in Nepal, and more of the all-new Samsung Galaxy Z Fold 4.

The Fold 3 was Samsung’s big push in terms of creating durable foldables. From IPX8 water resistance to Armor Aluminum hinge, stylus support, and an 80% tougher main display, it had it all. Not all, exactly. It still lacked dust ingress protection and above all, the phone weighed a lot heavier than a typical slab smartphone.

Samsung hasn’t figured out dust resistance on foldables quite yet, but the Fold 4 is now roughly 3% lighter than its predecessor (263 gm < 271 gm).

And unlike how Samsung had to cut the battery size to reduce the weight coming from Fold 2 to Fold 3, this guy doesn’t make the same sacrifice. Instead, you can thank the new slimmer, rotational hinge mechanism for this. The company had been using a gear-based structure for all its previous Galaxy Z Fold devices. But the new single hinge mechanism not only makes way for a lighter phone but also thinner foldables.

Similarly, the Samsung Galaxy Z Fold 4 also addresses the “aspect ratio complaint” of the cover display on its predecessor. The phone is now shorter and wider, with a 23.1:9 aspect ratio on the front and 21.6:18 inside, as opposed to 24.5:9 and 5:4 on Fold 3.

Although the cover display here is narrower than your typical 20:9 or 21:9 aspect ratio on smartphones—and even a few foldables like Honor Magic Vs or the OPPO Find N2—this upgrade makes the Fold 4’s cover display a lot more pleasing to get around.

But Fold 4 still doesn’t fold flat like most of the competition though. And to our disappointment, unlike the main display, its cover display is not stylus friendly either. On top of this, there’s no silo inside the Fold 4 for the S Pen Fold Edition or the S Pen Pro yet. Other minor but notable upgrades on the design front include Gorilla Glass Victus+ protection on the cover display and the back.

As for the colorways, the Samsung Galaxy Z Fold 4 will be available in the classic Phantom Black, Graygreen, and Beige options. And in select markets like the US and UK, Samsung will also be offering certain exclusive color options on top of the Bespoke Edition. Almost forgot, the Fold 4 has also been tested to withstand 200,000 folds and unfolds.

Despite the slightly modified dimensions, the Fold 4’s display sizes have remained the same. Both on the front and inside, but with lot slimmer bezels. Its cover display is a 6.2″ HD+ unit while you’re greeted with a 7.6″ QXGA screen inside.

Samsung has used a Dynamic AMOLED 2X panel on both sides with a 120Hz adaptive refresh rate. But like last year, only the main display features LTPO backplane technology to enable switching the refresh rate between 1 and 120Hz.

Samsung also says it has optimized the layer structure to help reduce external shock damage on the main display. The crease has also undergone some minor readjustment with a new enhanced adhesive on the PET screen protector and whatnot. It’s now visibly less prominent compared to Fold 3, but still not on the same level as what OPPO’s foldables manage.

When it comes to performance, the Fold 4 brings your usual chipset upgrade. Now powered by Qualcomm’s 2022 mid-year refresh, the Snapdragon 8+ Gen 1. Based on TSMC’s 4nm process node, this chip reportedly delivers excellent power efficiency which should result in better battery endurance here. Complementing the 8+ Gen 1 is 12GB LPDDR5 RAM and 256GB to 1TB of UFS 3.1 internal storage.

Yep, sadly the 128GB base variant rumors were too good to be true after all.

But the biggest upgrade we were expecting that didn’t come to fruition is definitely the price drop. Even though the pre-order and trade-in offers are ridiculously lucrative in the western parts of the world, the price of Samsung Galaxy Z Fold 4 in countries and Nepal, unfortunately, won’t go down much compared to Fold 3.

Besides the chipset upgrade, Samsung has introduced some really cool software features as well. First off, the phone runs on Android 12L-based One UI 4.1.1. The One UI 5 (Android 13) update is already available for the Fold 4, by the way. Intended specifically for large screen and foldable devices, this version of Android introduces some helpful multitasking features including a PC-like “Taskbar” on the bottom part of the main display. Gestures are now swifter, switching between apps is more intuitive, while a handful of apps like Facebook, TikTok, Gmail, Chrome, Microsoft Office, and Outlook have also been better optimized to make the most of the main display. And like Samsung’s other flagship devices, the Galaxy Z Fold 4 will get 4 generations of OS and 5 years of security updates too.

Cameras see a healthy upgrade as well, although in the same layout as before. But I’m not complaining! Samsung has replaced the 12MP trio in the last two generations of Fold devices this time with a 50MP wide, a 12MP ultrawide, and a 10MP telephoto camera with 3x optical and 30x Space Zoom this time. Oh, and the wide and telephoto sensors are optically stabled too.

On the other hand, the 10MP camera on the cover display has remained the same. But according to Samsung, the second-gen 4MP under-display camera (UDC) on the main display now uses a scatter-type sub-pixel arrangement which should help it stay a lot less noticeable compared to the one on the Fold 3. 40% denser pixel density, claims Samsung.

Apart from hardware upgrades, there are also a few cool computational photography stuff to look out for. This includes Nightography for better low-light images, a larger zoom map on Capture View Mode, Dual Preview, and more. 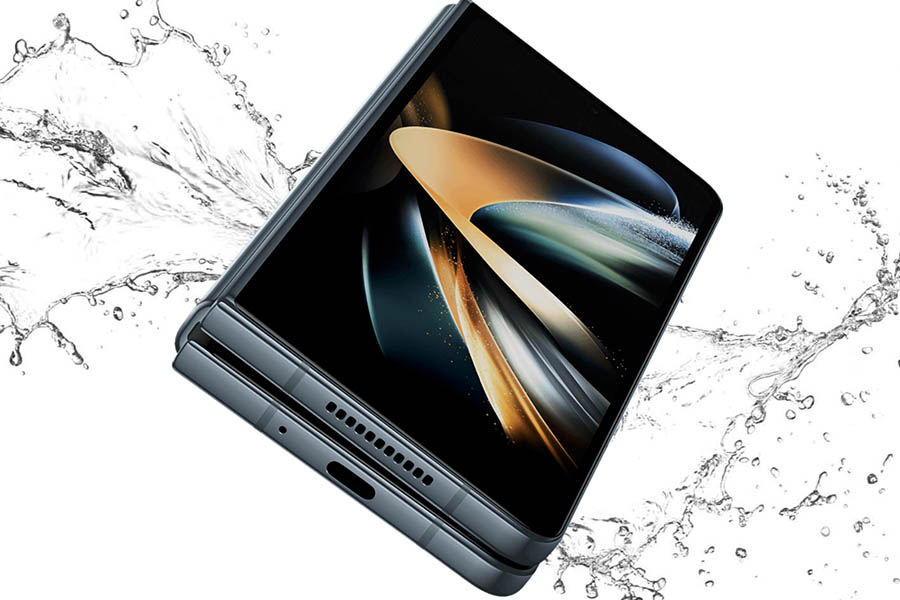 Wireless connectivity options include WiFi 6E, dual-SIM 5G, NFC, Ultra-Wideband (UWB), etc. You can also use your NTC or Ncell eSIM on this phone. Likewise, the Galaxy Z Fold 4 is rocking the same stereo speakers as its predecessor with Dolby Atmos audio. As for security, there’s the same-old trusty side-mounted fingerprint reader, Samsung Knox, and Samsung Knox Vault support.

The price of the Samsung Galaxy Z Fold 4 in Nepal is Rs. 244,999 for the sole 12/256GB variant. You can pre-order the new Z Fold 4 from Samsung authorized stores like Hukut and Serisha Mobile Hub. Both retailers are offering free Type-C chargers for the first 10 customers and one-time breakage insurance on all Z Fold 4 orders. The delivery starts on January 22.