Nepal Telecom Corporation (NTC) has finally launched the much-anticipated eSIM service in the country. This state-owned telecom giant has signed an agreement with a UK-based company to provide eSIM services to its customers. In this post, we will be discussing the key features of eSIM and its implementation and also discussing the process of how to get eSIM in Nepal.

What is an eSIM?

eSIM or Embedded SIM is a digital SIM that allows you to use cellular services from the telecom operator without having to use a physical SIM (Subscriber Identity Module) card. That means, there’s no need to insert a physical card into the phone. Instead, the telco operator will remotely connect your device with their network and provide you with a mobile number and its services.

Also, the information on an eSIM is rewritable, meaning you can decide to change your operator with a simple phone call. This technology is backed by GSMA which has defined the standards for eSIM worldwide.

Most flagship phones are eSIM compatible, including the ones from Samsung (Galaxy S, Note, Z series), Apple, Huawei (P, Mate series), and Google. Brands even include it on their high-end smartwatches. Galaxy Watch 5 Series and Apple Watch Series 8 are the latest smartwatches from Samsung and Apple, respectively, to support eSIM.

Nepal Telecom is the first carrier to allow eSIM connection in Nepal. The telecom operator allocated a budget for the project in the fiscal year 2078/79 to deploy its own eSIM platform. Similarly, NTC signed an arrangement with Monty UK Global Limited in April 2022 to provide an eSIM platform to the company.

This also clarifies that the NTC will currently rely on a third-party solution for its eSIM platform. In any case, eSIM has now been available in Nepal from Bhadra 31, 2079 (September 16, 2022). And NTC hopes to distribute around 150,000 eSIMs in Nepal in the first year. The company had only allocated 50 units for distribution on the first day—that too from a single branch office (Sundhara). However, you can now get eSIM from 7 other Nepal Telecom counters, although all of them are within the Kathmandu Valley only.

How to know if my phone supports eSIM?

Okay, before you get in line to upgrade to an eSIM, it’s crucial to know whether your smartphone supports eSIM or not. The general rule of thumb is that if you have a relatively new flagship phone or table, then it might support eSIM. But to be really sure, simply dial “*#06#”.

If your device is indeed eSIM compatible, you should see an EID (Embedded Identification Document) value pop-up alongside the IMEI numbers. You can also get this info under the “Status Information” section (it might have a different name depending on your phone’s manufacturer) inside the Settings. Or, you can also check the phone’s product page to learn about its eSIM compatibility.

How to get eSIM in Nepal?

All existing prepaid and postpaid customers of NTC are eligible for a FREE eSIM upgrade. Nepal Telecom is also offering a new postpaid number in the form of eSIM (for Rs. 500), while the company says this service will be available for prepaid plans shortly. But at the time of writing this article, you’ll need to visit any one of the following Nepal Telecom branch offices to get an eSIM:

Besides the whole physical presence thing, the process to get an eSIM in Nepal is pretty simple actually. All you need is to fill out a form, then submit it with a photocopy of your citizenship (both sides) attached. That’s it.

An NT staff will then proceed to activate eSIM on your phone. The whole process takes like 3-5 minutes, provided that you’re already at the front of the queue. You will also receive a piece of paper with a QR code, ICCID (Integrated Circuit Card ID) number, and an activation code in case you want to switch phones. But in case you want to revert back to a physical SIM card, Nepal Telecom says you’re gonna have to visit their office yet again and fill out a form requesting so.

iPhone 14 series purchased from the US will work in Nepal?

Apple recently announced that the iPhone 14 series will only be available with eSIM in the US. So users are a bit unsure whether US variants of the latest iPhones will work in Nepal. So, let’s talk about it here.

There are a few factors that influence the use of the latest iPhones in Nepal. First off, the Nepal Telecommunication Authority (NTA) has implemented its long-awaited Mobile Device Management System (MDMS) service from September 15, 2022. So any smartphone brought into Nepal from foreign countries—including the US—will now be considered grey or illegally imported devices if they’re not registered under the system. And such devices will be effectively blocked from the network of all telecom operators in Nepal.

This will affect the import of not only iPhones, but also Android smartphones. However, how effectively the system will be able to reduce grey phone imports remains to be seen. 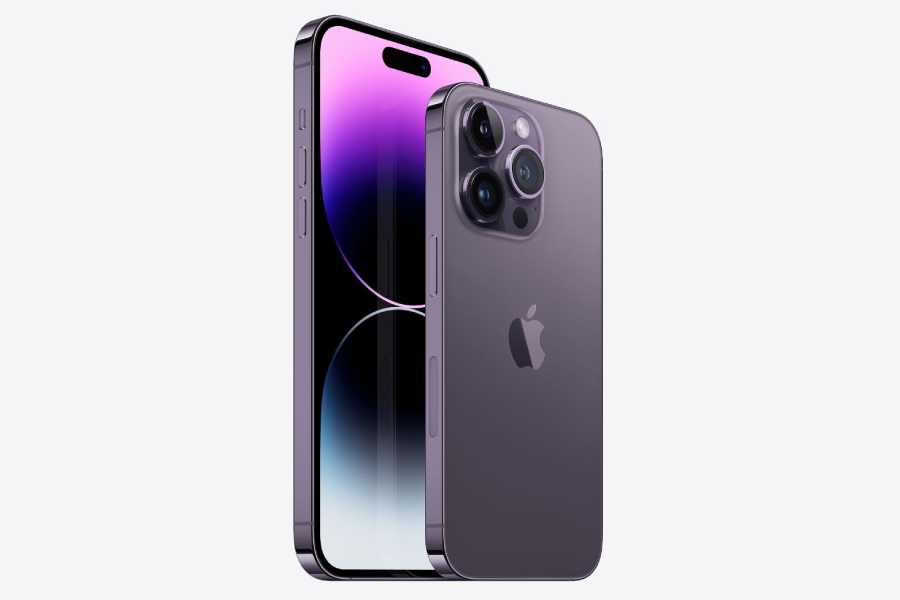 Besides MDMS, the other important factor to consider when purchasing the latest iPhone from the US is cellular connectivity. As mentioned earlier, the iPhone 14 lineup in the US only supports eSIM. So to enable cellular connectivity on those devices here in Nepal, you will also require a telecom operator that provides an eSIM facility.

And since Nepal Telecom now offers eSIM to its customers, you will be able to use the iPhone 14 series without any trouble. Granted that you have registered the phone under MDMS, of course.