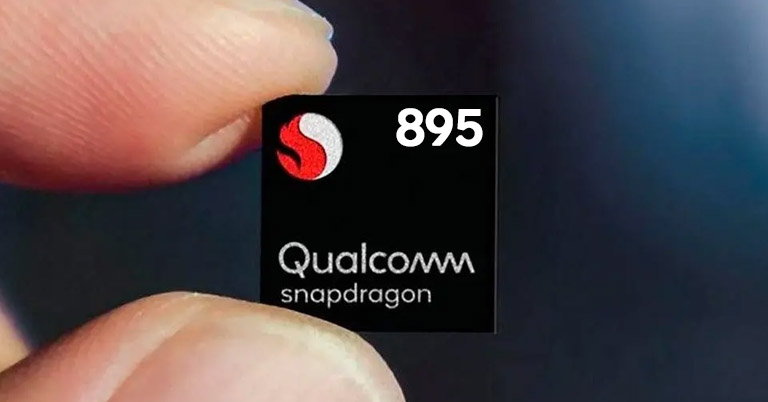 Snapdragon 895 and Exynos 2200 will be powering Android flagship smartphones of 2022. While enthusiasts are looking forward to how these chips will fare against each other in terms of performance, the latest leaks have revealed that Qualcomm’s Snapdragon 895 will also be manufactured by Samsung.

Having used TSMC’s process for Snapdragon 865, Qualcomm turned to Samsung for the Snapdragon 888. The two processors are based on 7nm and 5nm nodes, respectively.

Earlier, a tweet from reliable leakster Ice Universe indicated that Qualcomm is leaning towards TSMC’s 4nm process for the Snapdragon 895. Many speculated that the shift was due to the heating issue associated with Snapdragon 888.

However, if Mauri QHD is to be believed, Qualcomm has failed to secure TSMC as its chip maker. As a result, Samsung will be manufacturing Qualcomm’s flagship chipset for the second year straight.

Samsung Foundry makes the next Snapdragon AP (Waipio, maybe 895) and Exynos 2200.
Both are 4nm, not 5nm.
Samsung renamed their 5LPA (3rd Gen 5nm) -> 4LPE (1st Gen 4nm).
Because there is no performance difference between 5LPA and 4LPE.

from my source Hades (7/8 correct) pic.twitter.com/pXNT5kAifJ

It looks like TSMC has committed all its 4nm resources, including foundries for Apple. The report also suggests that the California-based company has even secured TSMC’s 3nm foundry. Apple will be using the chips for upcoming Macs, iPhones, and iPads. It could mean that Qualcomm may have to stick to Samsung for longer than it likes.

The problem here is that Samsung’s process node is known to be inferior to that of TSMC. For reference, AnandTech analyzed Snapdragon 888 and Exynos 2100 and concluded that Samsung’s 5LPE node (5nm) was comparable to TSMC’s N7P (7nm).

In addition, the leakster also claims that there will be no performance difference between Samsung’s 5LPA and 4LPE (4nm) nodes. Thus, Samsung’s first-gen 4nm node will be its third-gen 5nm node at its core, rebranded under a new name.

Doing so will have several benefits for Samsung. To start, the company can utilize its existing 5nm plants for upcoming chipsets without any modifications. In addition, it will ensure better yield than what a newer process node would have otherwise.

Nothing is confirmed yet

Still, all of this is just hearsay for now and it might not even turn out to be true. However, Mauri QHD claims that his source, Hades, has been right 7 out of 8 times.

So what do you think of the rumors? Which foundry would you prefer between Samsung and TSMC for Qualcomm’s Snapdragon 895?