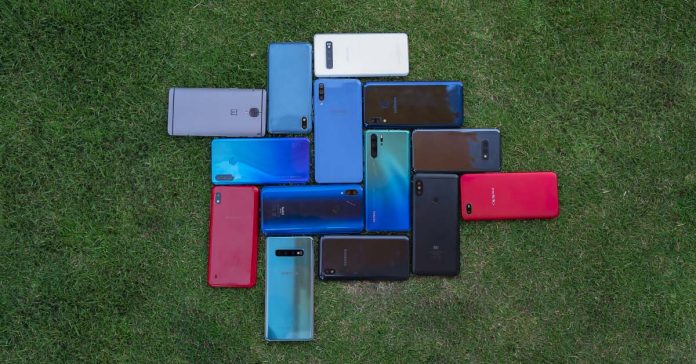 When was the last time that you were wowed by a smartphone? I mean…really wowed…not just thought “Well that’s cool!” but really fascinated by? For me, I can remember two moments – one when the OnePlus 2 came out, and next when the Google Pixel was launched. Now, of course, there have been moments far more revolutionizing – like the 1st iPhone, for instance, but I was too young to remember that. But the first iPhone was a revolution, no doubt. Before that, the concept of a multi-touch screen was wacky. The first iPhone, however, limited by its inability to record video or having no selfie camera, was a big step for mankind in smartphone technology. Today’s phones, however, with giant vibrant touch-screens and four or five cameras, seem like nothing but add-ons.

And that makes me think “Did we go wrong somewhere?” Because even after having the most powerful of processors, and featuring everything from flashlights, wallets, music players, alarms, and what-not, phones are not as exciting as they used to be.

Reviewing smartphones were exciting. These days…it’s not the phones that excite me, but only certain features in them. The point is, there hasn’t been any drastic changes/upgrades in smartphones, especially in recent years. New phones launch year after year, and despite millions of them selling around the world, phones are becoming more similar to one another than ever. All we see, in the latest iteration of phones are faster processors, more RAM, more storage, and more cameras. This might sound hypocritical because our smartphone reviews seem exciting. But the reason is, some features of new smartphones are really exciting. For instance, the cameras of the latest Huawei P30 Pro and the new Dynamic AMOLED displays in the Galaxy S10 series, are fascinating. But even so, smartphones are going from aspirational to inspirational!

What I mean is, we’ve actually run out of actual problems for smartphones to solve. These devices have matured to something that does almost everything we want them to? And so, we’re instead creating new problems and running around trying to solve them? What am I talking about? Well, was a full bezel-less display really necessary? Because to solve that very problem, we employed notches to tear-drop notches to punch-holes and pop-up cameras! And some phones like the ZTE Nubia X removes selfie cameras completely for dual screens! What is really the point?

One of the reasons for such crazy development is that we’ve reached the innovation ceiling. Where do we go from here? And so, companies are bringing out features, not innovation. Smartphones are becoming so good, they’re boring now. Everyone is introducing the latest and the best. The race is over…everyone’s winning! But the thing is, when everyone becomes special, no one really is!

Some are still trying… Again, some are trying really hard to stand out! Foldable phones were but a concept. And now, we have the Royole Flex Pai, Galaxy Fold, Huawei Mate X, and a bunch more to come! See what I mean? An idea is not much of innovation because, everyone will sooner, or later, come out with the same stuff. In a few years, we will be bored with foldable phones too! Then there’s the Energizer Power Max P18K, trying to sell a phone attached to a massive battery. Kudos to them for trying, but that is too crazy of an idea for us to get behind!

What we can all agree on, however, is that smartphone innovation has come to a crawl. Smartphone makers are having a hard time justifying the yearly upgrade cycles, and people are upgrading their phones less and less. Smartphones have become great at lasting longer – because they’re actually quite good!

What are the reasons?

The reason we don’t really see anything drastically new is that companies come up with, or rather HAVE to come up with new smartphones every year. One year may not be enough time to create something really innovative…but if they don’t, their market share takes the hit…and the competition is really tough!

Another reason is profit maximization. Of course, companies need profit to exist, but I believe that this has led to companies doing the bare minimum when it comes to phones. They just slap on a subtle improvement over the same phone, brand it as something else, and off it goes into the market. Take the Redmi Y3, for example – a newly launched device, but it’s basically the Redmi 7 with a 32 MP selfie camera!

In addition, since there isn’t much room to improve on the hardware front, it’s the software that companies are starting to focus on. For example, Huawei’s all about that AI experience – using AI in everything – from the camera, to performance and well, almost everything. Samsung shoots out raw power, while Apple focuses mostly on its ecosystem. And while good software does lead to better user experience, it isn’t a convincing factor for people to go and buy a new smartphone year after year.

So, yes, smartphones have, I think, reached this ceiling…to go beyond that, we’d need something crazy, yet something that’ll also prove to be useful. Smartphones, right now, are about evolution, not revolution. And I don’t think any such revolution is right around the corner. More of the same is coming. And Key-Note speeches of new phones are already getting boring, and in a year or two, I don’t think I’ll even be interested in any of them.

Companies spend hundreds of millions of dollars and work tirelessly to implement new tech, but what we have right now, is pretty good too. So, what happens next is anyone’s guess. Either we’ll have to live with what we have now…or go for something weird that’s coming.