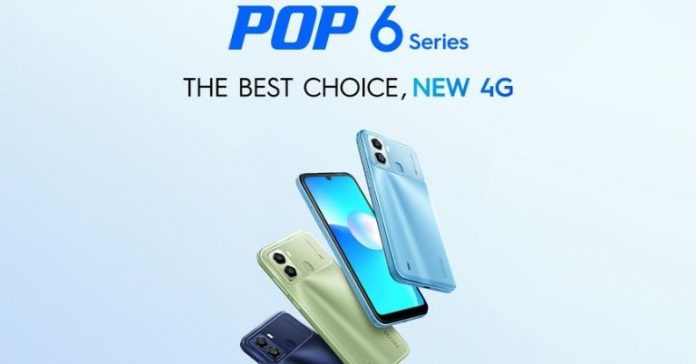 Following up on the budget Tecno Pop 5 LTE, the brand has launched its successor Tecno Pop 6 in Nepal. The main highlights of the phone are its 6.1-inch screen and massive 5,000mAh battery. Here, we will go over the main specifications, features, official price, and availability of the Tecno Pop 6 in Nepal.

Tecno offers the Pop 6 in 3 colors: Sea Blue, Sky Blue, and Lime Green. The build is all plastic and the rear panel features a dual-tone finish. It has a rectangular dual camera island on the back and the fingerprint scanner resides to the right of it. Also, there is a single speaker grill on the bottom of the rear panel. 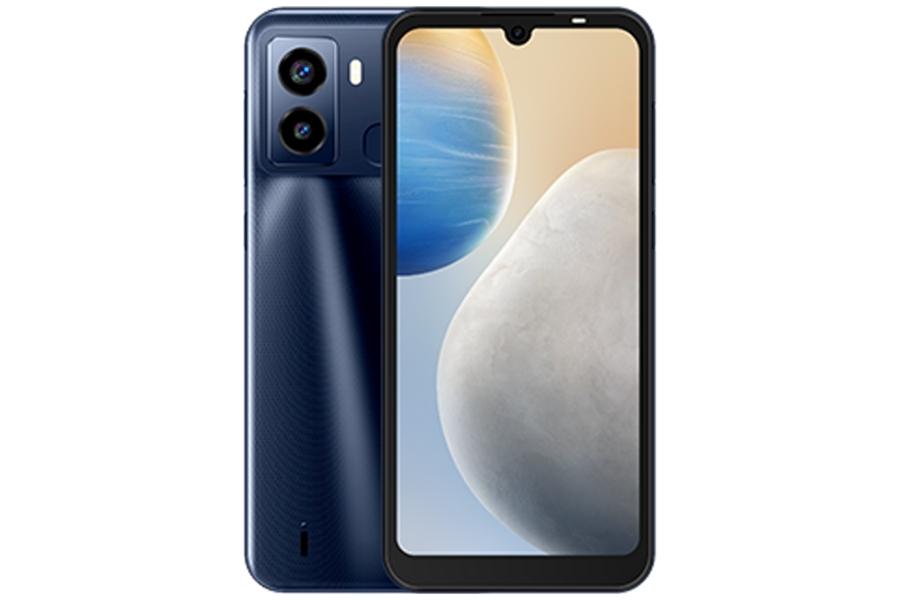 Over on the front, the bezels surrounding the 6.1″ IPS LCD display are quite thick. Talking about the screen, it has an HD+ resolution of 720×1560 pixels. A single selfie camera resides on the dot notch.

The Tecno Pop 6 is powered by an unspecified processor. However, we can expect performance similar to the Pop 5 LTE with its Helio A22 chipset. In terms of memory, the phone ships with 2GB of RAM and 32GB of memory. Running the software side of things is HiOS based on Android 11 Go.

Moving on, the Tecno Pop 6 packs a 5000mAh battery that charges via a micro USB port. For connectivity, it has 4G, Bluetooth 4.2, GPS, and WiFi. Security on the device is taken care of by a rear-mounted fingerprint scanner and 2D Face Unlock.

The cameras on the Tecno Pop 6 are nothing to write home about. It has a dual 5MP rear camera setup and a 5MP selfie shooter dedicated flash up front.

The sole 3/32GB variant of the Tecno Pop 6 retails for NPR 12,490 in Nepal. In addition, the company provides a 100-day replacement guarantee and a 13-month warranty. The phone is available in Tecno retail stores throughout Nepal.