Home TikTok TikTok facing another banhammer: This time, in the US! 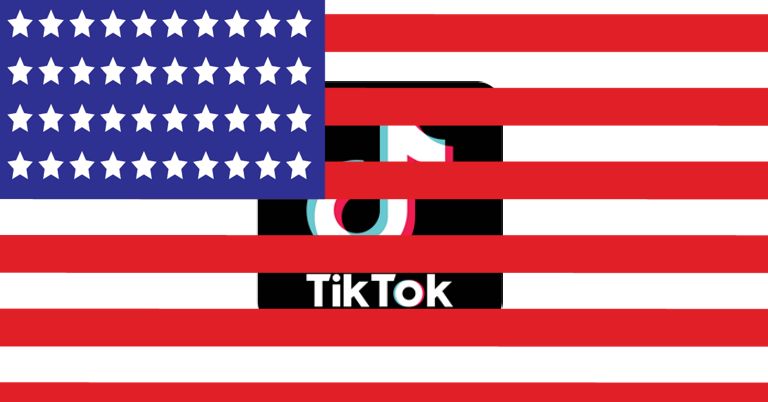 TikTok, the ultra-famous short video sharing platform, is once again making headlines. Trump’s government in the US has suggested that it would ban Tiktok in the country. Read along to learn more about the story.

The problem with TikTok

Since its initial release in 2016, TikTok has gathered around 800 million active global users. In a recent anti-trust hearing, Mark Zuckerberg (Facebook, CEO) recognized the app as the “fastest-growing app”. The platform remains very popular with its users. However, policymakers from different countries have viewed the app as a security threat.

ByteDance, a Chinese startup company, owns TikTok. The Chinese background is enough to cause suspicions among policymakers. The problem, here, is the Chinese National Intelligence Law. All the China-based companies are required by the law to help the Chinese government in its intelligence gathering. The app is accused of collecting users’ data unethically and supplying it to the Chinese Communist Party illegally.

Around a month ago, the Indian government banned TikTok and 58 other Chinese apps showing security concerns. It came as a major blow to the company as India, at that time, was the app’s biggest market.

Last year, Trump’s government included Huawei in the Entity list. FCC has also banned Huawei and ZTE from the US networks. Senators in the US were calling for investigations on the app.

The US first hinted at banning the app at the start of July. However, things have escalated quickly since the Tulsa incident. Trump announced a rally on June 19 in Tulsa. Around a million people made reservations for the event. However, the actual attendance in the event was far underwhelming. It was reported that TikTok users deliberately signed up for the event only to not show up in the event.

There are two options to address the situation surrounding the controversial app – let US-based companies acquire the operations in the US or ban the app completely in the country. Trump’s latest statement suggests a ban is underway. Trump suggested he will use emergency economic powers or an executive order to impose a ban.

TikTok has around 80 million users in the US. As a result, the US is among its biggest audiences. Policymakers have accused the app of supplying user data to the Chinese Communist Party. TikTok says that the user data of its US audience is stored on American servers. The data are further backed by Singapore-based servers. It argues that these data don’t fall under Chinese law.

The company has also expressed its desire to be a global company. It looks forward to working in the US following all the relevant laws. TikTok has announced a $200 million Creator Fund to help American creators. The company also plans to increase it to over a billion-dollar in the span of three years. It is also working on creating over 10,000 new jobs in the US.

What does it mean to the competitors?

TikTok is the only app that can potentially threaten the likes of Facebook, Instagram, and even YouTube. Thus, these companies are already working on TikTok replacements. In its press release, TikTok acknowledges Facebook is working on another copycat product (referring to Reel) after the failure of Lasso. YouTube is also working on TikTok like a short-video feature. TikTok has accused Facebook of using patriotism for malignly attacking the company. These companies will benefit the most following ban of TikTok on US soil.

Microsoft has confirmed that it is still working on acquiring the operational rights of TikTok in the US and a few other regions, following discussions between the company’s CEO Satya Neadella and the US President.

Microsoft is planning to own and operate TikTok services in the US, Canada, Australia, and New Zealand. It could even include other minor American investors. Eventually, Microsoft will make necessary amendments in the structure of the Tiktok focusing on security and privacy. The company plans to transfer data of American users inside the country. Microsoft and ByteDance are looking to wrap up everything by September 15.

So, what do you think about the story? Is TikTok really a treat? Let us know in the comment section below.