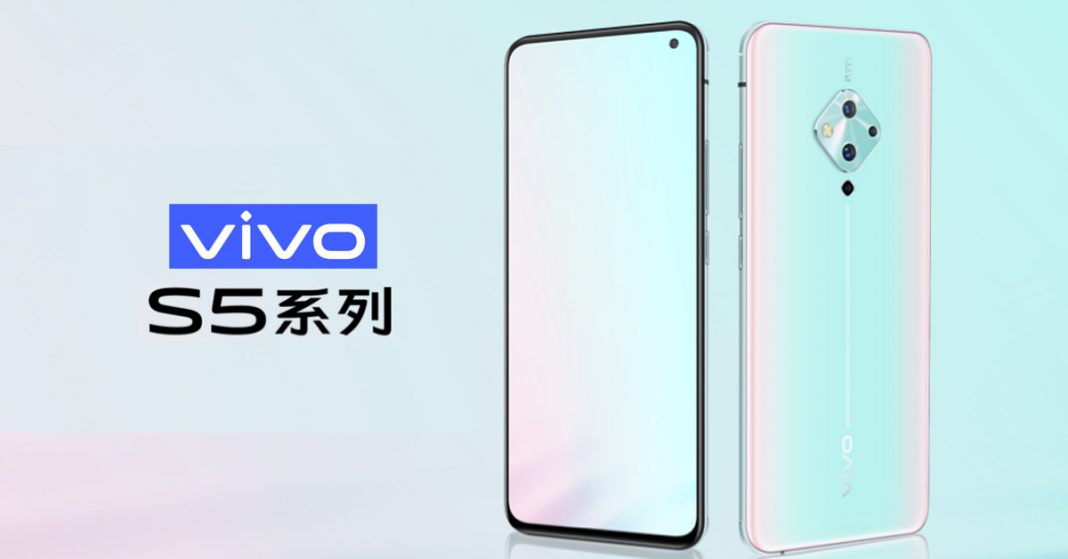 Vivo has officially unveiled the Vivo S5 at an event held in Beijing, China yesterday. The headlining feature of the phone is obviously its unique diamond-shaped cutout housing the cameras on the back. Though other phones in the ‘S’ series, namely the Vivo S1 (China) and S1 Pro implemented motorized selfie camera, the Vivo S5 features a minimal punch-hole cutout on the top right corner of the phone for the front camera.

Credit where credit’s due; Vivo’s phones are quite impressive when it comes to the design. The S5 is another testament to the tradition with its gorgeous design and is focused on younger audiences. Vivo is calling the phone’s back design as “3D Surface Grip“, which according to the company assures a comfortable grip. Similarly, the company has let itself loose in the sea of creativity with naming the colors of the Vivo S5; Icelandic Love Song, Phantom Blue, and Star Black. 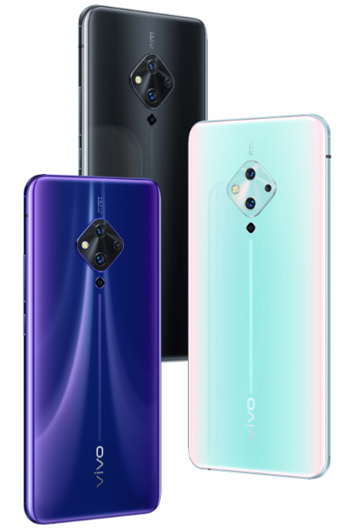 The display is another area where the S5 earns a point. It has a tall 6.44-inch Full-HD+ AMOLED screen, with a punch-hole cutout, making it a first of its kind from a Chinese manufacturer. Additionally, the camera cutout is smaller than that of Samsung’s Galaxy S10e at a mere 2.98mm diameter. With this, the S5 achieves an impressive 91.38% screen-to-body ratio. Thus, the viewing experience on the device should be bliss. For security purposes, the phone implements an in-display fingerprint technology so a physical scanner isn’t present here.

Like with most Vivo phones, this one puts an emphasis on camera performance as well and necessarily so. The back of the Vivo S5 has a unique diamond-shaped cutout, housing the phone’s rear camera. 3 of the 4 lenses can be found inside the cutout alongside the LED flash, while the remaining protrudes just below the module.

Here, you get a 48MP primary shooter, an 8MP ultra-wide lens, a 5MP depth sensor, and a 2MP dedicated macro lens. For selfies, Vivo has gone with a 32MP lens placed inside a punch-hole cutout on the top right of the phone. Though definitely not a cleaner design choice than a motorized camera, Vivo S5’s display looks exquisite nonetheless.

Expectedly, Vivo has packed a ton of photography and beautifying features in the Vivo S5. There are options to adjust skin color and tone according to the shooting environment, retain natural skin texture, apply light makeup, make your eyebrows more delicate, and pose guidance as well. Hot damn! Beauty studios and salons may very well close shops then. Here’s something funny, Vivo says the “AI sculpts the face to make the face more natural”, thus redefining the word “natural” in the process.

On a related note, streaming is a big thing in China and the Vivo S5 looks to make a mark in the industry as well. Similarly, it’s a little disturbing how the mainstream Chinese culture emphasizes on a perfectly clear skin sans melanin. The Vivo S5 directly promotes this culture as its “Face Adaptation” feature adjusts people’s fat, long, or thin faces to something more “natural”. Pshaw!

Talking about performance, the Vivo S5 packs a decent Snapdragon 712 chipset manufactured with a 10nm fabrication process. This is the same chipset found in Vivo Z1 Pro and the Z1X. It has a dual-core CPU clocked at 2.3GHz and a hexa-core CPU clocked at 1.7GHz. On the GPU end, there’s Adreno 616. Obviously, Vivo could’ve gone with a better SoC for the S5 considering it’s a mid-range device. But unfortunately, that’s not where the company’s head’s at.

Complementing the chipset is an adequate 8GB of RAM, alongside 128GB of internal storage. Rumors had it that the Vivo S5 would also have a 256GB storage variant, but that isn’t the case. An option to expand the storage would’ve been nice, but whatever. At this point, it’s like beating a dead horse.

We’ve seen many budget and mid-range phones from Vivo with a big 5000 mAh battery. It looks like the company’s taking a break from that as the Vivo S5 packs a smaller 4100 mAh cell. To our delight, it supports 22.5W Flash Charging via USB Type-C. No MicroUSB this time around! Let’s just hope Vivo finally makes Type-C a standard in all of its future smartphones.

Vivo is also pushing the S5 towards gamers. Its “Multi-Turbo Acceleration Engine” is said to boost the front-end response speed by up to 30% and improve against frame-rate drops by up to 78%. Additionally, the S5 promises an immersive gaming experience with 4D Smart Feedback shock.

Though there’s a single variant of the S5, Vivo has partnered up with Chinese celebrity “Cai Xukun” to launch “Vivo S5 Cai Xukun Custom Gift Box Edition” which will be China-exclusive. 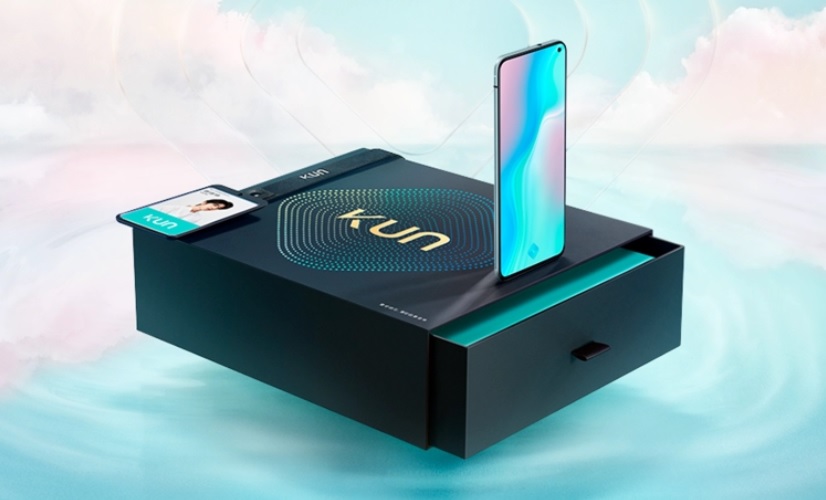 How many assistants are too much assistant? Well, Vivo is in the virtual assistant game as well, with “Jovi“. Though not as powerful and competent as the Google Assistant, it is capable of your regular requests.

Vivo’s mid-range phones have always had an “oh no!” factor to them. The company has been hell-bent on shipping its cheaper phones with dated MicroUSB technology which we’ve complained about a lot. But it’s nice to see the Vivo S5 with a Type-C port.

Vivo S5 is now available in China for ¥2,698 which roughly converts to NRs. 44,050. However, whether or not the device will be a China-only is yet to be confirmed. Considering the fact that we saw the Vivo S1 officially in the Nepalese market as well, if the company manages to price it right, we hope to see the S5 here too. Stick with us for further updates!