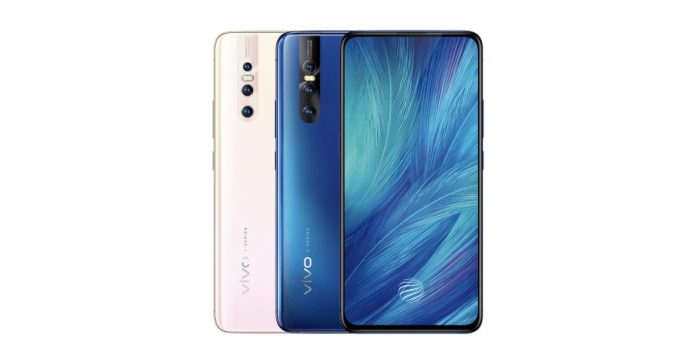 While Vivo’s smartphone lineup may not be as confusing as some others (Xiaomi’s for instance), they do have a lot of phones. Vivo’s V-series are the mid-rangers right now, and I guess, the X-series are the flagships, or is it the Nex? See? It’s confusing. Anyway, Vivo recently launched the V15 and V15 Pro. And now, they already unveiled a new phone – Vivo X27. This has slight improvements over the V15 Pro, with quite the price.

The Vivo X27, more or less, looks like the V15 Pro. Even the sizes and colors are similar. The X27 is also available in the two-tone gradient coloring, so, if you put them side by side, maybe you won’t be able to tell one from the other. Also, it has the same 6.39″ AMOLED display and no notches or bezels up front. So, yes, it seems Vivo will push their pop-up camera in most of its smartphones. The in-display fingerprint sensor is also there, and the back houses the triple camera setup in a similar layout.

In terms of the camera setup, both have the primary 48 MP camera with Quad-Bayer filter. So, you’ll get images of 12 MP by default via pixel binning. The improvement is on the Ultra-wide lens, as the X27 features a 13 MP 120-degree lens over 8 MP of the V15 Pro. The depth sensor stays the same at 5 MP. However, the selfie camera is a downgrade. While the V15 Pro packs a 32 MP selfie camera (with Quad-Bayer filter), the X27 has a 16 MP selfie shooter. But we should be able to get better image resolution on this one. Also, the motorized pop-up is a tad bit slower on the X27 at 0.68 seconds compared to 0.46 seconds of the V15 Pro.

The hardware differences aren’t all that we get on the X27. It does come with FunTouch OS 9 out of the box. FunTouch 9 runs on Android 9 Pie, and while the V15 Pro runs on that too, there are apparently new features, or else why would they unveil that OS again?

So, apparently, the OS now comes with 72 new features, 55 new optimizations, 263 UI improvements as well as a simpler and more beautiful interface. It will also make for a more friendlier and smarter User experience – according to Vivo. But deep down, we all know, that we’d like to not see the iPhone – clone UI.

FunTouch 9 claims to have soft and restrained colors, as well as rich details. It also enables you to change themes, icon layouts, add rounded corners, and dark patterns. In addition, you also get some built-in semi-abstract wallpapers. So, now, you can be sure to see this OS in all upcoming Vivo smartphones.