Home Xiaomi Xiaomi MI A2 and A2 Lite launched in Nepal with Stock Android... 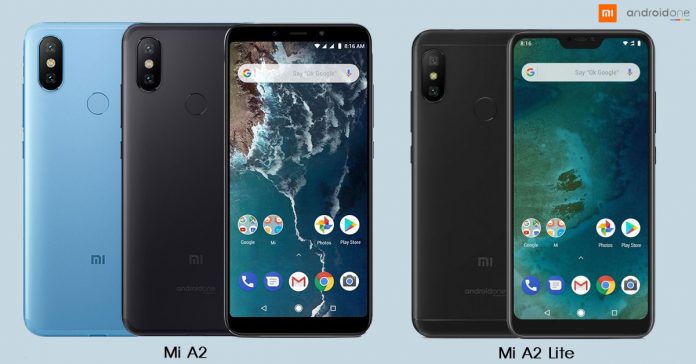 MI Nepal recently organized an event in Kathmandu. In the event, the Chinese tech giant unveiled four of its products for Nepal. Among the four, two of them are Xiaomi MI A2 and Xiaomi MI A2 Lite. Both of them come with the stock version of Android in them and dual camera setup at the back. But how good are the smartphones in terms of specs? Let’s find out here.

Last year’s Xiaomi MI A1 was a huge hit, not only in Nepal but also in the global market. Xiaomi smartphones are often criticized for its heavily customized MIUI. And in the Xiaomi MI A1, the brand ditched its beloved UI and adopted the pure or the unadulterated stock Android. Since Xiaomi smartphones are always feature-packed, the inclusion of the stock Android in the MI A1 added an extra aspect to love the handset. Continuing with the stock Android, Xiaomi had brought the successor the MI A2, which was launched a couple of months back in the global market. Better late than never, Xiaomi brought this handset finally in Nepal after two months of its launch in the global market.

The smartphone looks sleek and slim with a mere thickness of 7.3mm. It is also light in terms of weight as it weighs just 168 grams. On the display front, Xiaomi has provided a 5.99-inch LTPS LCD display, which is said to have better color accuracy and viewing angles than the mainstream IPS display. This display is shielded by Corning Gorilla Glass 5 on the top for the protection. On the resolution side, Xiaomi MI A2 features Full-HD+ resolution in an 18:9 aspect ratio and with the pixel density of 403 PPI. So the content on the display can be expected to look sharp and crisp. 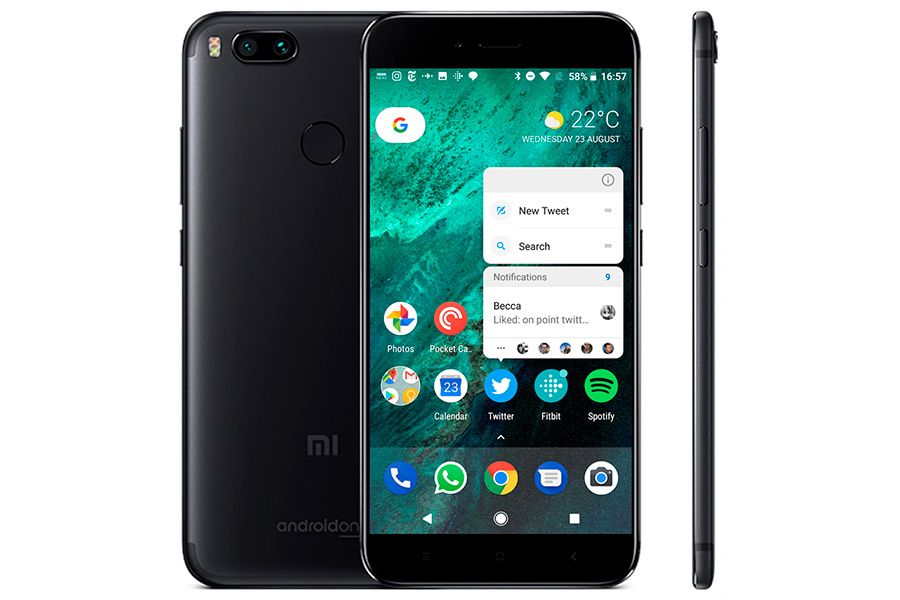 As mentioned earlier, the phone features stock Android since the device is the product of the Android One program. It originally comes with Android Oreo (v8.1) out of the box but will receive all the regular updates and software patches from Google for two years.

On the performance front, the MI A2 got a substantial upgrade. The phone comes with the Snapdragon 660 chipset over the Snapdragon 625 on its predecessor. It comes coupled with 4GB of RAM and 64GB of onboard storage. But unlike its predecessor, the MI A2 does not have a micro SD card slot for the memory expansion. So users have to be satisfied only with the internal memory of the phone.

The camera was the standout feature on the MI A1. And by looking at the specs, MI A2 seems to possess similar trait when looked into its specs. The phone features a dual camera at the back, which is a combination of 20MP and 12MP sensors. Both of the cameras feature f/1.8 aperture. In terms of the selfie, MI A2 embraced a 20MP shooter on the front. The selfie shooter also has soft LED alongside in order to capture images even in the low light settings. Most of the specs in the MI A2 look appealing. However, there are also some aspects, where the smartphone disappoints quite heavily. The phone features a small 3000mAh battery and there is no 3.5mm headphone as well. Not to forget, there is no SD card slot either.

Last year, Xiaomi released only one smartphone with the Stock Android. But in 2018, the brand produced two smartphones under the Android One program. And Xiaomi MI A2 Lite is the second Android One phone of Xiaomi this year after the MI A2. And as the name cues, the MI A2 Lite is cheaper among the two when it comes to price. In the smartphone market flooded with the notched display, MI A2 Lite is the Xiaomi’s take on providing a notched display on the Android one phone. The phone features a 5.84-inch IPS display with a narrow notch on the top. The similar also comes with Full-HD+ resolution in a 19:9 aspect ratio packing 432 pixels in every inch.

Since the Xiaomi MI A2 Lite is also an Android One phone, it also comes with a stock Android version of Android lacking all sorts of bloatware. And just like the MI A2, the A2 Lite will also receive regular updates and software patches from Google itself for two years.

The handset comes with the Snapdragon 625 chipset backed by 3/4GB RAM and 32GB/64GB of onboard storage. There is also a facility to expand the storage further up to 256GB via SD card. And a dedicated SD card slot has been provided for that very purpose. In terms of camera, there is a dual camera setup residing meticulously on the back. The combination of 12MP and 5MP sensors is said to be capable of capturing excellent portrait images. On the selfie front, there is a 5MP front shooter, which comes with f/2.0 aperture. Despite being low on price, the A2 Lite is better than the A2 in terms of battery. Xiaomi MI A2 Lite can surely provide a prolonged battery backup with its humongous 4000mAh battery. And unlike the MI A2, the A2 Lite does not disappoint in the audio department since there is a 3.5mm headphone jack.

The smartphones will go on sale all over Nepal starting from the 30th of September. Given the price and specs, do you think it would be a good buy? Let us know in the comment section.