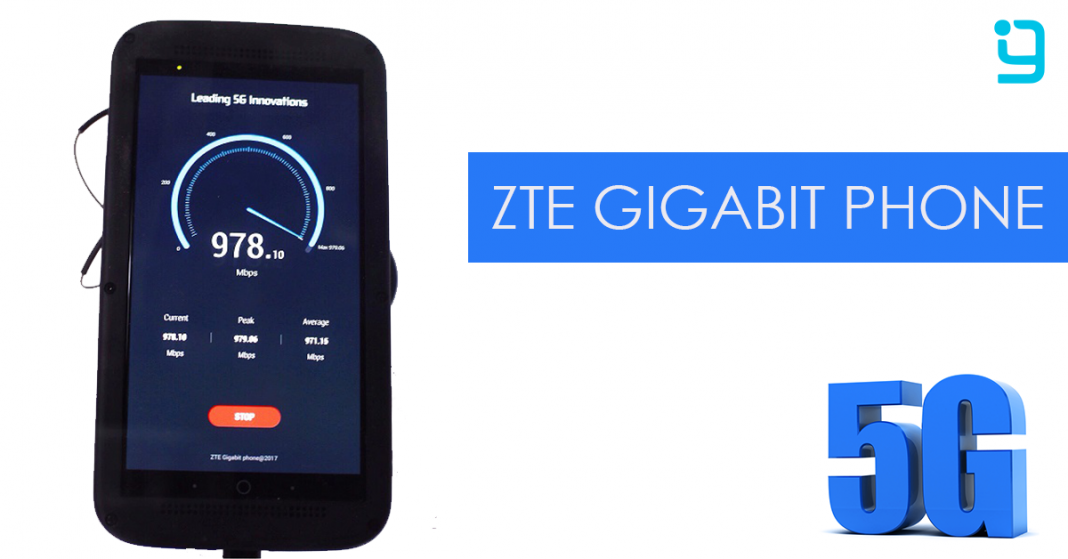 Mobile World Congress (MWC) 2017, the world’s largest exhibition for the mobile industry, had exciting first impressions as expected. Right from the Day 0, we started getting along with the phone launch events. The first launch was of the Blackberry Keyone. Then pre-launches were followed by that of the LG G6, Huawei P10/P10 Plus, and Nokia 3/5/6. But what is more exciting about this year’s MWC is the ZTE Gigabit Phone. This is the world’s first phone that comes with 5G compatibility and supports download speeds of up to 1Gbps.

ZTE Gigabit Phone: How did it achieve 1Gbps download speeds 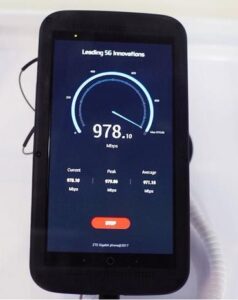 The main reason behind this new phone with insane mobile data speed is the network modem used in its chipset. The phone houses the Qualcomm’s newest chipset and that’s the Snapdragon 835. This chipset features an integrated Snapdragon X16 LTE modem. The phone managed to get up to 1Gbps speed due to the 4*4 Multiple Input Multiple Output (MIMO) antenna technology and 256-Quadrature Amplitude (QAM) Modulation.

The phone is on display in Barcelona, Spain. However, this phone won’t go for sale to the consumers. So, it’s like a concept phone that managed to be more than just a concept phone.

Moreover, the ZTE Gigabit Phone can be taken as a hint to the future. It’s showing us 5G is getting nearer. But can this be called a “pure 5G” phone? Well, for now, let’s just say it is a 5G capable phone. It is in the sense that 5G standard is yet to be finalized. And major network carriers worldwide are about to test the 5G in the year 2017/2018. Hence, the 5G can be expected to go global by 2020.

Coming back to the 1Gbps download speed the phone supports, it is ten times faster than first generation 4G that’s still in use today. It’ll come handy while live streaming 360-VR videos, instant cloud access and downloading HQ audios and videos in time lesser than a second. Hence, this phone is a great achievement in mobile data connectivity.