Samsung Galaxy A33 sports a 6.4″ Super AMOLED panel with support for a 90Hz refresh rate. The screen has an  Infinity-U notch. Further, the phone comes with Gorilla Glass 5 protection.

Over on the back, the phone gets a rectangular camera bump with rounded corners like the rest of the A-series. The phone is available in four color options. 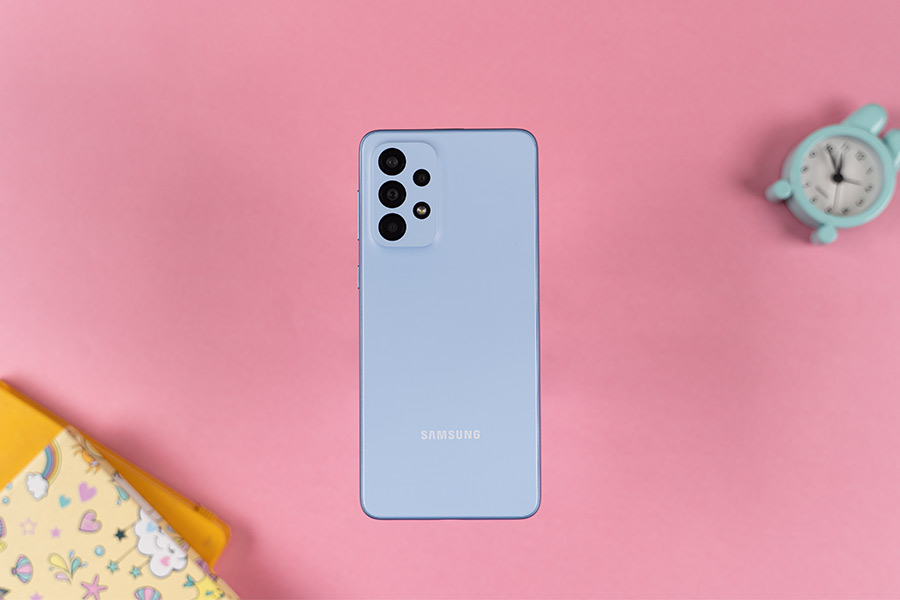 Powering the phone is an unnamed octa-core processor. But it is widely assumed to be the new Exynos 1280 chipset. In terms of specifications, it is said to bring two Cortex-A78 (2.4GHz) performance cores and six Cortex A55 (2.0GHz) efficiency cores.

The new camera island at the back of the Samsung Galaxy A33 5G is home to a quad-camera setup. Leading the lineup is a 48MP primary camera, just like in the Galaxy A32 5G. However, this time around, Samsung has added Optical Image Stabilization that should help you take steadier shots. The ultrawide camera has an 8MP sensor. You also get a 2MP depth and a 5MP macro camera. 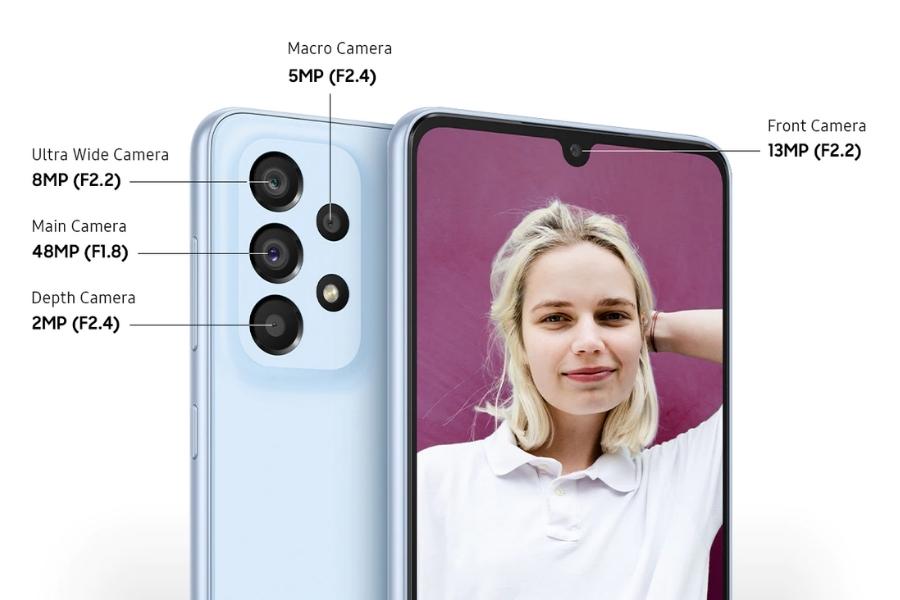 Upfront, Samsung has included a 13MP shooter for selfies and video calls.

Samsung Galaxy A33 5G gets its juice from a 5,000mAh battery. The phone even supports 25W wired fast charging. It ships with the latest Android 12 with Samsung’s OneUI 4.1 skin on top.

Samsung Galaxy A33 5G Price in Nepal and Availability

After the recent price drop, Samsung Galaxy A33 5G is now available at Rs. 41,999 for the sole 8/128GB variant in Nepal. It is a lot cheaper than the Rs. 46,999 price tag that it initially debuted with. You can purchase it from e-commerce platforms like Hukut and other authorized stores across Nepal.