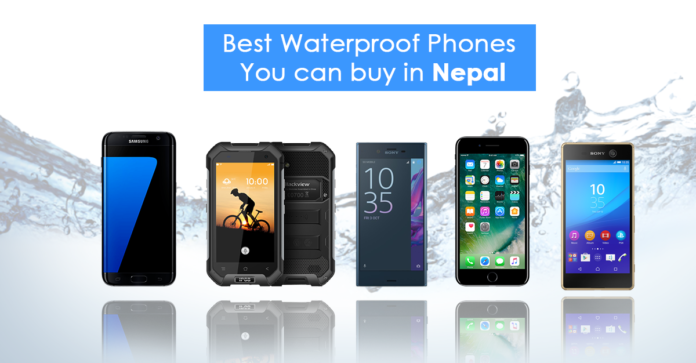 Gone are those days where your expensive smartphones get damaged by water. The new era of smartphones is made to withstand the usual calamities like drops, water, and dust. With Holi nearing in if you are thinking of capturing all those colorful moments without getting your phone damaged then consider looking at this list of best smartphones which are not only waterproof but also powerful.

What is IP68 Rating? Most of the waterproof phones have 6 rating on dust chart by default. In water test, it is not that the phone passes through all the tests to get to level 8. But the smartphones are tested only for the specific level. For example, if we want to rate our smartphone as IP68, then it has to go only through “Immersion beyond 1m” test and nothing else. Samsung Galaxy S8 is undoubtedly the most beautiful phone right now. With a high price tag and a lot of innovation going under the skin, the phone cannot certainly miss out its signature feature — the water resistance. Even with a compact form factor and infinity display, the Galaxy S8 has managed to incorporate IP68 water and dust resistance. Not to mention, the phone has a new 18.5:9 aspect ratio display, it’s a bit elongated panel and a lot of content don’t fit properly but it’s what all phones will have in the future. The display also happens to be one of the best displays in a smartphone right now. The phone also comes with one of the best smartphone cameras right now and has the edge over other flagship phones when it comes to low-light photography.

S8 has taken a minimal approach for its UI and it’s not cluttered like the last gen Samsung phones. It is one of the handiest and most premium phones you can buy in Nepal right now. The price of Galaxy S8 and the S8 Plus is Rs. 88,900 and Rs.98,900 respectively. Whenever someone asks for a waterproof phone, Galaxy S7 and S7 Edge is the first thing that comes to my mind. These phones are IP68 water and dust resistant and can be submerged up to 1.5 meters in water for 30mins. These phones have one of the best AMOLED display in a smartphone and not to mention that insane f/1.7 Camera which still is hard to beat for many flagship Android phones. The phone also comes with fast and wireless charging.

If you are looking for a complete Android phone minus the stock Android experience, it doesn’t get any better than this. Not only S7/Edge are solid water resistant phones, but one of the best phones that you can buy in Nepal. The S7 Edge is priced at Rs. 68,900 and the S7 is priced at Rs. 57,900. Expensive phone + No waterproof = No good! iPhones for the longest time has been one of the most expensive phones for general consumers. Despite the high price, it lacked the prominent feature of water resistance, which many of its Android counterparts have been adopting for years. iPhone 7/7Plus has one of the fastest mobile processor, the A10 which simply flies through everything you throw at it.

The 7 Plus also has an insane dual camera setup with a telephoto lens which allows you to zoom in without losing the quality. Not only that, the dual camera of the 7Plus is one of the finest cameras in a smartphone.  Finally, the iPhone 7/7Plus is IP67 water and dust resistance making them better than ever. The iPhone 7 pricing starts from Rs. 92,000 and 7 Plus from Rs. 1,13,000. 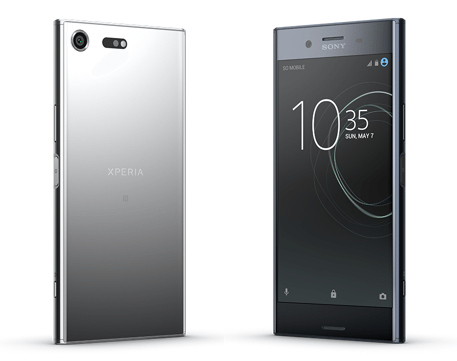 As far as water resistance on Android phone is concerned, Sony was among the first or the only ones to implement this feature starting with the Xperia Z back in 2013. At that time, it was a bragged feature that made them distinct but today it is an utmost necessity.

Xperia XZ is one of the most premium Android phones you can buy in Nepal. The phone comes with 5.2-inch full HD display, SD 820, 23MP Camera, fast charging, USB C and more. Not only the phone is IP68 Water and Dust Resistant but the Sony’s solid industrial design makes it aesthetically beautiful. The Xperia XZ is priced at Rs. 75,000 in Nepal. Like mentioned earlier, Sony was the first to adopt the water resistance on their phone and it doesn’t stop just with their flagship phones. Priced at Rs. 33,200, the Xperia M5 Dual is a mid-range phone from Sony to have water resistance with an IP68 rating.

The phone comes with 5inch Full HD display with 441ppi, it is powered by Helio X10 SoC coupled with 3GB of RAM. Optics wise it comes with 21.5MP Rear Camera and 13MP Front Facing Camera. The M5 Dual is backed up by a Non-removable Li-Ion 2600 mAh battery. On the downside, the phone is two years old and runs on Android 5.1 Lollipop. And finally, if you want a phone that can not only withstand water but all the forces of Mother Nature then Blackview BV6000s is the phone you’ve been searching for. The phones back case is made up of dual molding frame and the sides are made up of metal. It also has highly padded rubbers on the edges of the phones which protects the phone from extreme drops.  This phone is made for the extreme environment thus the Dual Satellite Positioning system, Atmosphere Pressure Sensor and IP68 water and dust resistance.

Priced at Rs. 20,000, it features a 4.7-inch HD display with Gorilla Glass 3 protection, a quad-core processor, and 2GB RAM runs the show with power provided by a 4500mAh battery.