DJI has recently been aggressively expanding its product portfolio. Following the release of a new FPV drone and action camera, DJI launched its latest smartphone gimbal called the DJI Osmo Mobile (OM) 6 a couple of months ago. The OM 6 has improved subject tracking and is compatible with larger smartphones. It is now available in Nepal as well. So let’s walk through the official specs, features, availability, and price in Nepal of the new DJI Osmo Mobile 6.

The DJI Osmo Mobile 6 makes some minor improvements to its predecessor, the DJI OM 5. DJI has changed the name of this year’s gimbal back to “Osmo Mobile” rather than the previously used “OM”. 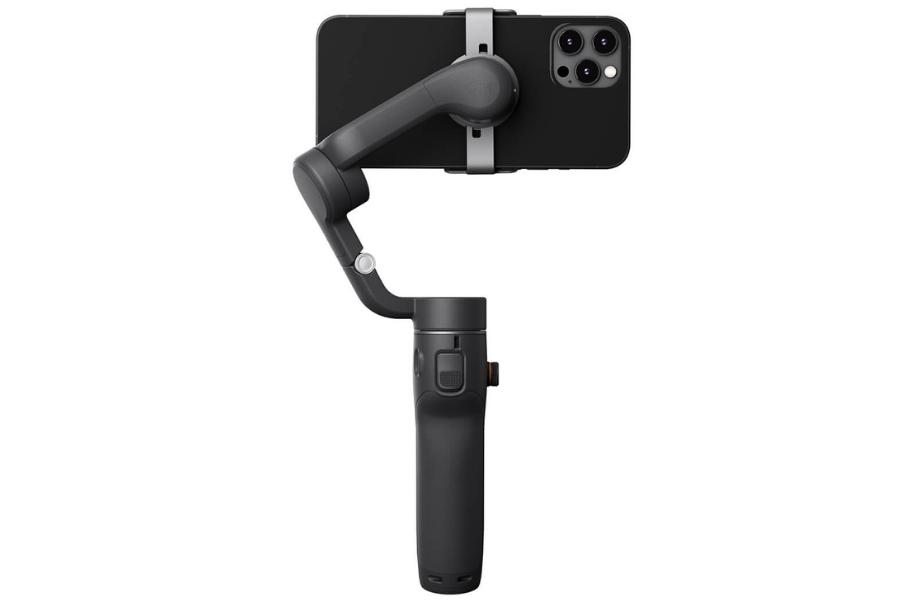 It maintains the same tried and tested foldable form factor as the OM 5 but with a more compact footprint and the ability to handle bigger phones. Like the DJI OM 5, the OM 6 includes a built-in extension rod for taking selfies and videos from a distance.

This time around, DJI has also added a side wheel that will enable users to control zoom or focus right from the gimbal itself. Also, the DJI Osmo Mobile 6 now has a built-in status panel that displays the selected operation mode of the gimbal and battery status. And an iPhone-only Quick Launch feature, a new side wheel, and a built-in status panel.

The stabilizer also has an iPhone-exclusive feature called Quick Launch.  After unfolding the gimbal and attaching it to an iPhone, it automatically opens the camera view on the DJI Mimo app. According to DJI, this feature reduces the preparation time taken to shoot a video by 3 times compared to older DJI OM gimbals.

The DJI Osmo Mobile 6 also has an upgraded version of its ActiveTrack technology. As a result, it now offers more stable long-distance tracking and allows front-camera tracking of subjects that turn to the side or spin.

According to DJI, this enhanced tracking method makes shoots “more story-like” by making the subject the center of attention. By tapping the M button on the DJI Osmo Mobile 6, users can change between four modes, Follow, Tilt Lock, FPV, and SpinShot.

Other features present on the Osmo Mobile 6 include one-tap editing, gesture control, timelapse, and panorama among others. More so, the DJI Mimo app is capable of recommending shots based on the scenarios thanks to its ShotGuide feature.

The price of DJI Osmo Mobile (OM) 6 in Nepal is NPR 26,500. You can buy this smartphone gimbal in Nepal from authorized stores like Hukut.