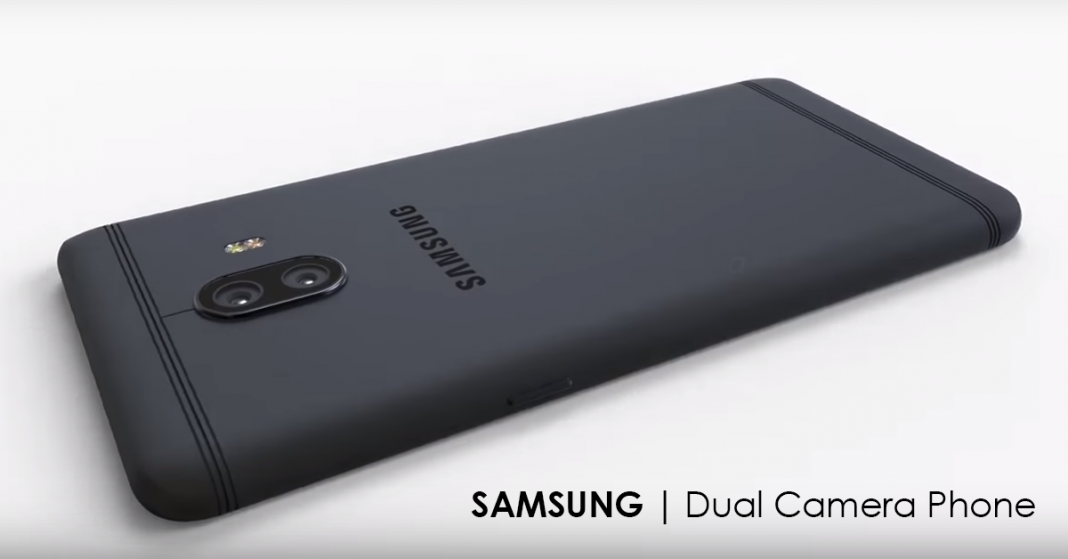 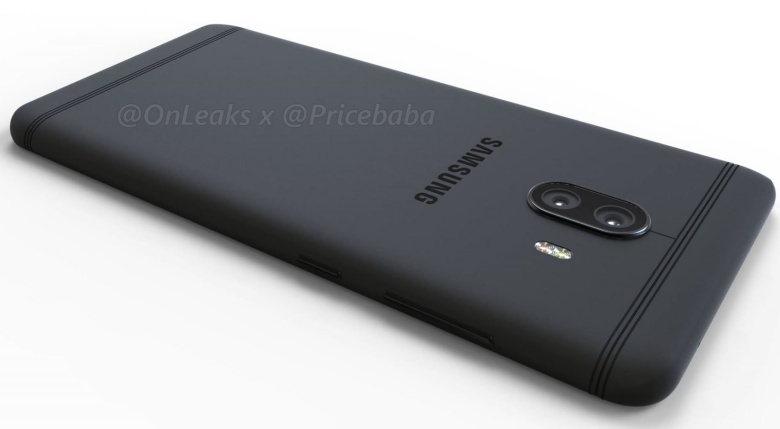 The latest render leak from OnLeaks and Pricebaba boldly shows off the dual camera setup on the yet-to-be-announced Samsung Galaxy C10. The render leak looks promising with 3-strips antenna bands on top and bottom just like in the Samsung Galaxy C9 pro. As you can see on the picture above, the dual rear cameras are placed vertically accompanied by dual tone LED flash. It’s hard to say whether the setup is of wide angle – normal lens or normal – telephoto lens or same lenses with RGB or B/W sensor. Anyways, my bet is on them to be wide angle and a normal lens. On the left, there is a button below the volume rockers and don’t get it confused with a power button which will rather be placed on the right. Like the Samsung Galaxy S8, this button is for triggering Samsung’s in-house AI, the Bixby.

More to this, it has a USB type C on the bottom with a loudspeaker and a 3.5mm headphone jack. Thankfully, there won’t be an odd placement of fingerprint sensor and will reside below the 5.5inch display. The sensor will double as a home button just like other regular Samsung phones. Rest of the specs of the phone are yet to be announced and we’ll surely keep you updated. So stay tuned.

If you’re interested to find out leaked specs of J7 2017 then you may check it here:

So, if I’ve to put my bet on the first rear dual camera phone from Samsung then the Galaxy C10 is what I’ll put my money on. However, it’s likely that Samsung Galaxy J7 2017 will launch sooner than the C10. But just a case leak out of nowhere isn’t as considerable as a leaked render.