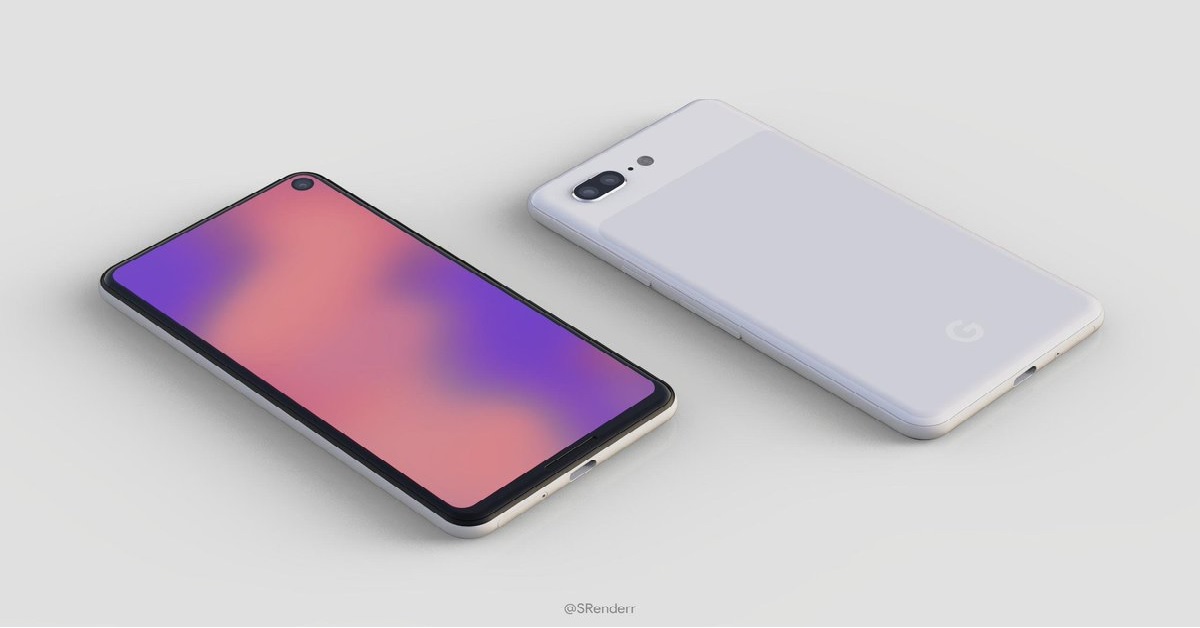 It meticulously shows a dual camera setup at the back, and a punch-hole display on the front just like the Galaxy S10. Although Google smartphones may not be the best selling handsets in the smartphone box office, they are well-remarked in the tech community. They are also considered the best when it comes to mobile photography prowess. Their prodigy in computational photography has received heaps of praises from everyone. Well why not? When phones were moving to dual and triple cameras, the company was achieving all that result with a single unit! Even on the DxOmark, Google Pixel 3 and 3XL have been the best camera smartphones with a single lens.

But the search engine giant seems to be changing its winning formula in its new devices. Owing to the recent render of the Google Pixel 4 XL, we can evidently see two rear cameras and a punch hole display on the front. A rendered image leaked by the SlashLeaks shows the punched hole on the display embracing two selfie cameras. Gotta keep up with the trends, right? However, the image of the prototype (allegedly) of the device shows a single camera on the front. So we still have to wait for further leaks to get more insights.

Other than that, the design looks strongly similar to the last year’s model since the dual-tone color scheme is indistinguishable. But on the front, there is very slim bezels when compared with the last year’s devices. Since we didn’t see much design changes in Pixel 3 and 3XL, these changes will definitely be welcoming.

Since these attributes came just from a supposed leak, we will definitely have to wait for the official unveiling of the device to confirm all these features. Nonetheless, we can be sure about the presence of Snapdragon 855 chipset and the yet-to-be announced Android Q OS on board.