Home 5G How is the new Huawei Mate Xs different from the original Mate... 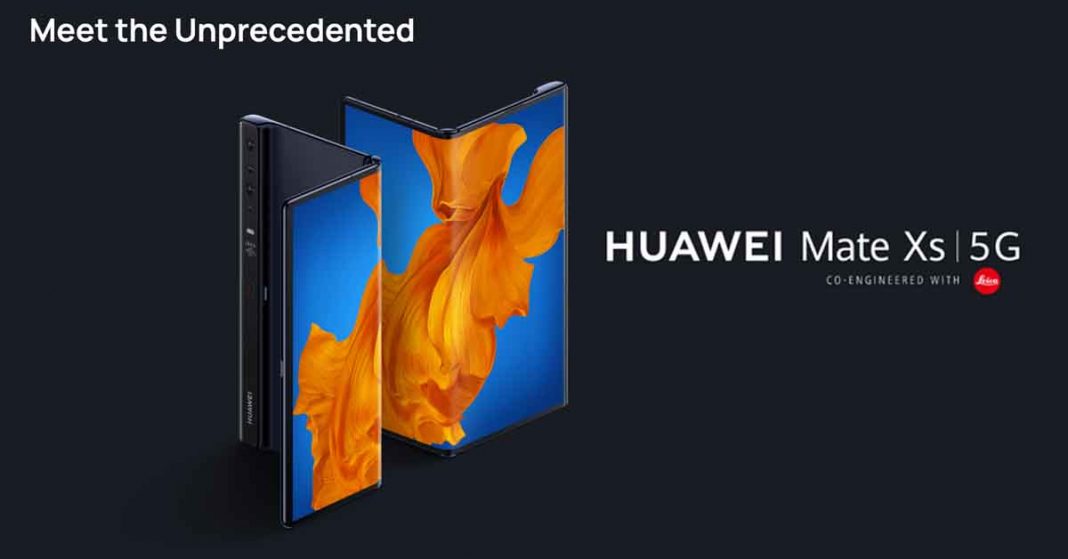 For some reasons, the smartphone industry is convinced that the foldable smartphones are the future. It all started with Royole FlexPai. Since then the top smartphone companies are battling it out for supremacy in the foldable technology. In between that, an unannounced rivalry between Huawei and Samsung kicked off; however, we can still argue if the audience liked either of Samsung’s Galaxy Fold or Huawei’s Mate X as foldable smartphones, in general, came with a lot of problems of their own. 2020 looks to be the year the problem will be fixed. Samsung has already released the Samsung Galaxy Z Flip with its Ultra-Thin Glass technology. Huawei has followed Samsung by launching a successor to Huawei Mate X– the Huawei Mate Xs.

Just like the moniker, Huawei hasn’t changed much in the Huawei Mate Xs as compared to Huawei Mate X. In terms of design and exterior looks, there is hardly anything separating the two devices. So, it is safe to say that the motto was to make it more durable and reliable. And in doing so, Huawei has thrown in some upgrades in terms of hardware.

While Samsung and Motorola are now turning to clamshell foldable design, Huawei has stuck to its outward folding design. Unlike any of the foldable in the market, you don’t have to unfold the device to get to the screen as the screen lies on the outer surface. The back of the device is almost flat except for the bump to house the camera module. The specification of the screen is also unchanged; Huawei Mate Xs also comes with a 6.6-inch OLED panel which when unfolded extends up to 8-inch. 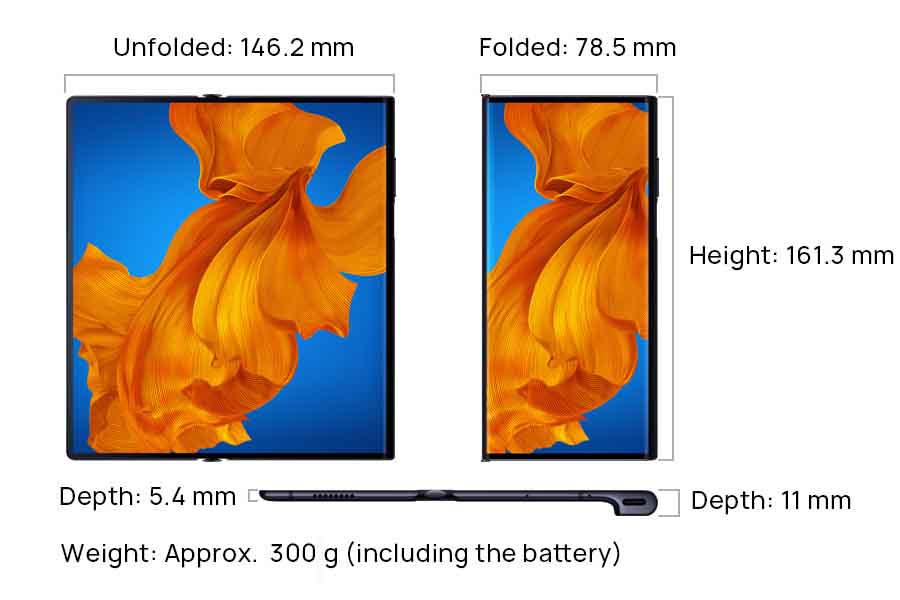 The change, however, is in the protection film on top of the screen and the folding mechanism. Huawei has thrown in a bi-layer polyamide film on top of the screen to protect the screen as the outward folding mechanism exposes the screen to real-world hazards. To ensure it doesn’t suffer the fate of the Samsung Galaxy Flip, Huawei has warned users not to remove the dedicated protective film. It has also suggested people not to use any third-party protective film. Below the layer, lies the screen which is separated from the device with the help of a polymer layer. And there is no glass involved in any part of the screen.

For durability, Huawei has turned to a hinge mechanism made up of a liquid metal-based on zirconium. The interlocking components in the hinge are said to make the folding and unfolding process even more smooth. To extend the life of the device, Huawei has suggested preventing any object including liquid from getting near the hinge and the device.

Huawei Mate Xs comes with some internal upgrades to its predecessor as well. The most notable one is in the chipset department. It comes with an octa-core Kirin 990 5G chipset. The chipset comes with an integrated 5G modem (Balong 5000). The graphics department is handled by Mali-G76 and there is also a neural processor based on Huawei’s Da Vinci architecture to care for your AI needs. For storage, we have 8GB of RAM and 512GB of internal storage. Huawei has also introduced a new cooling system solely for foldable smartphone that utilizes flexible bionic graphite for balanced dissipation of heat. 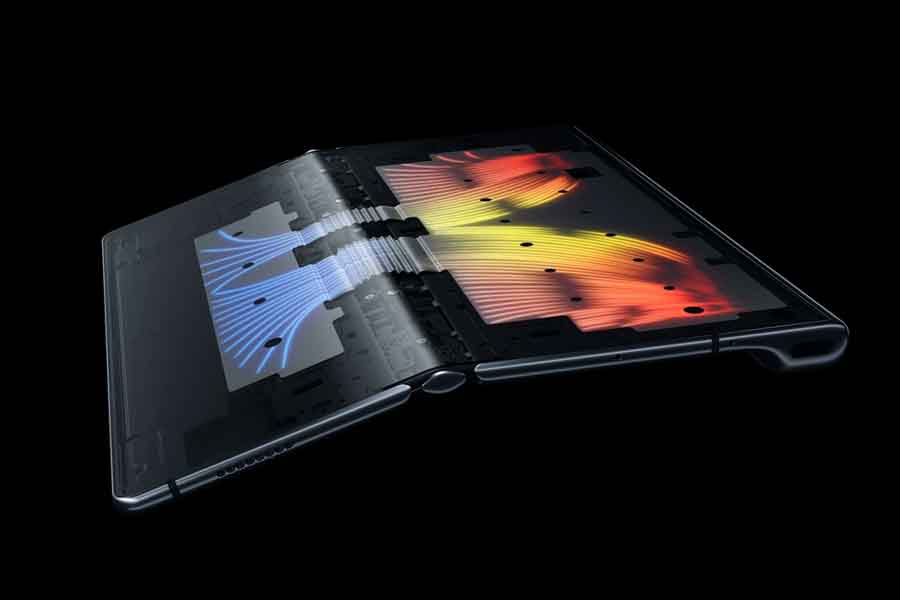 Huawei Mate Xs comes with the latest Android 10 with Huawei’s EMUI version 10.0.1 on top. However, it won’t come loaded with the essential Google Mobile Services (GMS) courtesy of the ongoing US ban. GMS will be replaced by Huawei Mobile Service which we doubt can fill the void of the mighty GMS. At a given time, Huawei claims the Mate Xs can feature one app in each part of a screen and the third one in the form of a floating window.

The camera and the battery have been left unchanged in the Mate Xs from the Mate X. It features Leica’s 40MP quad-camera setup. The primary camera is accompanied by an 8MP telephoto lens, a 16MP ultra-wide sensor, and a 3D depth sensor. It comes with the same 4,500 mAh battery. There is also a finger-print mounted on the right side of the device.

While Huawei didn’t release the original Mate X outside China, it is planning to launch the Huawei Mate Xs in the global markets. As of now, it is priced at 2,500 Euros (~NRs. 3,12,000) which makes more expensive than last year’s Samsung Galaxy Fold and this year’s Samsung Galaxy Z Flip. The Mate Xs will go up for pre-booking in China starting March 5 for¥16,999 (~NRs. 2,76,320) on Huawei’s e-commerce site Vmall.com.