It was last Friday, Huawei Nepal announced to launch the Huawei Y9 2019 along with three other phones in Nepal. Nobody expected it to be so fast but Huawei made it really quick and brought the handset just in two days after the announcement. The phone is supposed to be the successor of the Huawei Y9 2018, which was launched in April. In just six months of time, the Chinese smartphone maker brought a new and upgraded handset, which is really good. But it is quite strange that the phone comes with “2019” in its name. Does this mean that the phone is equipped with capable specs that make it a worthy purchase even in 2019? Let find out!

On the performance front, Y9 2019 comes with the HiSilicon Kirin 710 chipset which is a huge upgrade over the Kirin 659 chipset on its predecessor. The phone also comes with 4GB of RAM and 64GB of onboard storage, which is another worthy upgrade. With new memory configuration, the newbie shall suffice the needs of most of the users quite easily. But in case of insufficiency, the user can always make use of the Micro SD card slot, which would allow the users to extend the memory up to 400GB. 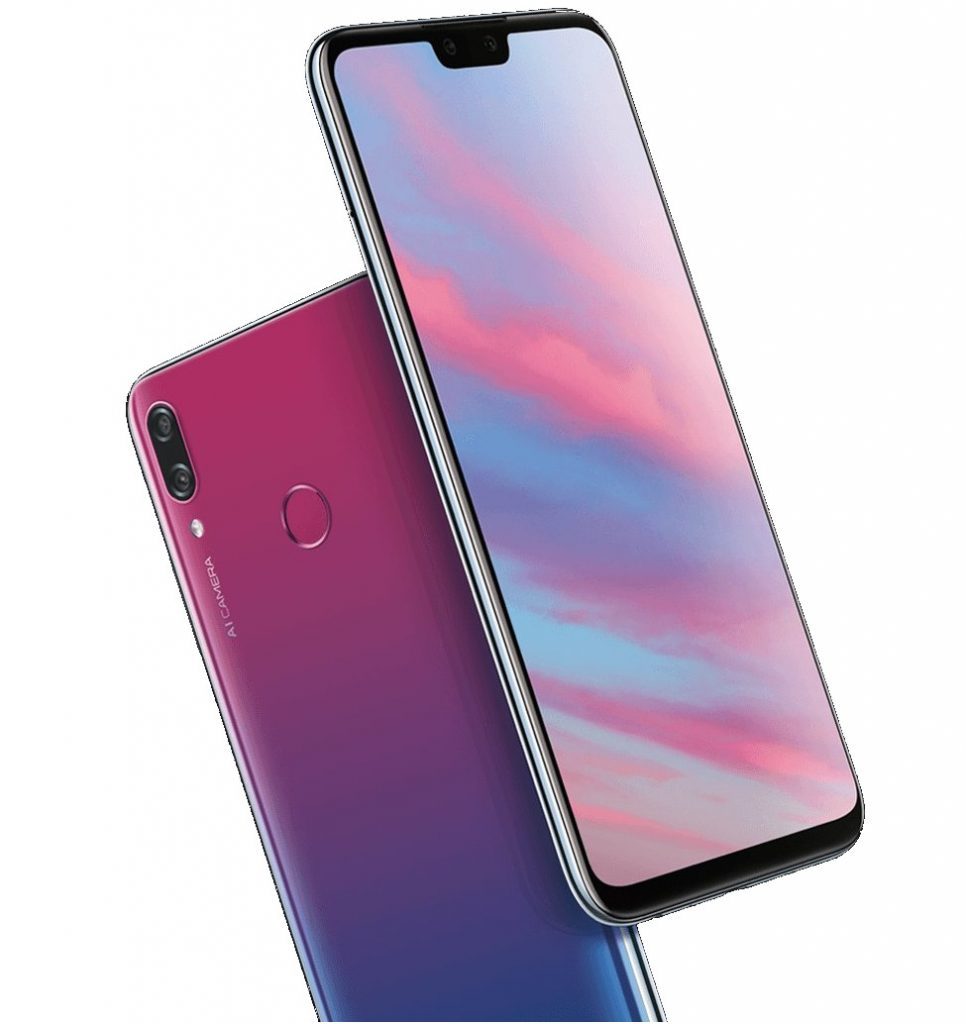 On the software side, the Huawei Y9 2019 comes with the Android Oreo (v8.1) out of the box. Huawei has also sprinkled EMUI 8.2 on the top to spice the things inside the system in Huawei’s way. After a month Google will release the Android Pie (v9.0), however, Huawei has not mentioned anything about the software updates. So if the phone runs on Oreo even in 2019, that would probably be a huge shame.

The thing, which would excite the customers most in the Y9 2019, is probably its cameras. Just like the Huawei Nova 2i, Nova 3i, and Y9 2018, the newbie comes with a quad camera setup. The phone embraces dual cameras on both the front and on the back end. The rear panel houses a 16MP + 2MP camera duo whereas the 13MP and 2MP reside meticulously in the notch on the front side. A depth sensor has been provided to the secondary camera on both the sides. The depth-sensor basically comes into action while capturing portrait shots in order to blur the backgrounds.

Talking about the sensors, the phone has got all the basic sensors like Fingerprint (rear-mounted), accelerometer, gyro, proximity, and compass sensors. It also comes with 4000mAh battery to fuel the processes inside the phone.

The Huawei Y9 2019 looks like a promising device. But given the price and specs, it is not worth the price in my personal view. We reviewed the Huawei Y9 2018, which also had quad-camera setup and the megapixel count was also the same. However, the phone failed to deliver what it promised as the captured images were not at all pleasing when compared to its competitors.

But things might have improved on the Y9 2019. Since the phone has a better processor, one can surely get a good performance while gaming and multitasking. With the good processor on the phone, image processing on this newbie might have been better and users can get better images than what we see from the Y9 2018. But since I don’t have my hands on with the phone, I won’t say more about the Y9 2019. What I want to say is even the phone has promising performance on all the departments (which happens in a rare case), the phone is still overpriced. When there is Xiaomi MI A2 (Rs. 30,999) at a much lesser price, which roughly outperforms the Y9 2019 on almost all the aspects (except the battery), why would anyone still buy the Y9 2019?

If Huawei had brought the phone at a price less than Rs. 30,000, it would still make some sense. But at the price of Rs. 34,900, the handset does not convincing by any means. Do you feel the same or are you impressed with the Huawei Y9 2019? Please let us know in the comment section down below.