Infocus, an American brand, too launched its product last year in Nepal via Prism Technologies Pvt. Ltd. Since then, they have been trying to make an impact with sales in the mid-range category. In the process of doing so, Prism Technologies launched the Infocus Epic 1 in January this year amid much fan fare.

I recently got a chance to use this device for over a week. The smartphone will be available starting March 14 at Rs. 30,000. Today, we take a look at whether the device lives up to its pricing and claims in this full review.

Probably the best feature of the Infocus Epic 1, the design stands out among everything else. I was impressed by the design at the back from the first time I held the device. It features a high-quality brushed-metallic back. At the back, the device is engraved with a primary camera which is accompanied by a dual-tone flash which is really bright. The smooth and glossy back has resulted in the device being extremely slippery, though. But the rounded edges make the Infocus Epic 1 comfortable to hold. I really had to handle the device with care after I nearly dropped it a couple of times. A fingerprint scanner sits below the flash. There are two antenna bands on the back: one at the top and one at the bottom. The design at the front is a bit weird, though. Overall, it looks bland and odd. Also, the front bottom bezel is one of the worst features of the Epic 1. There is a circular earpiece on the top, which might be a new design to some. A couple of sensors, a LED light, and a secondary camera accompany the earpiece. The bezel on the bottom, like I said, I something I really dislike. It reminded me of the bezel on the Pixel that everyone hates. 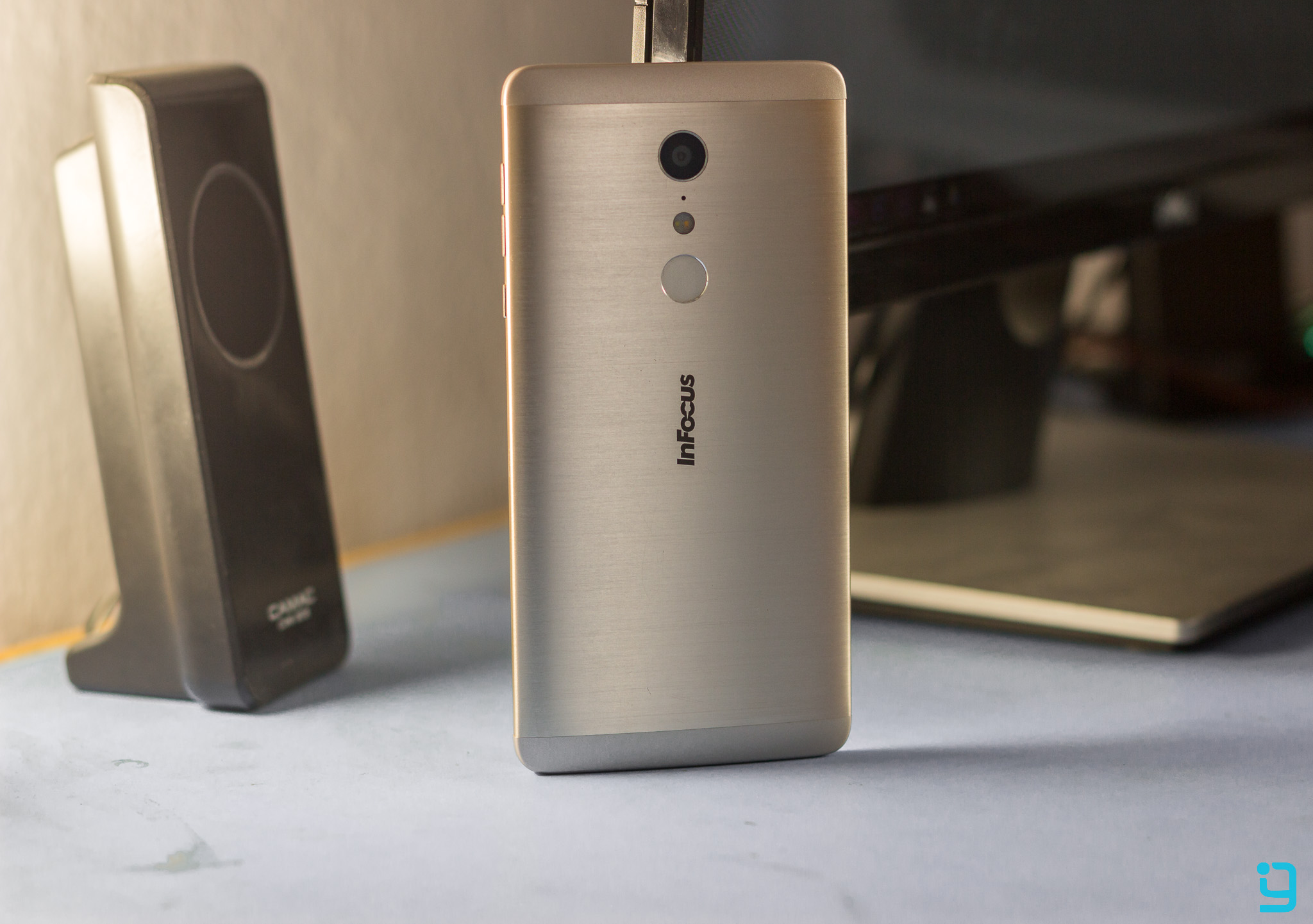 There is a headphone jack and an Infrared Sensor on the top. The Infrared sensor is a welcome addition in the device. For those of you who do not know, the Infrared Sensor can transform your device into a remote which can, in turn, let you control your electric devices such as TVs, Amplifiers, Set-up boxes, Projectors, DVDs, etc. I really missed the IR sensor when I went back to my previous device.

Devices in the mid-range category usually feature full HD displays and the Infocus Epic 1 is no different. It sports a tall 5.5-inch LTPS full HD display with the resolution of 1920 x 1080 pixels. Right off the box, the first thing I noticed about the display was the black band that surrounds the display.

[Note 1: Dear smartphone manufacturers, please lose those black bands around the display in your new smartphones. No one likes it and no one wants it. It only makes the smartphones look ugly.] 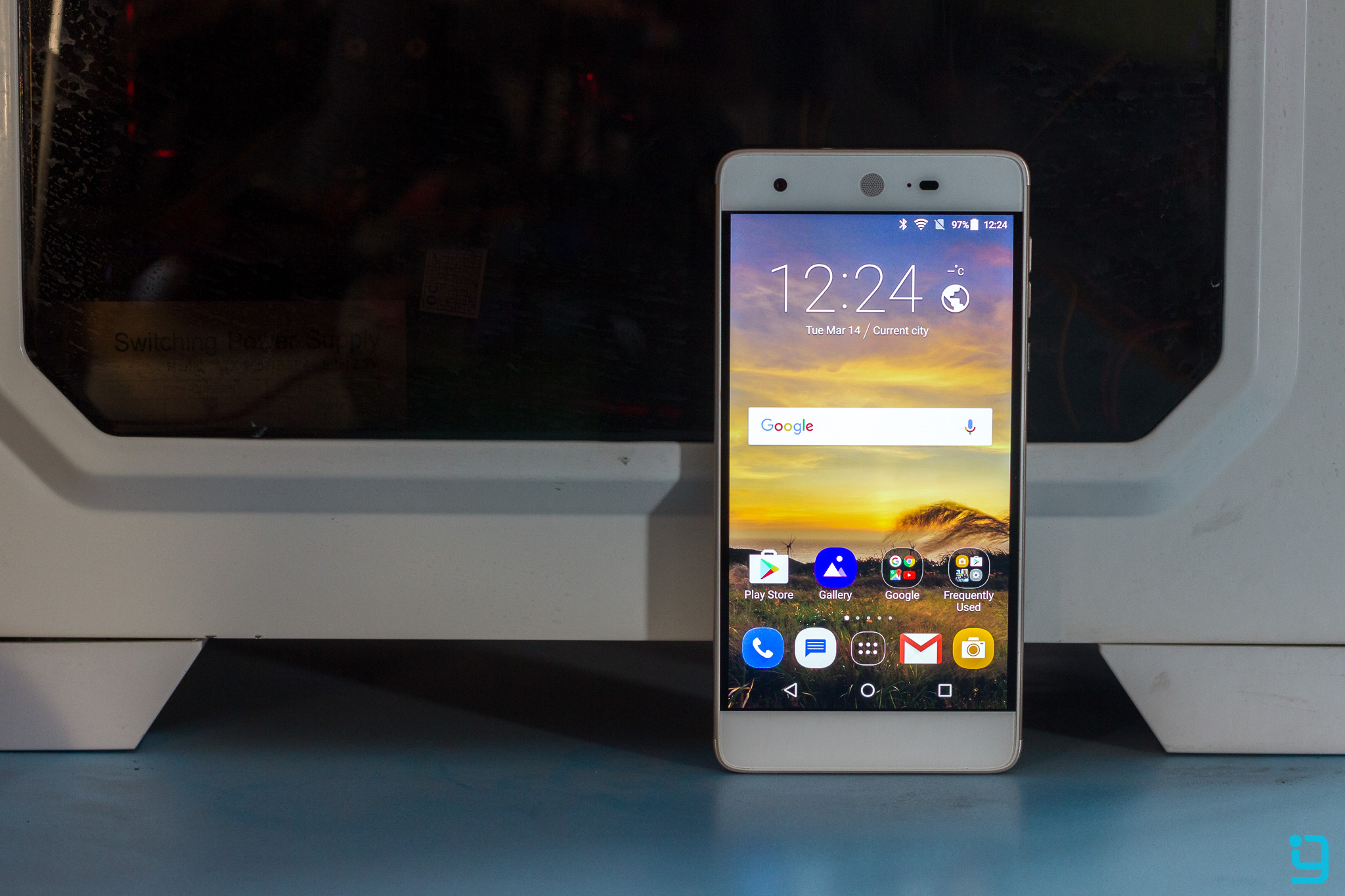 Other than the annoying black band, the display is quite vibrant and colorful. It is not quite saturated and popping like that of an AMOLED display, but it still is good. I had no problems viewing the screen under direct sunlight. I am a fan of cooler displays and the Infocus Epic 1 didn’t disappoint me. Oh, and for the warmer display lovers, there is a ‘Bluelight filter’ which can remove up to 75% of the blue light emitted by the display.

On the software front, the Infocus Epic 1 comes with Android 6.0 Marshmallow out of the box with Infocus’ very own Inlife UI on top. The UI is snappy and lag free. Right off the box, the device doesn’t feature any app drawer. But this can be changed via the preference setting. Even though I am inclined towards stock Android experience, I didn’t mind using the Infocus Epic 1. It does come with a couple of bloatware but I didn’t mind them (excluding BeautyPlus Me which I couldn’t even uninstall).

There is, however, no option for configuration and addition of gestures and functions which made the software experience quite dull which brings me to my note 2: Dear smartphone manufacturers, please include the configurations and gesture features in your smartphone. It makes the overall software experience top-notch and the smartphone can become livelier.
The software was overall quite snappy and responsive, which now brings me to the main point of reviewing any smartphone or device – the performance.

Let’s talk about the specs first. Underneath the hood, the Infocus 1 is powered a MediaTekHelioX20SoC that combines with a whopping Deca-core processor with the clock speed of 2.11GHz. The 10-cored processor is aided by 3GB of RAM and Mali-T880GPU. Now on to the real life performance, the Epic 1 is a classic example of the statement ‘more cores doesn’t mean better performance‘. Well, it’s not that the device lags all the time, but while playing games, it does stutter. Even while playing a simple game like Bat Climb on Messenger, the device started to stutter sometimes which I thought was a bug in the app. But when I played the same game on another smartphone, it didn’t lag at all. But do note that this happens sometimes.

The device still gets me worried when it heats up while playing high-end games or watching videos, like really hot. This heating issue also arose when I was charging the device. This is probably the result of the fast charging feature the Infocus Epic 1 comes with. Other than these, I faced no issues with the device. Except for a few times, even graphic intensive games work like a champ. Also, the IR sensor on it works quite well and is one of the best features, at least for me. If you are a moderate smartphone user, then you won’t be most of the issues I have mentioned, though. 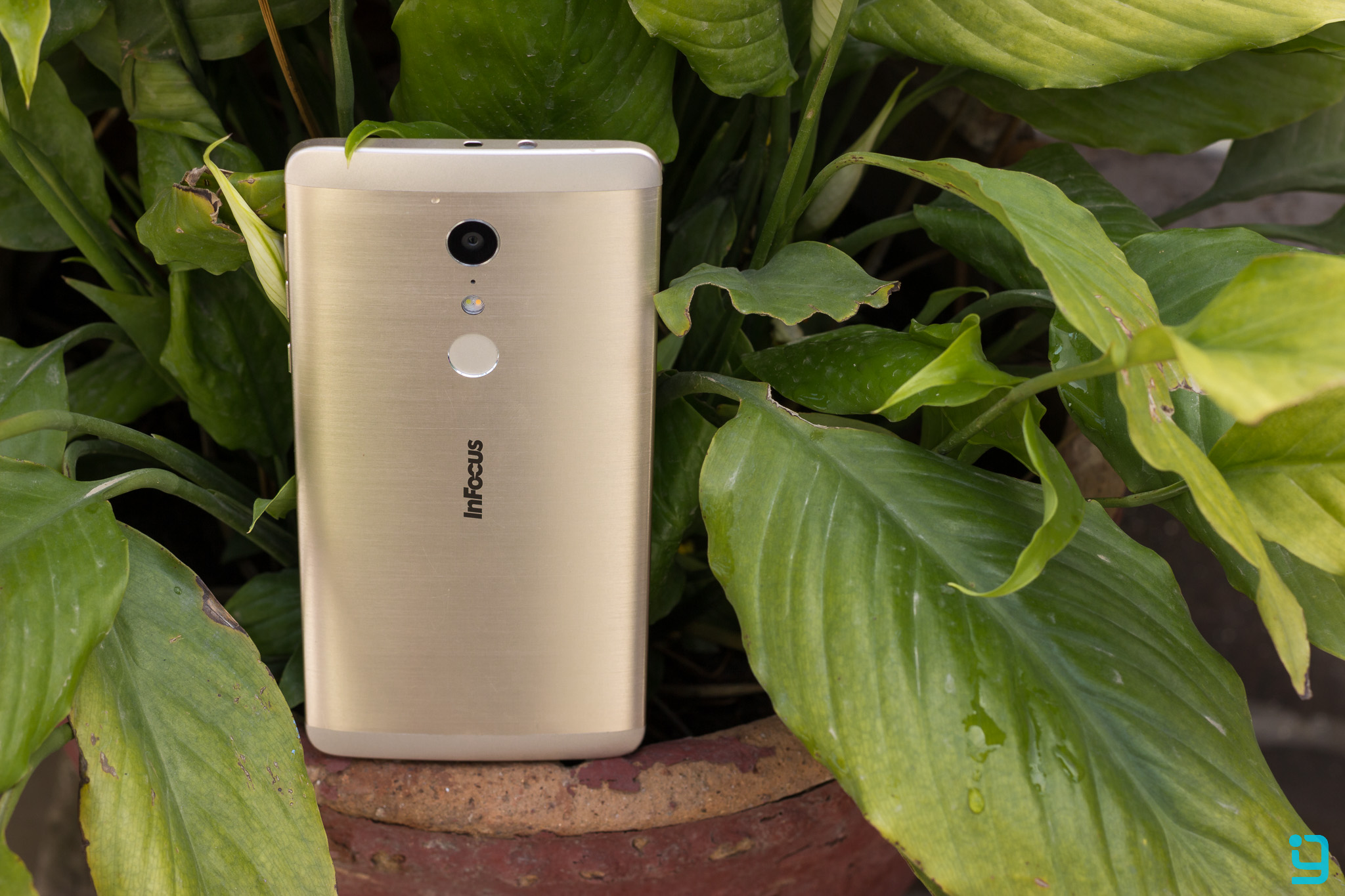 Talking about the hardware, the Infocus Epic 1 houses a USB Type-C port for charging and connectivity options. This is a welcome addition as its inclusion has made the device future proof. Alongside the port is a single speaker grill. The speaker sounds good and is really loud for a single speaker. It, however, lacks the stereo sound effect that we all love. It also gets covered easily while holding the device while playing games or watching videos. 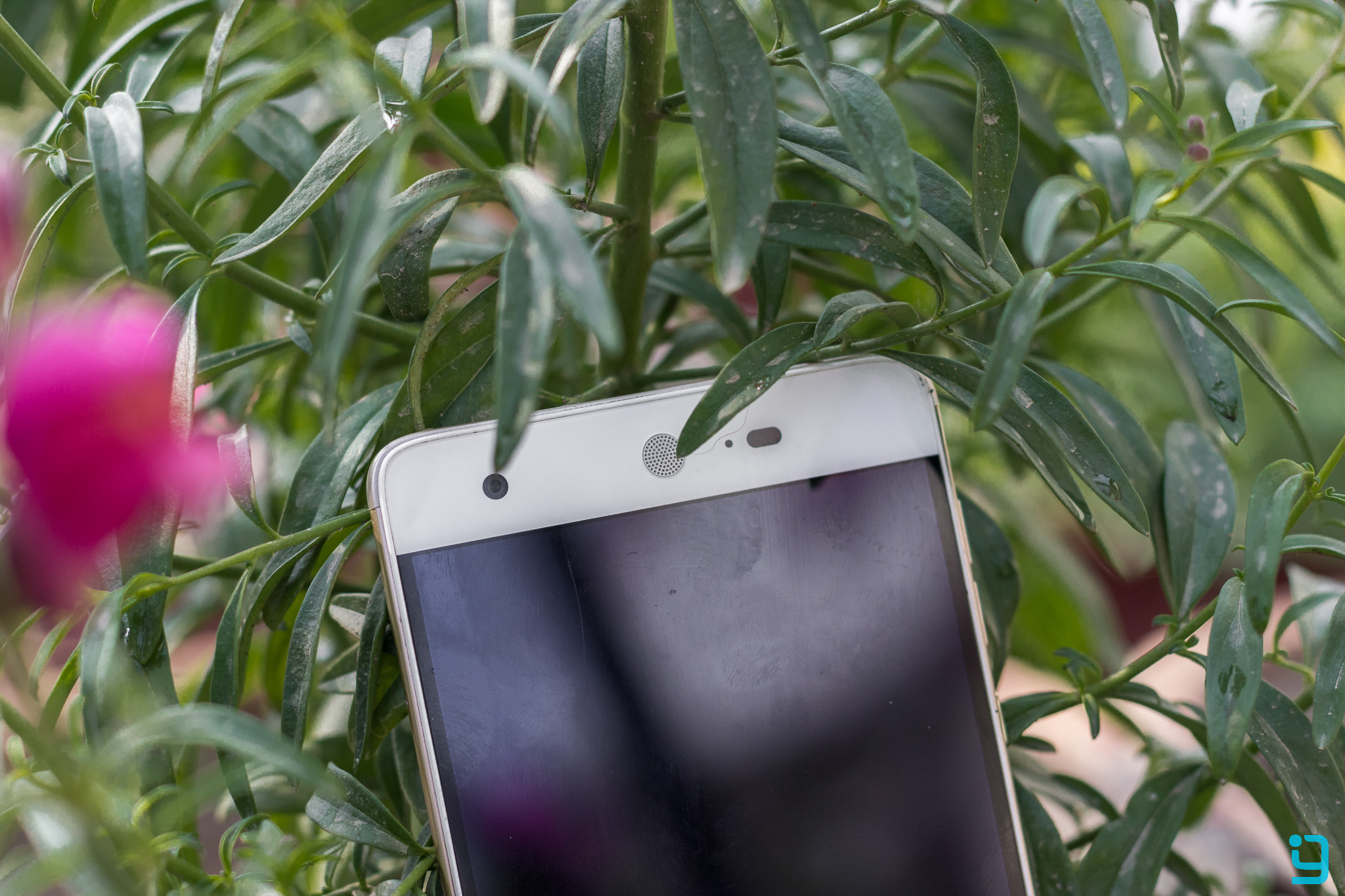 Storage wise, the Infocus Epic 1 comes with 32GB of onboard storage which can be expanded up to 128GB via a microSD card slot which also serves as the second SIM card slot.

The Infocus Epic 1 is equipped with a 16-megapixel rear-facing camera with f/2.0 aperture lens. This lens is accompanied by a dual tone flash which is quite bright and helps in the balance of color while taking pictures. Infocus is cashing in on the optics of this camera. The manufacturers have claimed the device’s optical zoom to really shine. But it didn’t quite live up to my expectations. Yes, the ‘zoomed in’ pictures look better than what few of the devices in its price range can offer, but is it a stand out feature of the Epic 1? Probably not. 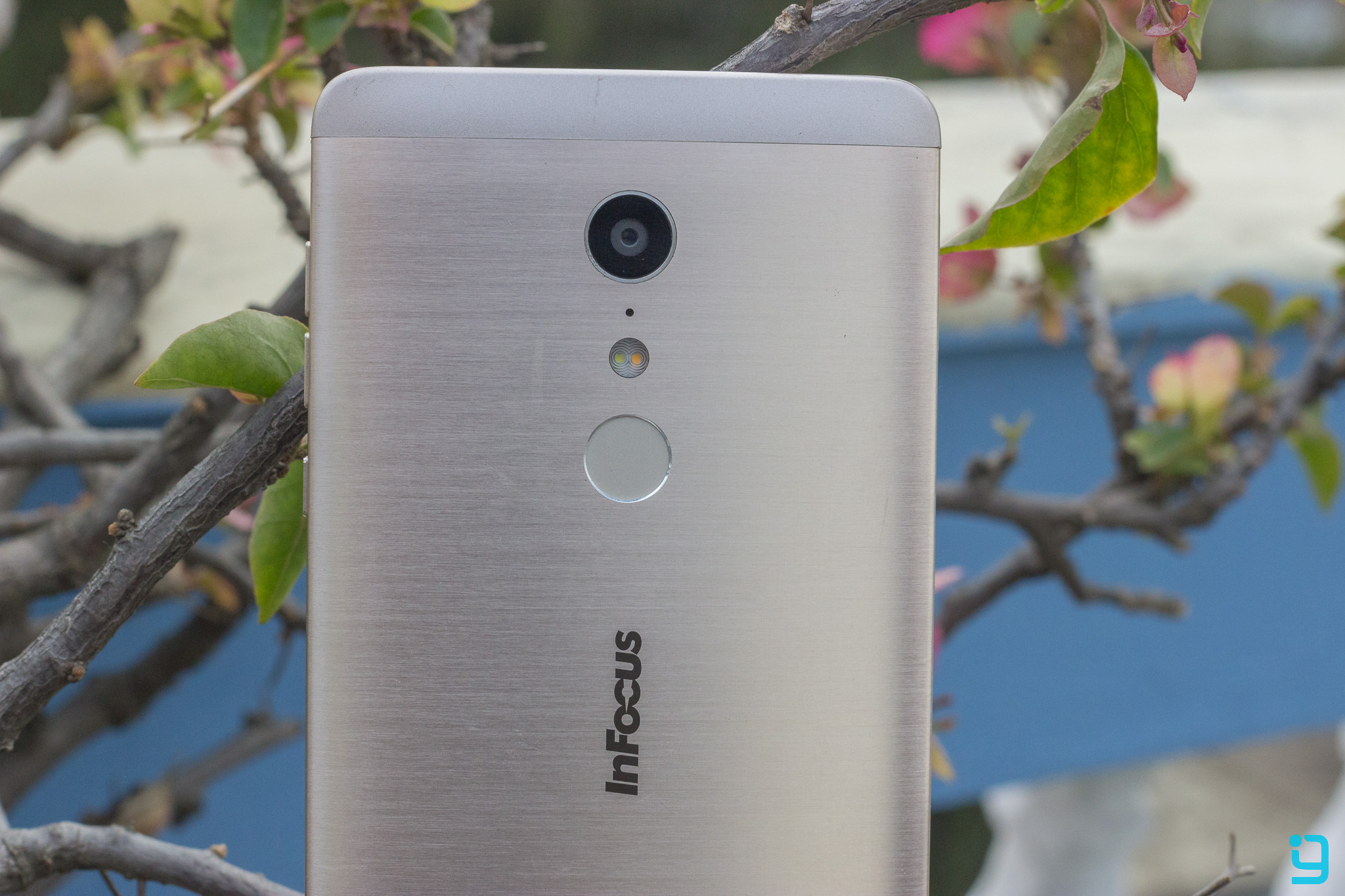 But I really liked the pictures that came out of the Infocus Epic 1. They were well saturated, vibrant and colorful. The best part of the rear facing camera was the macro shots that came out. They looked great in a well-lit environment. In a dark environment, the pictures come out quite noisy. They, however, aren’t as over exposed as other devices of this price range. 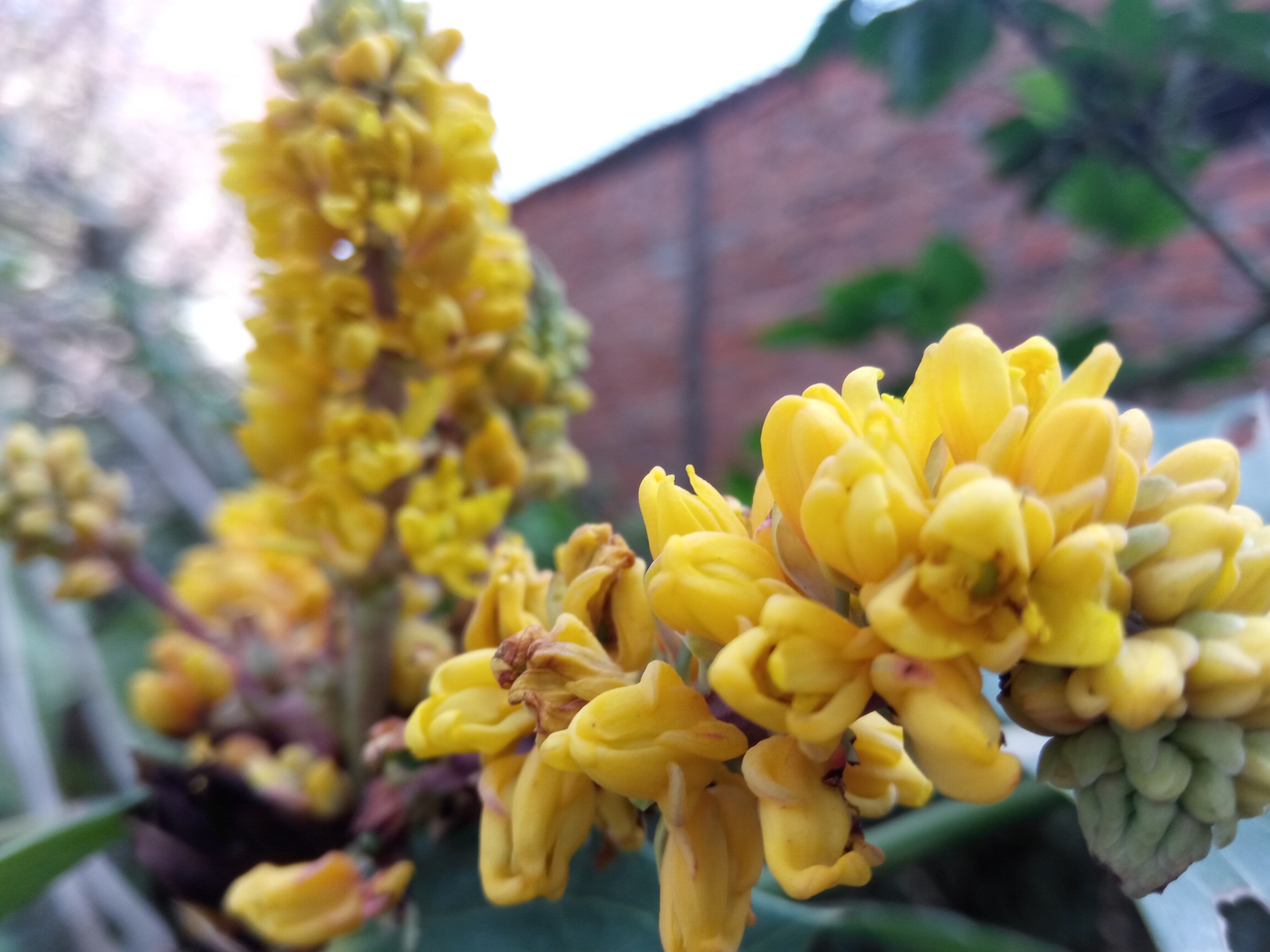 At the front, the Epic 1 is embedded with an 8-megapixel front-facing camera with f/1.8 aperture and 82° wide angle lens. It takes some decent social media ready selfies. It, however, suffers in low light. 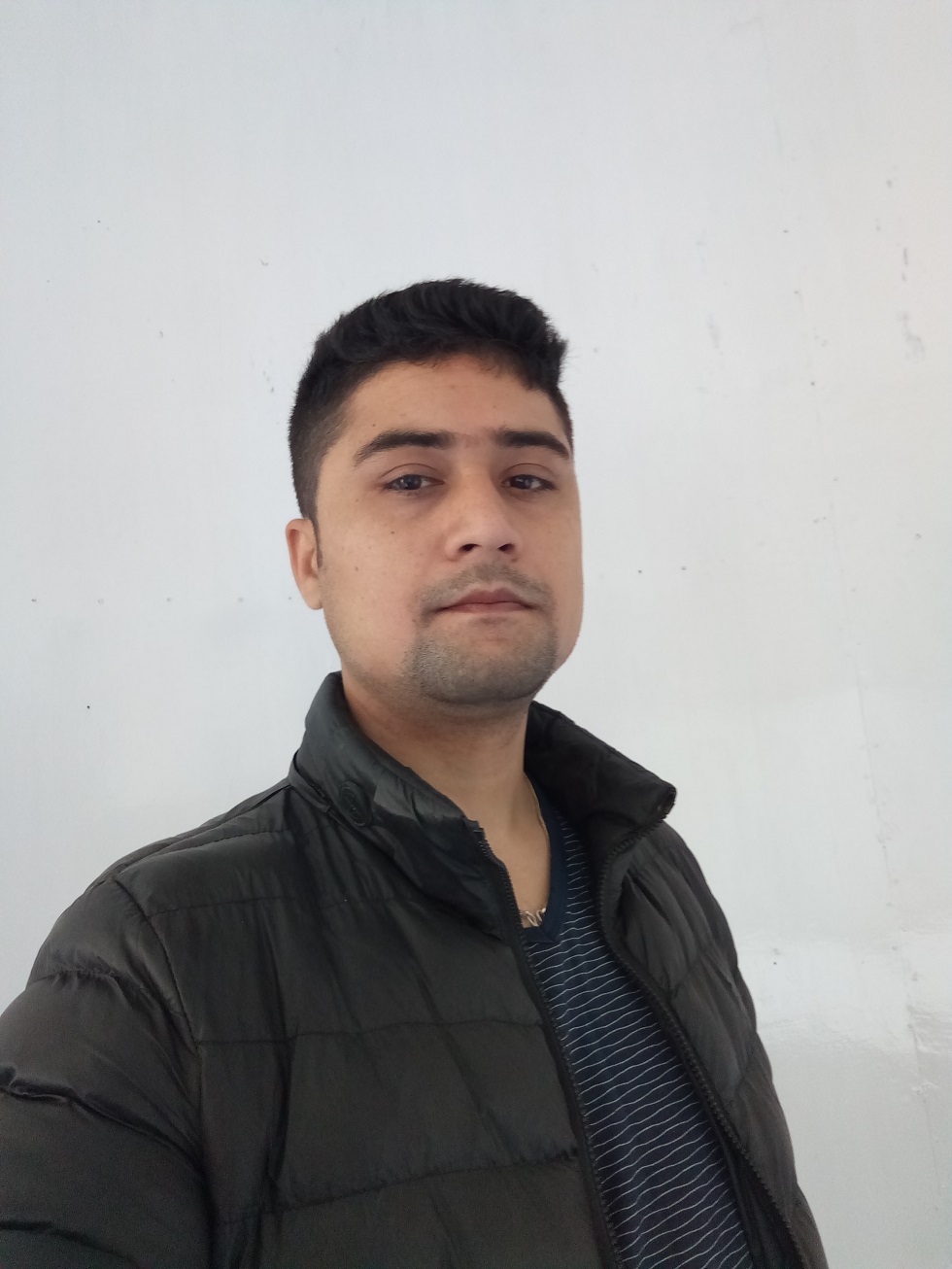 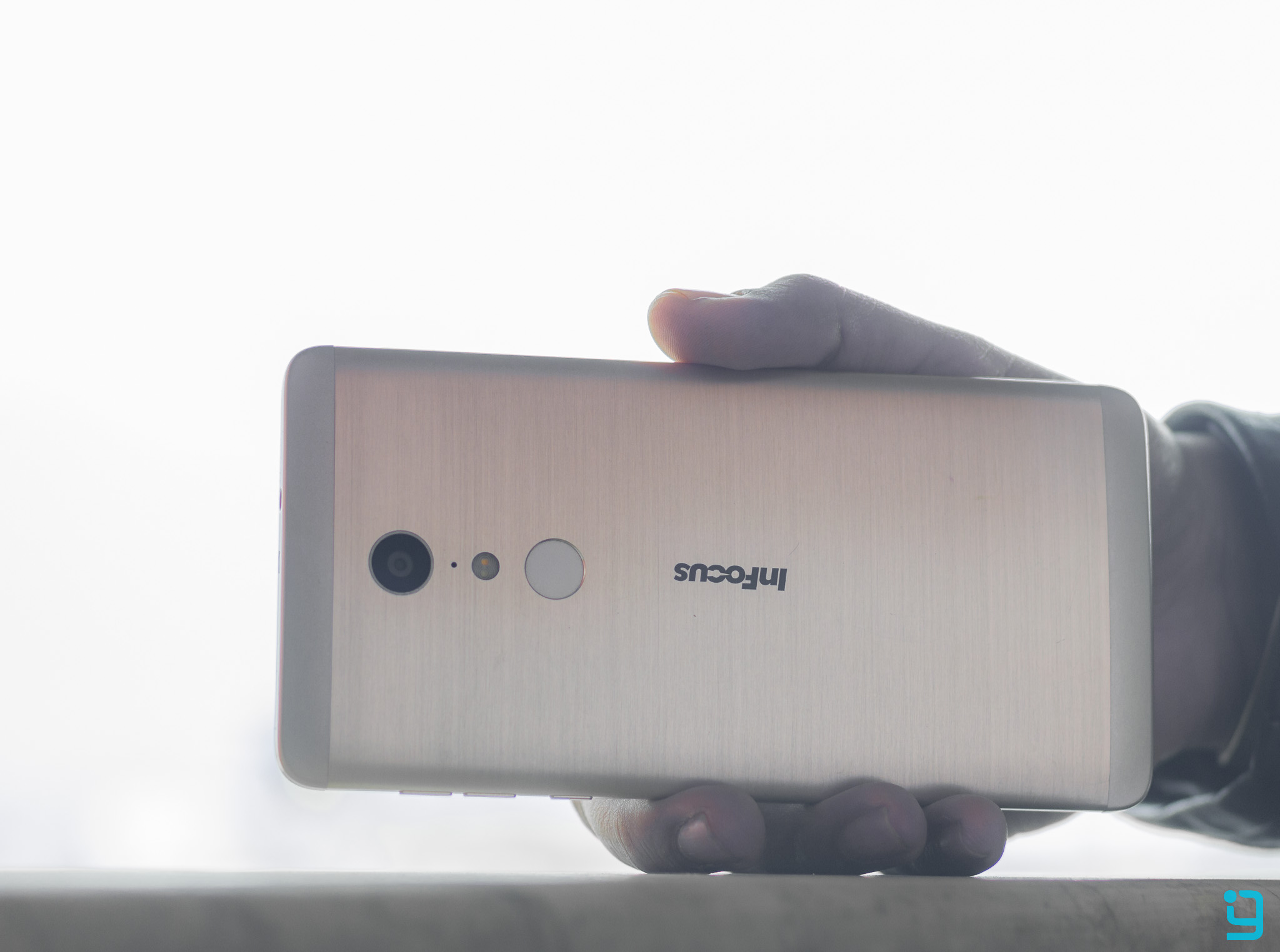 The Infocus Epic 1 has dual SIM slots for dual hybrid NANO-SIM card which means that the buyers will have to choose between a secondary SIM and a microSD card. Other people didn’t complain about the call quality and told me it was good.

The device supports 4G connectivity which is a necessity since Nepal Telecom has already started the service in Nepal. Other connectivity options include WiFi b/g/n, GPS, Bluetooth v4.2, hotspot and FM Radio. Sensors in the device include Magnetometer, Accelerometer, Proximity, Ambient light, and Gyroscope for the perfect virtual reality (VR) experience.

The Infocus Epic 1 is equipped with a 3,000 mAh battery. While on paper, a 1080p display and a 3,000 mAh battery might sound like a good match, the reality is the exact opposite. Under heavy usage, I got just around 3 hours – 3 and half hours of screen on time. My usage constituted of internet browsing, calling and gaming. The battery life certainly disappointed me as I had high expectations from it. But hey, there is at least an inclusion of fast battery charge. I got from 1% to 60% in just around 41 minutes. The USB Type-C connector helps in the charging too. 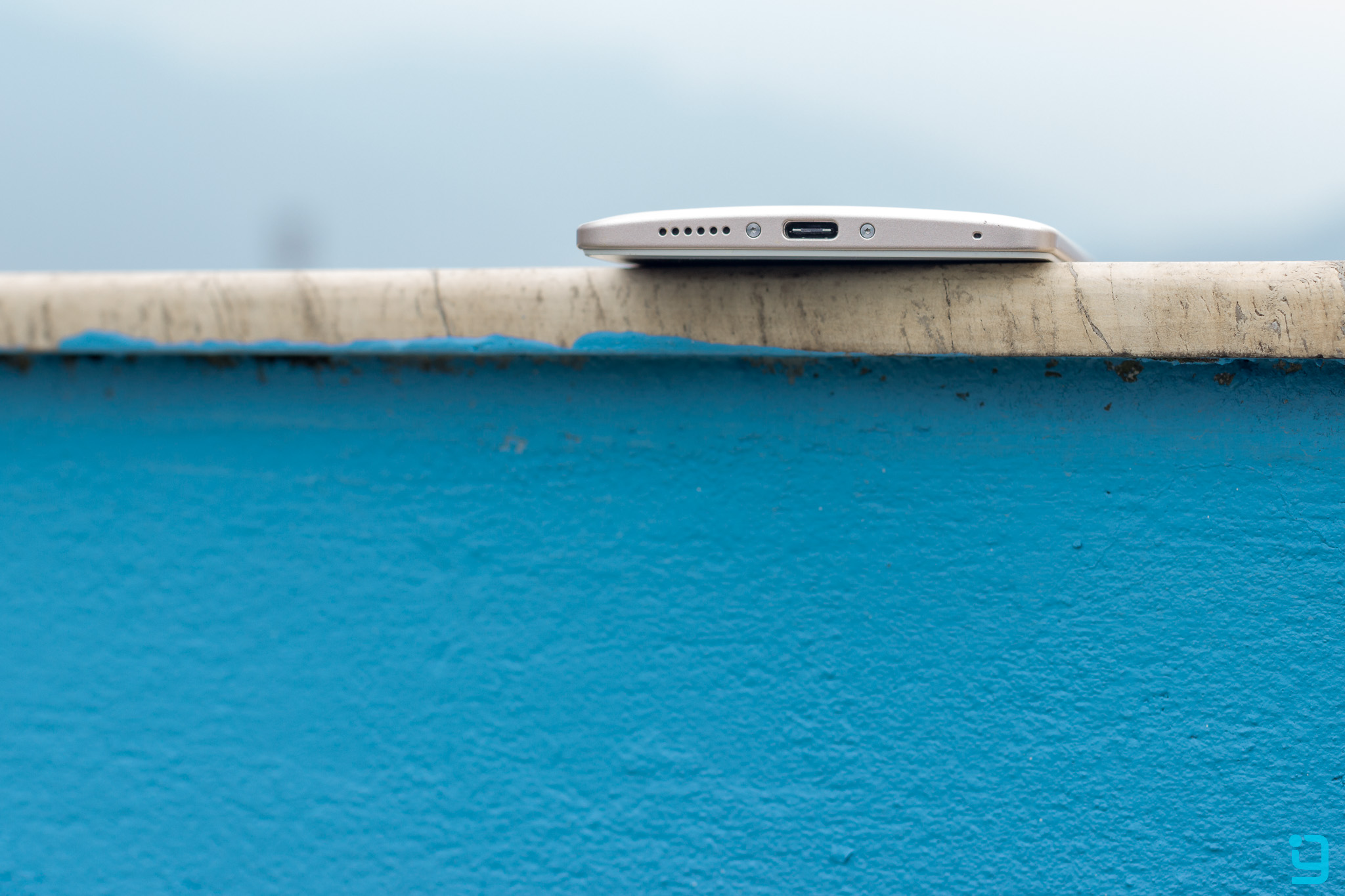 With a device priced at Rs. 30,000, the manufacturers should have included a bigger battery that could get users a screen on time of over 5 hours.

With the increasing number of smartphones in each and every category, the manufacturers should now be selling the best devices here in Nepal. Or they might fall behind if they miss out on a single aspect of their smartphones. Infocus is taking a huge gamble with the Epic 1 as the device excels in the looks and camera department, but falls behind due to the stuttering processor and overheating problems.

In short, the Infocus Epic 1 is a device with great aesthetics, good camera and an average performance even with the deca-core processor. To be the best of the lot, the Infocus Epic 1 still needs to perform well, and have a better battery life. Otherwise, there are other devices in a lesser price range which are certainly better than this device.

IF YOU’RE WEREN’T IMPRESSED BY THE INFOCUS EPIC 1, HERE ARE SOME OTHER OPTIONS YOU CAN CONSIDER:

Priced at Rs. 29,999 , the Huawei GR5 2017 packs in an impressive dual camera at the back. The device utilizes the dual lenses for a great bokeh effect. It houses a Octa-core HiSilicon Kirin 655 chipset and a 3,340 mAh battery.

Launched in January, the Coolpad Cool1 is equipped with two 13-megapixel rear-facing camera on the back. Underneath the hood, the device is powered by Qualcomm Snapdragon 652 SoC and a whopping 4,060 mAh battery.

Available at Rs. 27,999, the Xiaomi Redmi Note 3 features an impressive 4,050 mAh battery and a 16-megapixel primary camera. It is powered by a Quad-core Snapdragon 650 chipset.