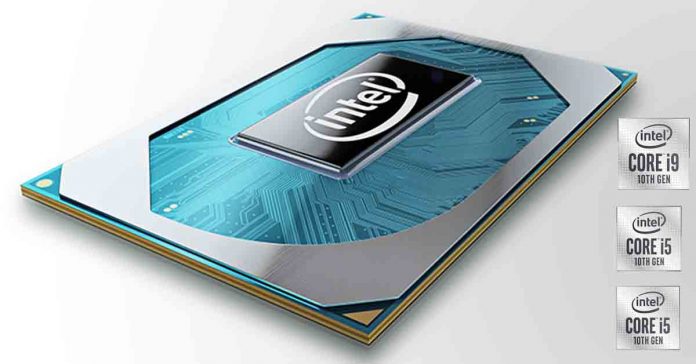 Intel’s latest 10th Gen H-series processors are meant for those who require top processor speeds. With this series, Intel aims to provide the raw processing power typically found only in desktops to portable notebooks. It claims these processors will provide the user with the best gaming experience on a laptop.

The most powerful of the series is the Intel 10 Gen Intel Core i9 – 10980HK. It comes with 8 cores, 16 threads, and 16MB of Intel Smart Cache. The highlight of the processor is the Turbo Boost speed of up to 5.3GHz. But only two of the cores can achieve this speed when the following two conditions are met:

Under the temperature limit of 65-degree Celsius, the TMV can boost the clock frequencies by up to 200Mhz. All new Comet Lake processors are based on Intel’s 14nm process. Thermal Design Power (TDP) of all the new processors is 45W and they all support two-channel DDR4-2933 memory alongside Intel’s Optane Memory H10 supports and Turbo Boost Max Technology 3.0. These processors also support WiFi 6 and Thunderbolt 3. We might not have to wait for long to see how the latest 10th Gen H-series processor fair in real life as several manufacturers have already confirmed their upcoming devices will use the latest Intel processors. These include names like Acer, MSI, Lenovo, HP, Razer, ASUS. The devices include Acer Predator Triton 500, MSI GE66 Raider, Razer Blade 5, ASUS ROG Zephyrus, and upcoming Lenovo Legion and HP OMEN devices.

So what do you think of the latest Intel 10th Gen H-series mobile processors? Can it surpass AMD’s latest Ryzen 4000 series? Let us know your opinions.