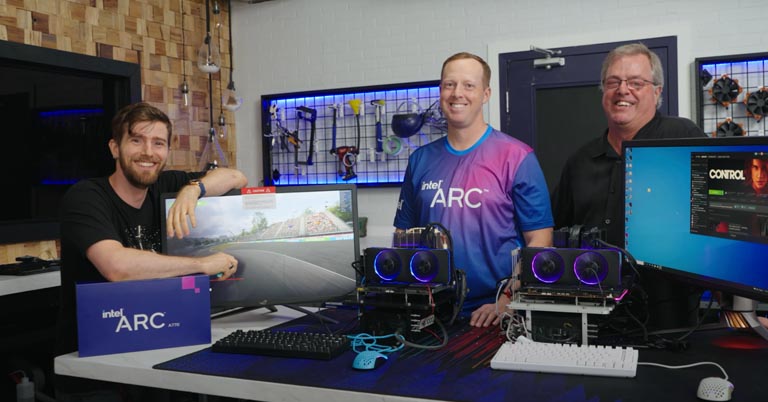 Before its official launch, Intel previewed the Arc A770 graphics card in one of Linus Tech Tips videos. Though we did not see any official specs, Intel’s upcoming desktop GPU was shown running some popular AAA titles along with some key insights from Intel executives. In this article, we will discuss everything we know so far about the Alchemist-based Intel Arc A770 graphics card.

Early in the video, Intel executive Ryan Shrout clarified that Intel has aimed for the latest industry standards. For reference, Intel Arc graphics cards come with AV1 encode and decode support, and the software drivers work best with DirectX 12 and Vulkan API.

While it might sound like a good thing, it is not entirely. Not all games make use of DirectX 12 and Vulkan. In fact, the most popular games on the Steam chart actually make use of older DirectX versions, which Intel Arc cards like the A770 lack optimization for.

As a result, Intel is dividing games into three tiers based on how well they have been optimized for Arc GPUs.

“Best in Class” Performance in Tier 1

Games with DirectX 12 and Vulcan that run exceptionally well on Intel’s discrete GPUs fall under Tier 1. Intel claims that Arc GPUs will “kill everyone” in price-to-performance and will boast “best in class” performance in these titles.

The second tier or Tier 2 games, like their Tier 1 counterparts, are built on the latest APIs but are less optimized for gaming. These games will still run on the Intel Arc GPU like the A770 but not as good as the Tier 1 games.

Moving on, Tier 3 includes games based on DirectX 11 and older APIs. Intel has made very  little optimization for these games. As a result, these games will have inferior performance on systems with A770 and other Intel Arc graphics cards.

For instance, in a test by the team of Linus Tech Tips, Tom Raider dropped from 80 fps to 39 fps while shifting from DirectX 12 to 11 on the Arc A770. While it’s not been confirmed yet, Linus did reveal the 2.5GHz default clock speed and 190W power of the Intel Arc A770 during the overclocking segment. A 20% performance boost was applied after raising the power and temperature limit to 285W and 125°, respectively. An attempt was made for a 30% performance increase which crashed the card altogether. 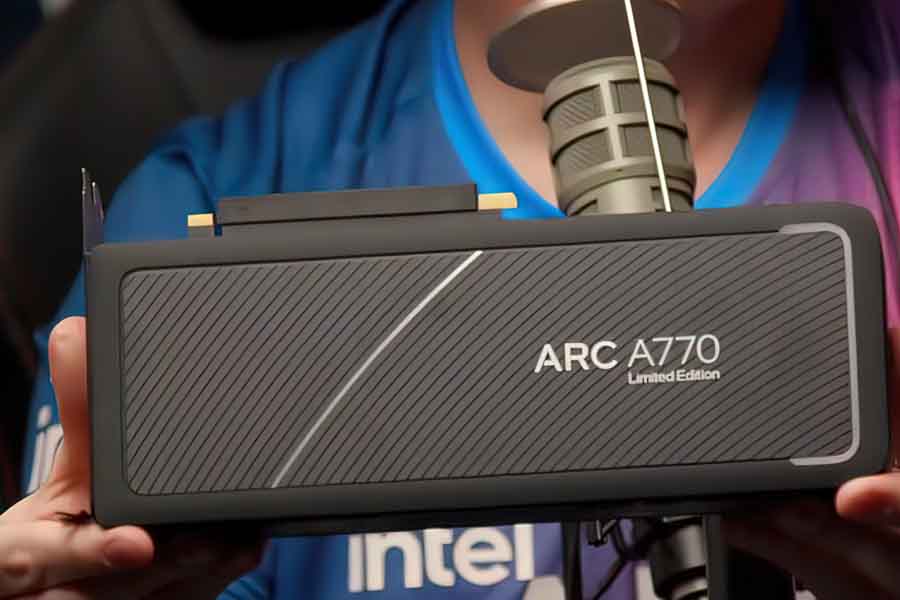 Initial leaks suggested that Intel Arc A770 would cost around USD 400 when it hits the market. However, it could be even cheaper, as speculated by Linus.