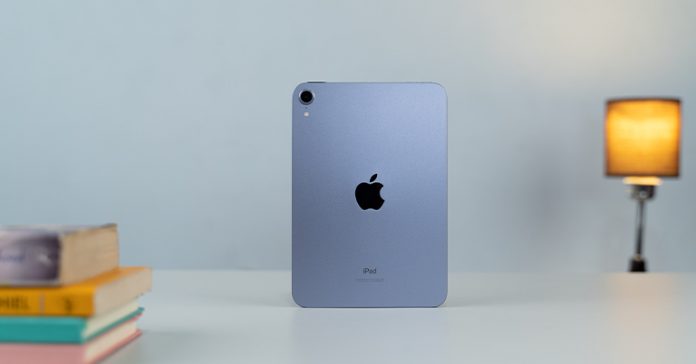 Hey everyone, in this review, I’ll be talking about the new iPad mini 6 (2021). When this thing was first announced alongside the iPhone 13 series, every review I checked out was like wow—it’s such a cute tablet, it’s the highlight of the device. So, I pre-ordered mine right away and have been using this mini tablet for about a month now.

As you know, Apple has 4 lineups of iPads in total, where the biggest and most expensive ones are the iPad Pros. As the name suggests, these are for the professionals—people who require immense power and a big screen for their work. On the other hand, Apple also makes budget iPads that are affordable and offer the best value. Then comes the iPad Air which is like a cheaper iPad Pro, and probably the one I would recommend for most people.

And the iPad mini—which as the name suggests—is a small tablet or a bigger phone—however you’d like to call it. I thought Apple would kill off this lineup because of how unsuccessful 2019’s iPad mini was. And from what I’m hearing, it might not even launch the next edition of the iPhone mini next year. So, the mini version of Apple devices, in general, doesn’t sell well at a time when we want everything to be bigger.

But I am glad they launched this because after using it for a while, what I can tell you is that you certainly don’t need the bigger 11 or 12-inch tablets if you are not a power user. And over time, I am 100% sure that those who own the iPad mini will appreciate it more.

Apart from the compact form factor—it is quite well-made too. Plus, its even weight distribution means carrying it with one hand does not put any pressure on your wrists. And holding it for long hours isn’t uncomfortable either!

So, I could use it to read e-books and watch Netflix for as long as I want without any trouble, which was definitely not the case with the Xiaomi Pad 5 or the iPad 10.2 that I reviewed a while back.

On top of this, I really admire how Apple engineered to improve the form factor on this iteration of iPad mini to deliver an even smaller device—despite including a larger screen area than its predecessor. Also, the edges are flat here unlike the iPad mini 5, which helps a lot with the grip.

The only thing that’s missing here is the magnetic holders for the Magic Keyboard. You can connect it to a Bluetooth keyboard though if you really want to type on this thing! I, on the other hand, didn’t choose to use it as a productivity machine considering the smaller screen real estate.

Apple has also moved the volume buttons to the top alongside the power button with Touch ID, to accommodate the Apple Pencil on the side.

To note, the iPad mini 6 only supports the second-gen Apple Pencil and not the first-gen. I already had the latter lying around so having to buy the new one for this tablet was a little disheartening.

But it’s great that the second-gen Apple Pencil finally has its own place on the iPad mini which attaches magnetically on the side like this—where it also charges inductively. So, no need to charge it the old-fashioned way! Now, using the Apple Pencil is an amazing experience and I found myself playing around with it more often than I initially thought. I would just scribble things I want to search on Chrome or launch the Notes app and start jotting down things. And I even started catching up with my old hobbies of doodling, all thanks to this little guy!

Then again, the Apple Pencil is not an absolute necessity for most people if you’re just gonna use the iPad mini for media consumption, reading, or gaming. On a different note, one of the things this iPad has not impressed me with is the display.

Yes, it’s bigger and slightly better than its predecessor, but the fact that a larger screen is the only upgrade this time is a little underwhelming. If not an OLED panel, I was really hoping for a higher refresh rate here since one of the primary use cases of this tablet is certainly for reading stuff. And smoother scrolling is what would’ve made the experience even better! 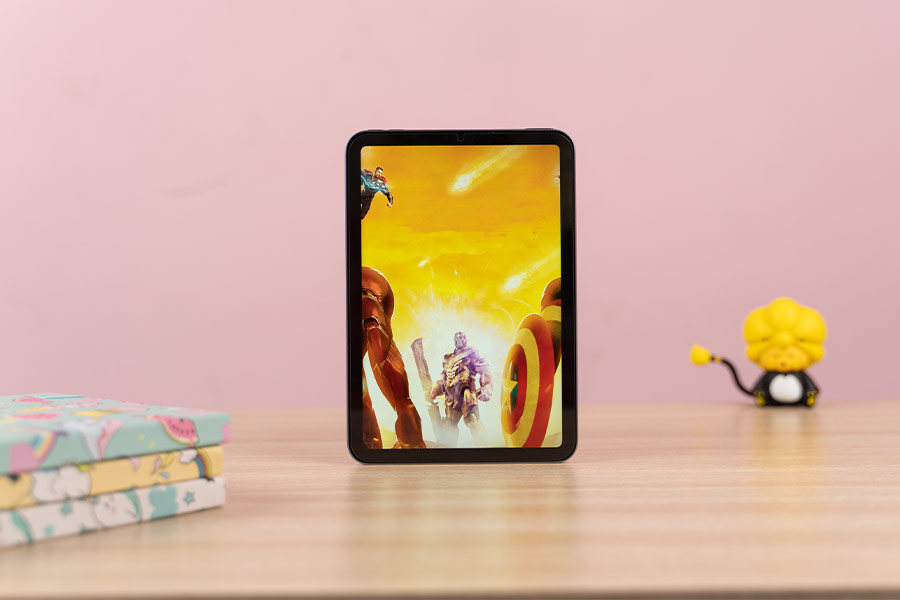 Plus, this is not the brightest display either. I’ve had a little difficulty reading on this iPad while basking in the sun during these winter days. Of course, this is not a problem when you’re indoors. In fact, watching videos or simple web browsing and stuff is quite enjoyable here since the colors and contrast on this screen look real nice.

Likewise, unlike the iPad mini 5, its speaker grilles are located on either side which translates to an effective stereo audio output. And I can’t complain about the quality of these speakers either. They’re loud and sound fairly balanced.

On top of this, one neat thing I like is how the volume buttons are orientation-aware. So no matter how you are holding it while streaming videos, the volume up and volume down functions will adjust accordingly.

Now, apart from being a good device for reading and note-taking, the iPad mini 6—in my opinion—is a great gaming device as well. Powered by Apple’s latest A15 Bionic chipset, it can take on almost everything you throw at it.

And its sheer size complements the gaming experience even more since games don’t look as crammed as they would on a phone screen. Similarly, unlike other large-screen tablets, the iPad mini offers a comfortable grip when you’re gaming as well. 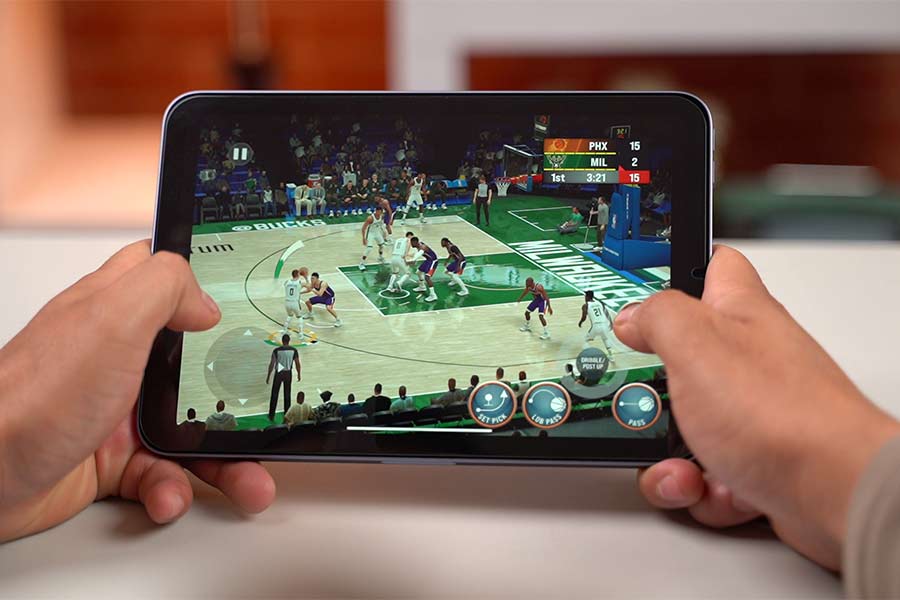 I played some of the most demanding games like Genshin Impact, NBA 2K22 Arcade, and PUBG Mobile on this thing. Even at the highest graphics and fps settings, it handled these games like a champ. Also, thanks to a bigger chassis, heat management is quite impressive here—whereas this iPad doesn’t overheat or throttle even when putting it through back-to-back gaming sessions.

Everything, everywhere, all at once

And if you want to casually edit videos on this tablet, the A15 Bionic is capable of handling that too. I edited a couple of short videos here via iMovie and as you’d expect, it got through them really well. Plus, the Apple Pencil comes in really handy during this too.

But do note that if you’re looking to buy this thing for gaming purposes and would prefer to have all the high-end titles onboard at all times, the base 64GB configuration is simply not enough. So, you’ll have to choose the 256GB variant instead which costs USD 150 more. 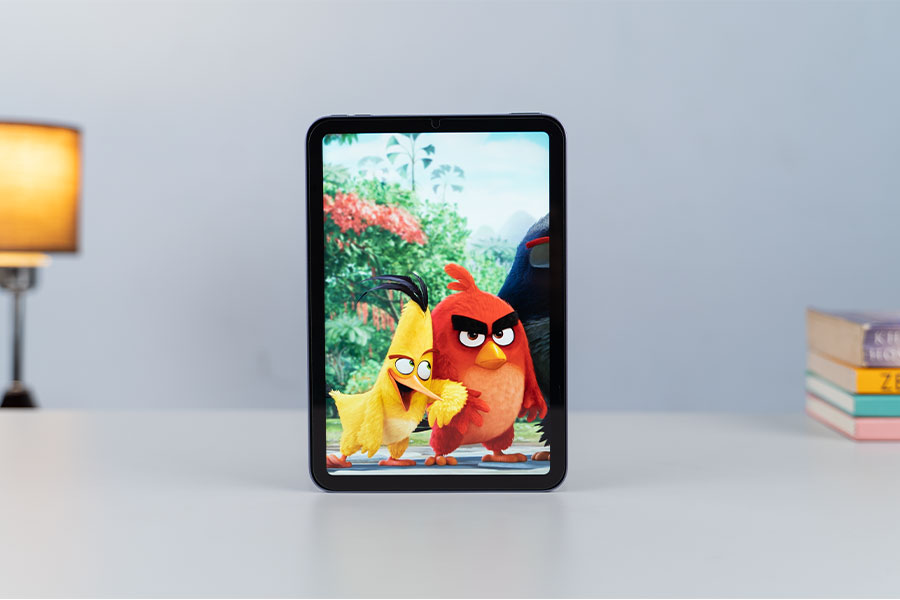 This inconvenience isn’t surprising at all since Apple does this all the time. They give you no option but to upsell. I see absolutely no reason why there isn’t a 128GB iPad mini for USD 50 more. Plus, I don’t understand why the cellular variant of Apple products is so darn expensive either.

For LTE/5G connectivity on this tablet, I have to pay USD 150 more—which is simply not worth it, given that you can get a decent 5G phone at that price.

That being said, one of the major welcome upgrades on the 6th gen iPad mini is the USB-C port. As a result, using external hard drives or SSDs to transfer files has been so much easier and faster here. Also, with iPadOS 15 onboard, you get a Mac-like interface on this iPad where you can see the progress of data transfer just like you do on the MacBooks which is pretty cool! While on the topic of iPadOS 15, it’s not wrong to say that this is the best interface for tablets so far. Using the multi-window screen is so seamless here and on top of that, you can have as many floating apps as you’d like.

Plus, it also comes with useful camera features like Centre-Stage that is specifically designed for video calls. It pans the camera in different directions to always keep the subject in focus and in-frame so that you don’t need to keep adjusting your device every time you move around. And I must say it works quite well giving you the flexibility to get around a little while still being in the frame.

Likewise, the camera quality itself is decent enough for meetings, presentations, and online classes. The microphone does not sound screechy and background noise cancellation isn’t half bad either, which means this is a pretty cool device for the work-from-home shenanigans too!

Finally, the battery life on the iPad mini has been good enough considering its compact size. On a heavy usage pattern which consisted of binging Netflix for long hours and some gaming, it would give me almost a day’s worth of endurance.

On the other hand, with light to medium usage, it can easily last for up to two days. And like with other Apple products, the standby time of the iPad mini is also incredibly impressive. So if you’re a casual user who’ll mostly be taking notes or browsing the web and such, it can go on for a few days as well. And since the iPad mini 6 features a USB-C port, I mostly used my MacBook Pro’s 61W charger to charge this one too. It’s a shame that Apple didn’t introduce Type-C ports on iPhones, so having to carry a separate USB-C and Lightning charger at all times doesn’t feel right.

In any case, you do get a 20W adapter inside the box, which takes about 2 and a half hours for the iPad mini 6 to get fully juiced up!

Alright, time to wrap up this review of the iPad mini (2021). So what I can confidently tell you is that if you are thinking of getting a premium mid-range tablet right now, for most users, the iPad Air 4 is still the best option out there. And if you want something cheaper, I would recommend getting the Xiaomi Pad 5.

But after using the iPad mini 6 for such a long time, it has become my new favorite tablet. It’s just a perfect device for someone like me, who likes to read and take notes, while its powerful performance makes it a good gaming machine as well. And it will continue to deliver great performance even after 3 or 4 years down the road. The only things I wished were better here is the screen’s brightness level and the support for a higher refresh rate. I mean, for a device that is so suitable for reading, those shortcomings definitely make a big difference.

And apart from the beefy iPad mini with the latest chip, maybe Apple could introduce its “lite” version with something like the A13 Bionic chipset and a cheaper design for about USD 300 – USD 350. That would be really great!