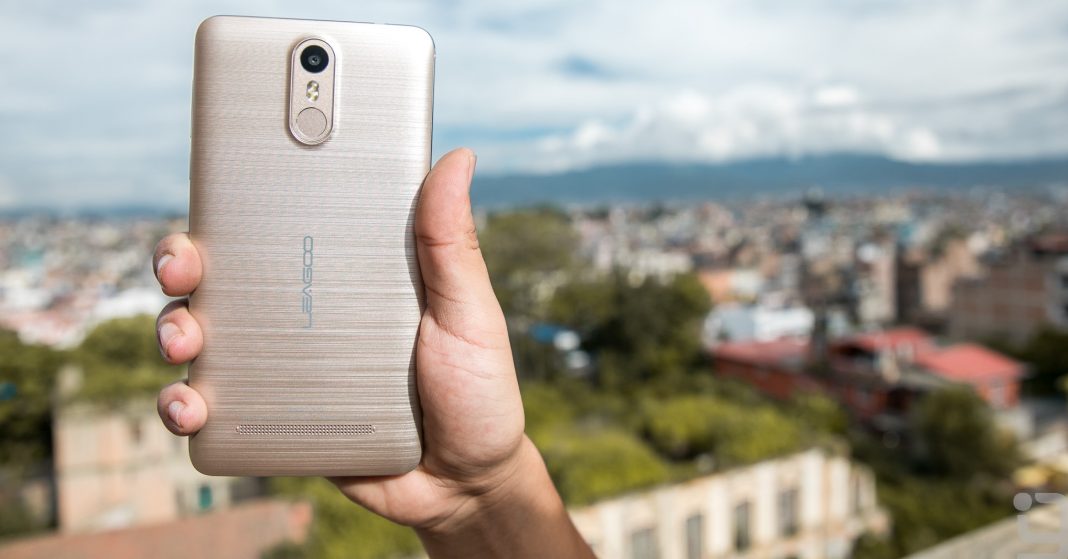 Leagoo smartphones were introduced in Nepal last year. The Leagoo M8 is one of the mid-range phones from the company and is priced at Rs. 15,499. The USP of the device is its bigger 5.7″ display, a huge 3500mAh battery with fast charging, and a fingerprint sensor. With so many phones in a budget segment, can the Leagoo M8 compete? We review to find out.

Visually, the Leagoo M8 looks almost similar to its M series siblings. It is, however, the biggest of the bunch and trades in the capacitive buttons for on screen navigation bar. The phone is enclosed in a metallic frame with a plastic back, just like on the 2016 Samsung J series phones. The front of the phone is quite similar to most of the budget phones, although overall the phone felt quite cheap in hand including the metallic frame. There is a USB port on the bottom, headphone jack on the top, both volume keys and power button on the right side and an empty left side. The front houses a display along with the front cameras and the sensors. The back of the phone has a small bump for the camera and fingerprint sensor. The buttons on the sides also failed to give enough satisfying feedback. Overall, the phone looks reasonably well but the build quality is average.

The device has a huge 5.7-inch 720p HD IPS display. If you love big screens, the M8 has one. Even the phone’s motto of the phone is “Huge View” hinting to its screen real-estate. The IPS technology delivers very good colors and wide viewing angles. The resolution is where the display disappointment. With a 1280*720 resolution on a huge 5.7-inch screen, it’s not quite as sharp as you would like it to be. The display is bright enough for cloudy outdoors but on bright days, you might have problems. 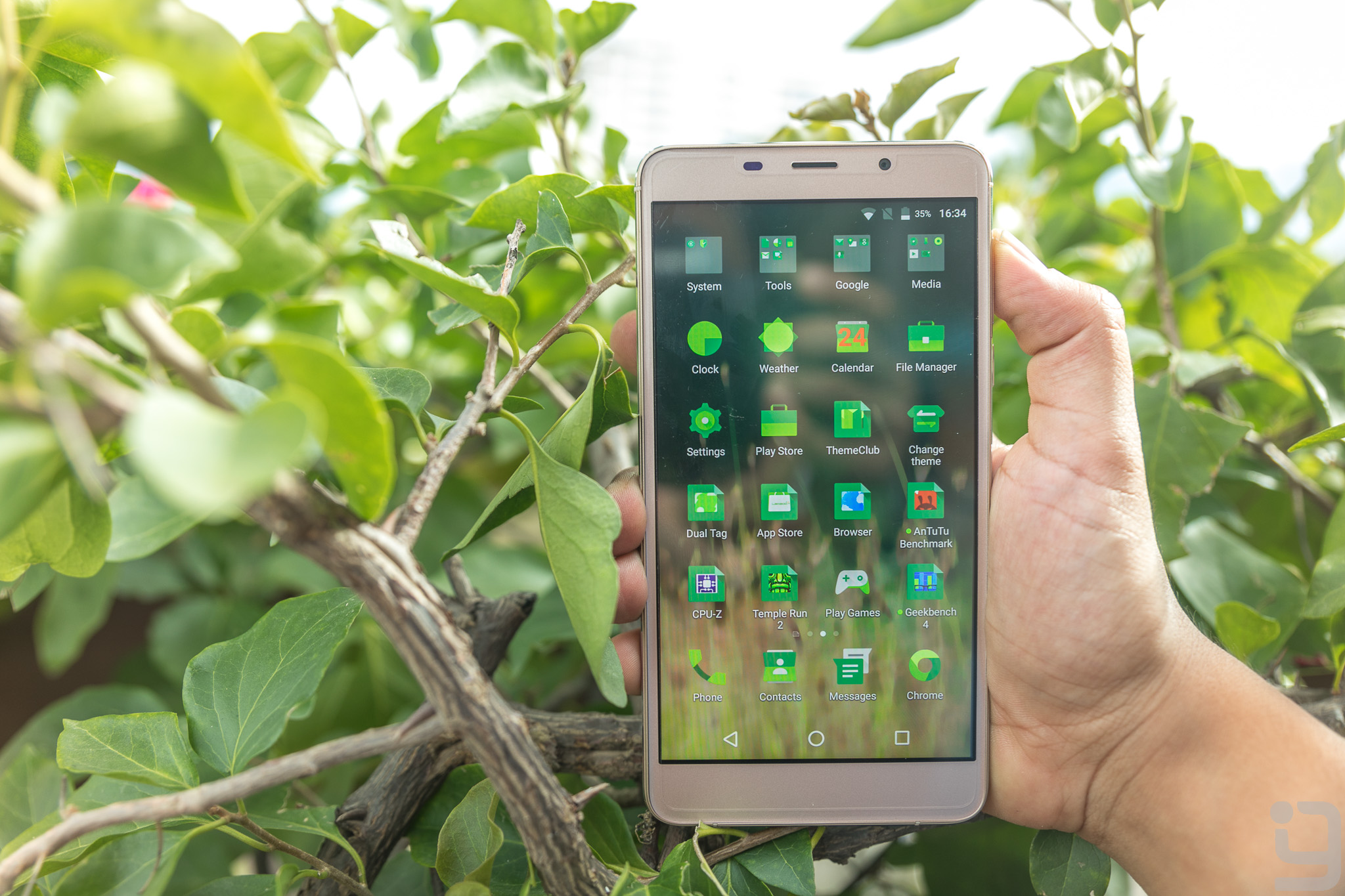 The M8 runs on an outdated 32-bit Cortex A7 Quad-core MediaTek MT6580 with Mali-400 MP2 GPU. The phone performs OK for what I experienced. With 2 GB of RAM and 16GB of storage, the phone is fine for basic use. However, with a few lags here and there, it will be enough for basic use for an average user.

Although gaming on the Leagoo M8 was a huge surprise. I expected games to be laggy and unplayable but it ran games like temple run 2 and clash royal all the way up to even Leo’s fortune. That might be due to the lower resolution screen, but the main thing is the M8 is capable of running most average games smoothly.

The software is one of the biggest downsides of the phone. The phone runs on Android 6.0 Marshmallow with Freeme OS on top. If you have used any Android phones from a Chinese manufacturer, it looks and feels exactly the same if not worst. There is very less optimization of any sorts and that affects the performance, battery life, and your daily usage.

You do get a few things here and there, like using the fingerprint sensor to navigate through the phone, a built in screen recorder, dual tag (multi account on apps like FB, Viber, Whatsapp), theme club, and even their own app store.

I also don’t expect the phone to get the Nougat update or any other types of updates. You won’t find any custom ROMs for Leagoo phones either. Although for any average person this won’t be much of an issue.

Connectivity wise, the Leagoo M8 comes with a Dual Sim support with a separate MicroSD card slot. However, there is no 4G support. Other things include standard connectivity options like Wi-Fi, Bluetooth, compass, GPS and Proximity sensor.

There is a 3500mAh battery which might sound like a lot but as mentioned earlier the Leagoo M8 suffers from very bad software optimizations. You can get about 3-4 hours of screen on time which is about decent for a phone of this price. Although with a huge battery and fairly lower pixeled screen, I expected a lot more (maybe 6-7 hours of SOT). You do get options like power saver (Ultra power saving mode on Samsung phones) and battery saver (basically limits the phone’s performance). It takes about 2 hours from the default charger that you get in the box to get to a 100%. 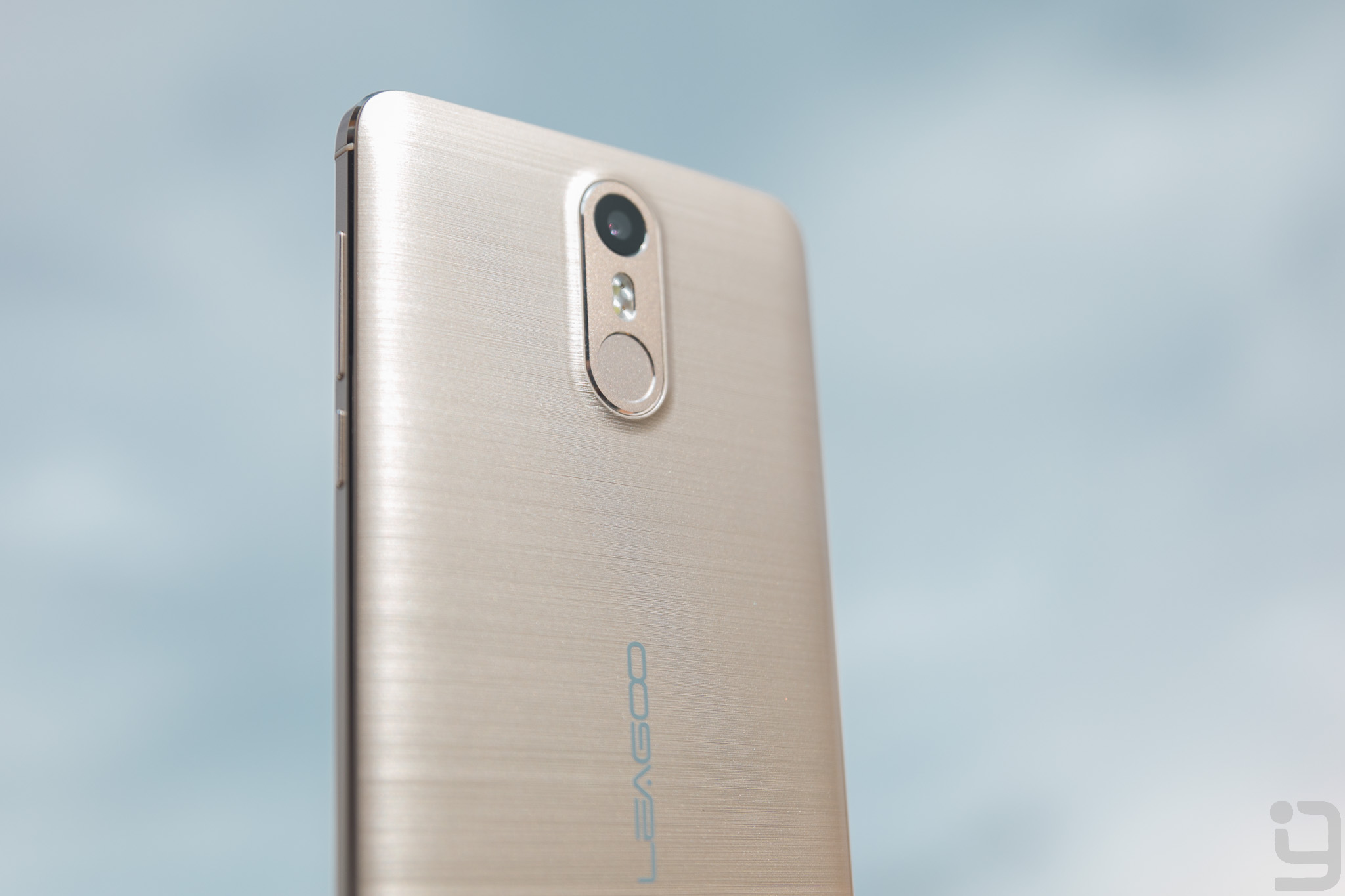 The camera on the Leagoo M8 is a 13MP on the back and 8MP on the front. Both the cameras are about as good as they get for this price. The front camera takes decent selfies for social uploads. The back also takes decent photos with up to 1080p video recording. You do get a few camera modes along with an option to take pictures using your fingerprint sensor which was nice in case you needed to take a selfie. Under good lighting, it is capable of producing some good photos.

If you are on a budget and want a phone that will get you through the day, the Leagoo M8 is the one for you. Don’t expect the best feeling in hand or a light and well-built phone but do keep in mind that it provides decent specs, cameras and even a finger print sensor for this price. What I liked about the phone

What I disliked about the phone

Alternatives to the Leagoo M8

The phone priced at Rs. 14,999 sports a 5-inch HD IPS LCD display and powered by a 1.4GHz Quad-core Snapdragon 425 processor with 2GB of RAM and Adreno 308 GPU. It runs on Android 6.0.1 Marshmallow out of the box with MIUI8 on top. The device has a 13-megapixel rear facing camera with 5MP at the front. The good thing about this phone is that it has a big 3,120 mAh battery. You can check out our review of the Redmi 4A here.

Nokia 3 is the low-end Android-powered released recently in Nepal. At the front, the device sports a 5-inch display which ends in a 2.5D glass arc. The highlight of the Nokia 3 is the Android v7.0 Nougat it runs on. It has a small 2,650 mAh non-removable battery. A Quad-core MediaTek 6737 processor powers the Nokia 3. The Nokia 3 comes with a polycarbonate back like those found on the Lumia phones.

Check out our full article of top phones under 15,000. Click Here!