Watching on the big screen is always a fun, be it a movie, video or the football. However, big display consumes more space they turn out to be a huge burden when not in use. So with a view to eradicating such inconveniences, LG developed 65-inch OLED TV, which is not just capable of reproducing vivid colors but also is rollable. This is an unprecedented feature on a TV, which reduces the space issues to great extent.

LG had also showcased its 18-inch foldable and rollable TV back in 2016. However, this time around LG has not just increased the size of the TV but also made it adjustable to a different aspect ratio. This OLED has a long rectangular base and the TV hides within the base when not in use. The users can watch the information like news and weather in a small display. While watching movies, the aspect ratio of 21:9 is often preferred and this OLED TV can be brought to that aspect ratio too. And if one wants to enjoy the whole of its gargantuan display, one can always to the traditional 16:9 display.

This rollable OLED TV possesses Ultra HD display (3840 x 2160 pixels) and the colors pop out with an accurate natural tone. Because of its unprecedented portability, this TV gained lots of attention in the show and most visitors wished to own such TVs. However, this TV was just a prototype during the show and LG has not planned for its mass reproduction.

The successor to the W7, LG brought the 65-inch wallpaper style LG W8 TV for the year 2018. This 65-inch TV is also equipped with a 4.2 Dolby Atmos sound bar attached via a flat cable.

There is also the LG G8. Available in the size of 65 and 77 inches, the LG G8 TV also uses the same panel and processor as that of the W8. However, to add a little difference, this TV has desktop design and a small built-in soundbar.

With the thinner sound bar and more subtle audio, LG E8 presented itself better than the last year’s E7. But LG claimed that there will be no change in volume despite the size of the sound bar. This TV has continued the use of ‘Pixel in glass’ design, however, this time around, the glass section has extended near to the metal stand at the bottom.

LG C8 and B8 were also showcased at the event. However, these TVs lacked the changes and were indistinguishable to their 2017 counterparts. The same pixels-on-glass design can be seen in the two in the same super-slim OLED attires.

Though the new OLED TVs lack tangible improvements over its predecessors, the inclusion of “Alpha 9” processor and Google Assistant is somewhat praiseworthy. This OLED TV comes with webOS blended the Google Assistant. The webOS seems nothing different from the last year’s webOS 3.5. However, because of the Google Assistant, some AI-related activities are seamless with the device. These new OLEDs can also handle the high frame rate of 12Hz over USB, broadcast and streaming sources. However, this feature is only supported with 1080p resolutions from extended sources connected with HDMI. 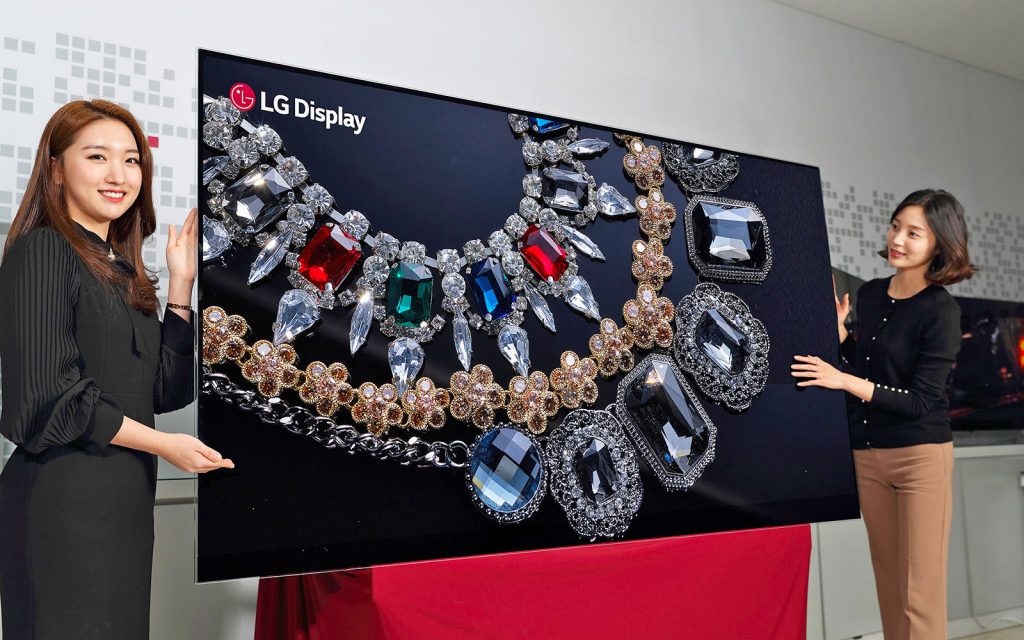 As the title cues, this OLED TV is an absolute record breaker. This 88-inch 8K OLED TV from LG is not just enormous in size but also overwhelming in terms of resolution. The 8K display (7,680 x 4,320 pixels) is four times as sharper as the 4K display and 16 times sharper than the Full-HD display. And with thin bezels to wrap the display, this TV would show the lively pictures on it. And with the OLED panels, the colors are accurate with natural-like colors reproduction. Because of the clarity, color accuracy, and immersiveness his TV can definitely fool the eyes.

V30 is the current flagship of LG. The smartphone was already impressive in terms of specs and in this CES 2018, it just welcomed another color variant. Called as LG V30 Raspberry Rose, this new color variant possesses electric pink hue.

Most of the Ultrabooks come with one major issue, Webcam placed below the screen. And LG Gram laptops have tried to fix that issue by placing it on the top. The new laptops were unveiled in the event, which was brought in three different sizes, 13.3-inch, 14-inch, and 15.6 inches. These new laptops are also powerful and efficient at the same time. Provided with 8th generation Intel Core I5 and I7 processors, these laptops offer a great performance additionally. These laptops are provided with 72Wh batteries, which provide 22.5, 21.5 and 19 hours backup on 13.3-inch, 14-inch and 15.6-inch laptops respectively. 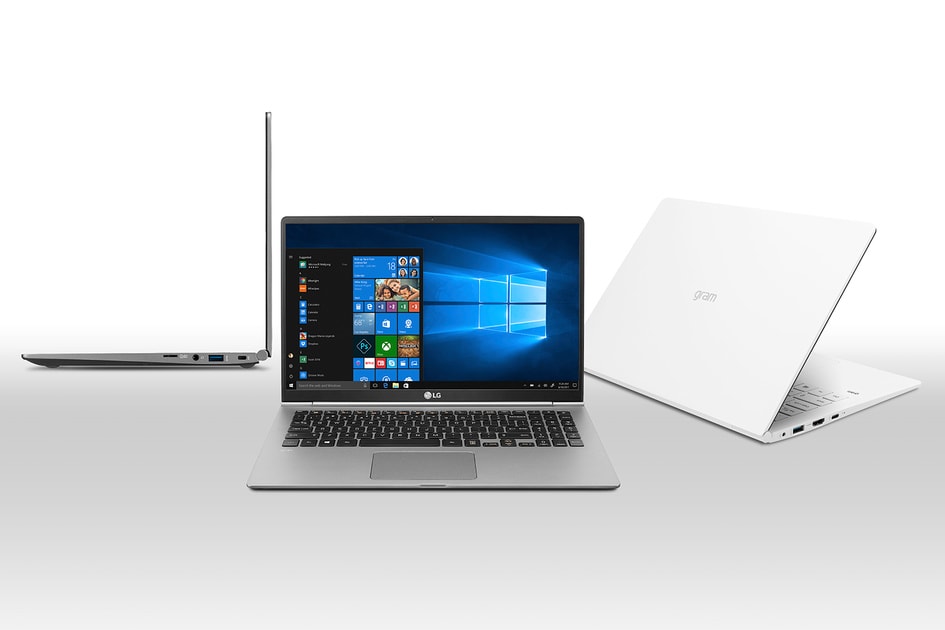 These laptops are also durable and are impressively resistant to impacts, temperature, and pressure. The new Gram laptops passed seven MIL-STD 810G durability tests, all thanks to its new nano-carbon magnesium shell. LG Gram laptops are also remarkably light. The base model or the one with 13.3-inch weighs 961 grams, whereas, its 14-inch and 15.6-inch counterparts weigh 993 and 1095 grams respectively.

Furthermore, there is also the privilege of upgrades. One can always enhance these laptops further with touchscreens, fingerprint readers, and Thunderbolt 3 USB-C ports. The touchscreen upgrades can be done without a major compromise in the thickness, all thanks to the new IPS In-cell Touch Technology by LG. This technology by LG offers haptic control without distorting colors while touching the panel.

Provided with the ThinQ technology, LG brought a smartphone speaker to the event. To say in simple words, this is a new version of Google Home made by LG. LG has claimed that this device offers a “premium sounding” experience that works with high-quality lossless files. Also, the device has the Meridian Audio technology built in, the technology built after the new partnership of LG with hi-fi stalwarts Meridian.