It has not been so long that the Motorola introduced its affordable and mid-range handsets in the smartphone world. Namely known as the Moto G6 series and Moto E5 Series, the smartphones failed to make an impact in terms of sales. However, the smartphone brand is not giving up on bringing the new phones. The smartphone maker recently announced the Motorola Moto Z3 with quite an ambitious dream. During the announcement, Motorola stated that the Moto Z3 would be the world’s first smartphone to be upgradeable to the 5G technology. The company has the plan to bring Moto Mod, which would fit with the handset and would add the 5G connectivity when the technology launches in 2019.

In terms of display, the Moto Z3 comes with the 6.01-inch display. The display on the handset uses a Super AMOLED panel so the display will surely look vibrant with deeper blacks and brighter whites. The display on the handset features a Full-HD+ resolution in the 18:9 aspect ratio contributing to a pixel density of 402PPI. To ensure the safety of the screen from cracks and scratches during the falls, the display has been shielded with the Corning Gorilla Glass 3. 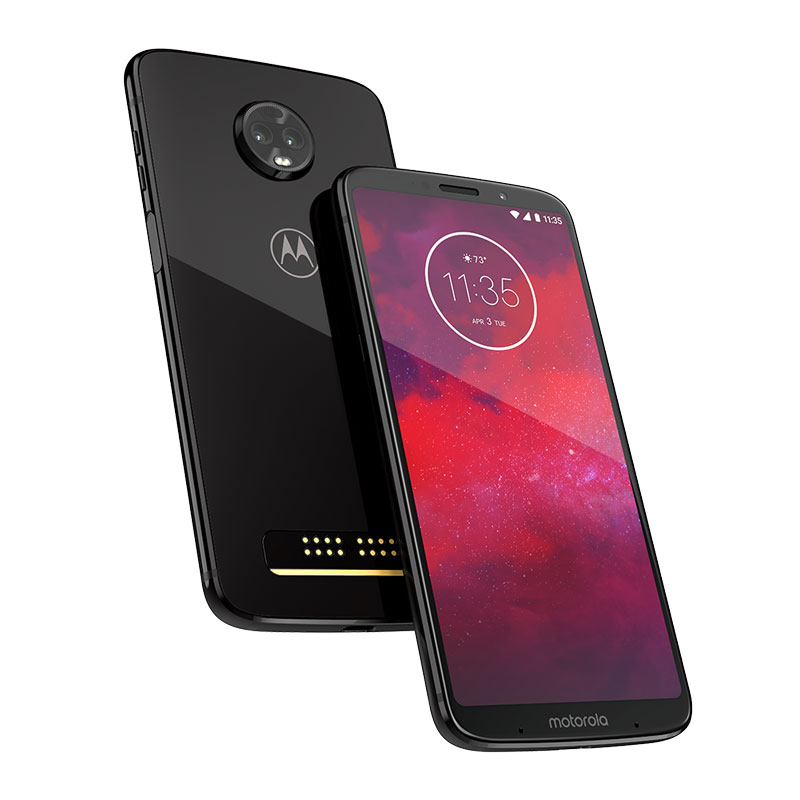 Being the flagship handset from the company, the smartphone comes equipped with the Qualcomm Snapdragon 835 chipset. The processor is powerful and the performance is reliable, however, despite being the flagship of 2018, the smartphone still uses a year old processor. But for the price tag it carries, that is understandable. The smartphone has also been provided with 4GB of RAM and 64GB of onboard storage alongside. There is also a facility of the expansion of memory using the SD card and a dedicated slot has been provided for the purpose.

On the camera front, the Motorola Moto Z3 sports dual camera setup at the back. There is a primary camera of 12MP backed by another secondary camera of 12MP. The secondary camera provided on the handset possesses a Black and White Sensor so the users can get top quality monochrome images when in need. On the front side, there is an 8MP camera for taking selfies and for video calling. 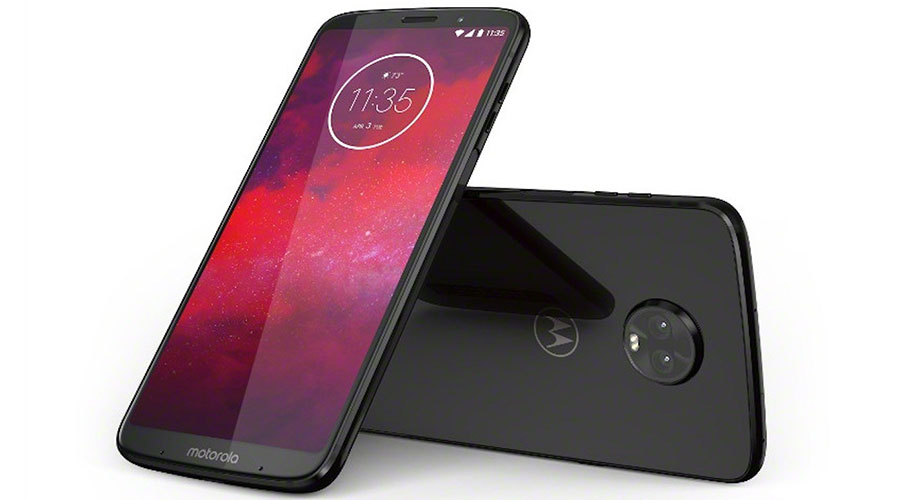 There is also the side mounted fingerprint sensor, which has reduced the chin bezels to great extent. Another interesting feature on the smartphone is its splash and dust resistant body. However, it is not IP certified. The package of the Motorola Moto Z3 has been fueled by a 3000mAh battery. To reduce the charging time, the smartphone is provided with the fast charging feature, which injects 15W power into the device’s battery and speeds up charging process. Also, the 5G Moto Mod will have a 2000mAh battery and when used together, the 5000mAh battery combo provides a prolonged battery backup.