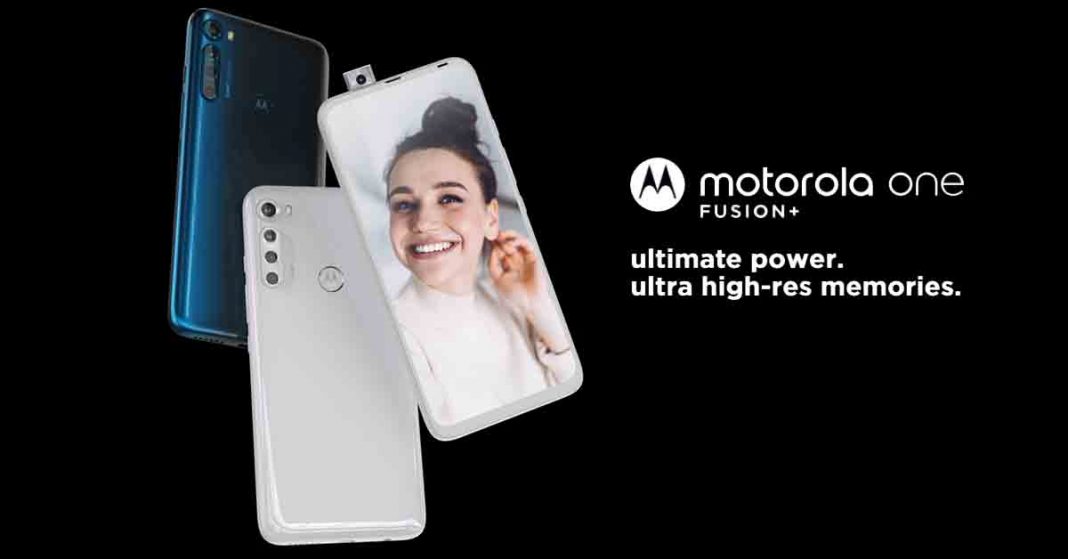 Motorola recently launched the new Moto G Fast & Moto E 2020. The former features a punch-hole display for under $200. And it seems like Motorola is just getting started. It has now launched Motorola One Fusion+ with a motorized pop-up camera for under $400. Read along to know more about the Motorola One Fusion+, including its specs, features, expected price, and availability in Nepal.

When it comes to design, there is very little that separates the Motorola One Fusion+ and Moto G Fast. Except for the screen, both follow the same design language. The highlight of the new Motorola One Fusion Plus is its edge to edge bezel-less screen. It is only the second Motorola device to come with a pop-up selfie camera. Even the flagship-grade Edge+ has a punch-hole waterfall display. Motorola is calling the 6.5-inch display Total Vision Display. The IPS LCD screen has FHD+ resolution and supports HDR 10 contrast. 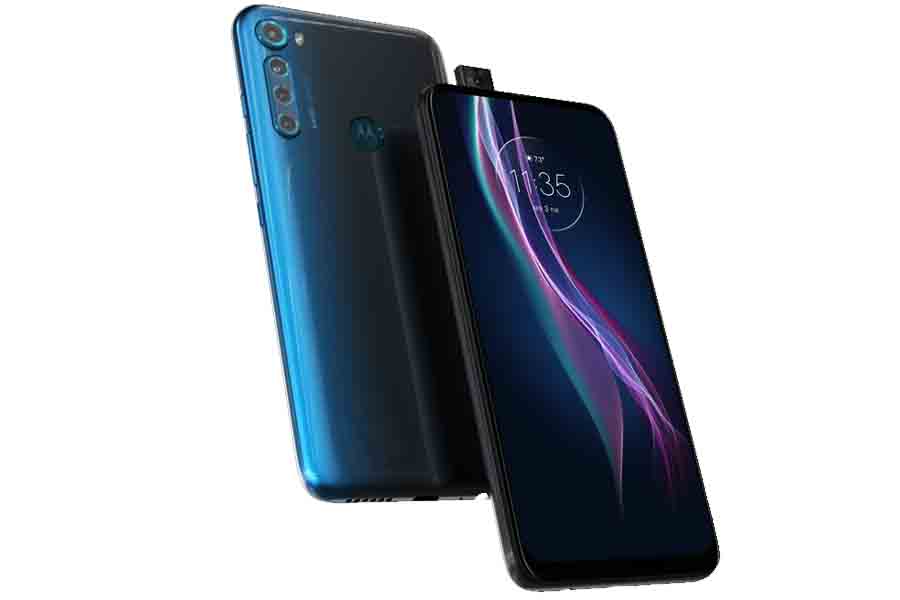 The back of the Fusion Plus looks strikingly similar to that of Moto G Fast. It has four cameras arranged inside two separate camera module. The bigger of the four lenses is inside a circular bump above the pill-shaped module that houses the rest of the setup. There is also a rear-mounted fingerprint sensor with Motorola’s branding slapped on it.

Motorola has included 6GB of RAM and 128GB of internal storage. You can bump the storage capacity up to 1TB using a microSD card. But you will have to sacrifice the dual-sim functionality as the device doesn’t have a dedicated microSD card slot. 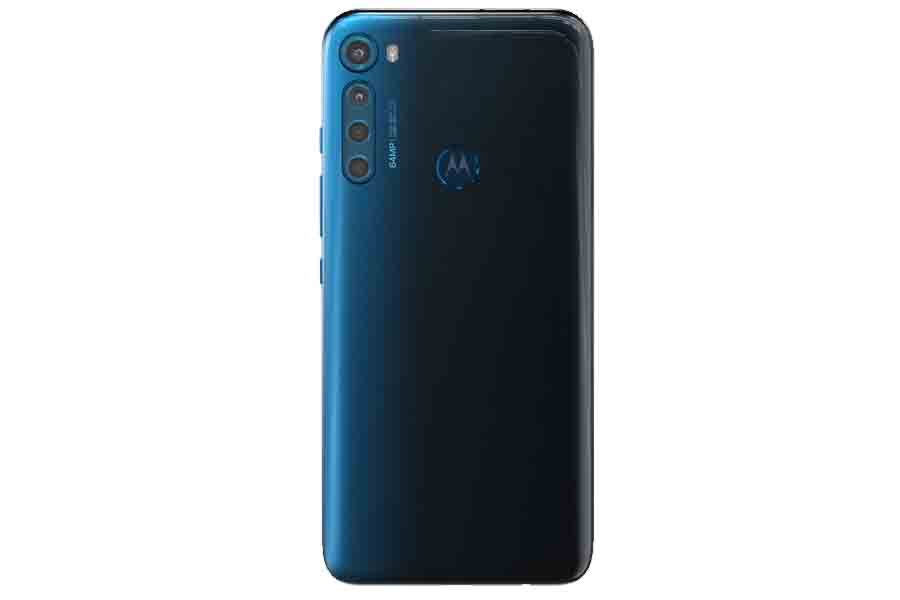 On the front, there is a 16MP selfie camera. It’s hidden from plain sight unless you summon it. A motorized mechanism makes it pop when you are about to take selfies or make video calls.

Motorola Fusion Plus features a massive 5,000mAh battery with support for 15W fast charging technology. The 15W charging is a little underwhelming when you consider the Motorola One Hyper had faster charging for a smaller battery. We understand that Motorola had to cut some corners to keep the cost down. The new Fuison+ retails for a cheaper price than the Hyper, though has a more powerful chipset, an additional camera, and a bigger battery.

Motorola One Fusion+ Price in Nepal and Availability

Motorola has announced that the One Fusion+ will be available in select markets in Europe starting this month where its price is 299 Euros. If it launches here, we expect the price of Motorola One Fusion+ to be around NPR. 45,000 in Nepal.

Check out our review of Oppo Reno 3!