Home Nokia Nokia G20 Review: A Battery King (And Not Much Else) 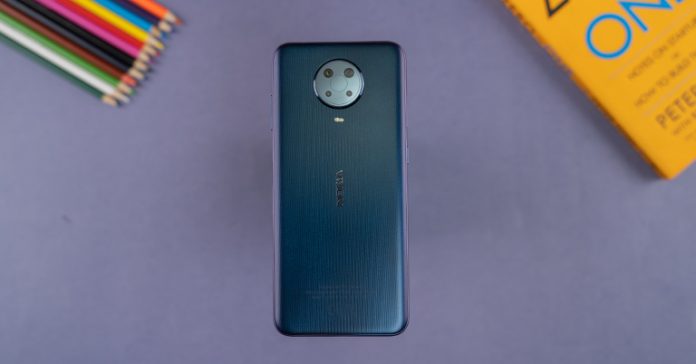 Before getting into this review of the Nokia G20, allow me to paint a bigger picture of the Finnish company. I don’t know… it feels like Nokia is slowly but steadily losing its grip in the mobile industry—once again.

Quick, can you recall the last flagship phone from the company? Two years into its launch, the Nokia 9 PureView still doesn’t have a successor. And throughout this period, Nokia’s releases have been confined to a few budget and mid-range phones every now and then. Obviously, there’s nothing wrong with not launching flagship phones 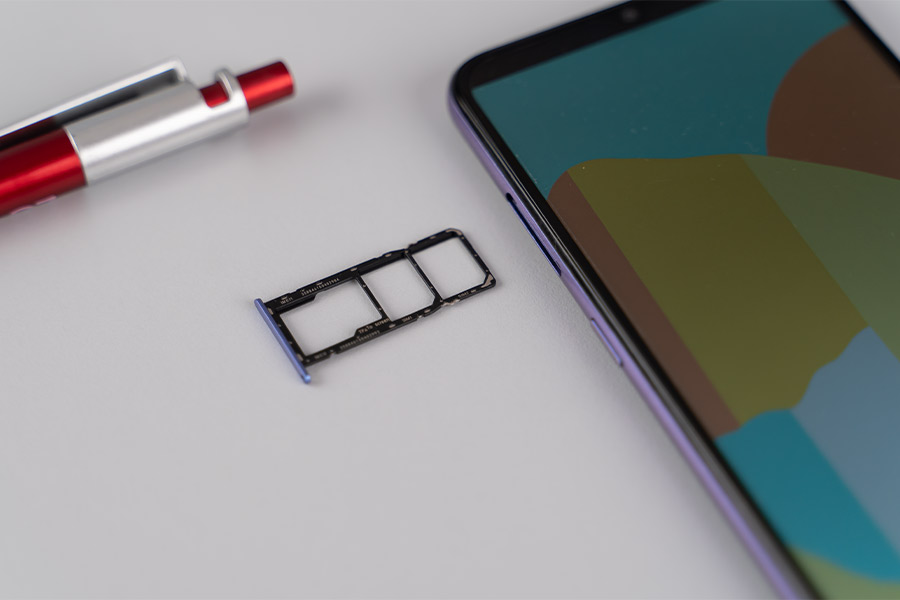 And while the company has earned praise for its stock Android experience, competition like Motorola, for instance, has caught up to the point where Nokia can no longer afford to rely on this one factor to sell its phones.

Plus, its latest affordable launches haven’t seen much success either, mainly due to their unimpressive price-to-performance ratio. With all that in mind, how is the Nokia G20, which is yet another mid-range phone from the company that applies the same formula? Let’s find out in this review of the Nokia G20.

Nokia G20 looks like any other affordable Nokia phone we’ve seen so far. Its polycarbonate back comprises subtle vertical ridges for a better grip and even a bit of a visual flair. Thankfully, it doesn’t attract nearly as many fingerprints or smudges as regular plastic back phones either, which is great. The circular camera module looks quite unique in this price segment while its mirrored finish is something of a head-turner too.

Here, Nokia G20 is offered in two color options: Night and Glacier. I feel like the company’s promo materials undersell the beauty of this bluish Night hue, to be honest. It walks an elegant line between blue and purple which looks appealing to my eyes.

Additionally, the curved back further adds to the comfort of holding this otherwise relatively bulky phone. At 197 grams, the Nokia G20 will definitely make its presence felt in your pocket—especially when complemented with a case. But most of the time, I ended up abandoning the case since it brings down the phone’s beauty drastically.

Moving on, the power and the volume buttons on the right frame are fairly easy to reach and offer decent tactile feedback. Plus, Nokia has integrated a fingerprint scanner into the power button which takes about a second to unlock the device. You can also opt for the face unlock option but that’s even slower. Anyway, there’s a SIM tray and a dedicated Google Assistant button on the left.

I’m once again let down by the fact that this button isn’t user remappable by default. And even when switching to third-party apps, you can’t disable the system’s Google Assistant trigger. Besides this, there’s a 3.5mm audio headphone jack and a primary microphone on the top while you’ll find a USB-C port, a speaker grille, and a secondary microphone at the bottom.

On to the display side of things, it’s your standard budget phone stuff here. What this means is an average HD screen with a notch on the top. Nokia G20 flaunts a 6.5” IPS LCD panel with a teardrop notch for the selfie camera. The “HD” of it all sure sounds like a direct disadvantage to this phone but I must say I rarely faced any issue regarding the display’s sharpness.

Even pixel peeping doesn’t quite reveal pixelation on this panel. But mind you that this applies to your standard UI/UX elements, web browsing, and similar use cases—and not video streaming strictly. Thankfully though, force enabling 1080p mode on YouTube gives a decent viewing experience here and videos look adequately sharp.

Nokia G20 is also Widevine L1 certified for HD streaming on OTT platforms like Netflix and Amazon Prime. Regardless, because this is a budget phone, you can notice big bezels here—especially on the chin where an additional “Nokia” branding resides as well. The curved edges don’t fall victim to backlight bleeding, which is pretty nice. Also, this display can get fairly bright enough indoors although it does struggle with visibility when you’re outside—even on a fairly cloudy day. Colors, for the most part, look okay-ish on this screen. It is a bit on the undersaturated side but that’s to be expected from such inexpensive phones.

But what’s weird here is that in multiple YouTube videos, I noticed that people’s faces embody this unnatural yellow tint for some reason. You can dial down the White Balance on the cooler side for a slight improvement—but don’t expect it to drastically turn things normal. Apart from this, G20’s screen has a pretty terrible touch response rate as well as it fails to recognize touch input now and then.

Over on the performance, powering the Nokia G20 is MediaTek’s Helio G35. Based on a 12nm process, we’ve seen this chipset in action in multiple budget phones in the past like the Redmi 9C or the POCO C3.

Yep, Nokia phones have never been known for their aggressive pricing but at this point, I feel like it’s inexcusable. And even factoring in its ad-free, stock Android experience, the G20 fails to make a compelling argument for its outlandish pricing. As a result, everything from opening apps to playing games is an underwhelming experience on this phone. Apps take at least a second or so to load—and that’s not even when factoring games. Still, it’s not slow to the point where you’d have to settle for the “Lite” version of your apps. Multitasking between lightweight apps is respectably fine as well. Nokia did the right thing by shipping the phone with a standard 4GB of RAM, otherwise, the end-user experience might’ve turned out differently.

Among the scarce crown jewels of this phone is the stock Android experience. Plus, Nokia G20 falls under the “Android One” program as well which guarantees 2 years of version and 3 years of security updates to the phone. Ad-free UX on budget phones is a definite thumbs up from me but I’m a little skeptical of Nokia’s promise in terms of software updates.

The thing is, as HMD Global’s portfolio of smartphones has grown over the years, the company hasn’t quite been able to deliver timely updates. More recently, it had to delay the Android 11 update schedule by a quarter on multiple phones than previously promised. I just hope the Nokia G20 doesn’t share the same fate.

Moving on to gaming, playing relatively less demanding games is a perfectly enjoyable experience on this phone. For this review, I tried titles like Clash Royale and Redungeon on Nokia G20. Here, both games play fine whereas comparatively taxing games do take a toll on the Helio G35.

Call of Duty Mobile stutters by quite a bit under Low graphics and High frame rate while the gameplay becomes slightly better under Low frame rate. PUBG Mobile lags frequently even in the lowest setting (Smooth graphics, Low frame rate) so I tried its Lite version instead.

Thankfully, the gaming experience here is pretty fluid under Smooth graphics and Extreme frame rate—although I did notice minor stutters here and there. After about 30 minutes of gameplay, the CPU and battery temperature rose to 41ºC and 38ºC, respectively, while the phone got noticeably warm near the camera module. Similarly, Mobile Legends Bang Bang plays fine under High graphics quality with dismissable jitters on a few instances.

Let’s talk about the cameras now. Nokia G20 sports a quad-camera setup the back inside the aforementioned circular module. This consists of a 48MP primary, a 5MP ultra-wide, and a couple of 2MP sensors for macro and portrait shots. On the front, there’s an 8MP selfie shooter.

Under ample lighting, photos from the primary camera turn out fairly well detailed. Yet, the phone does struggle to lock in focus ever so often.

The overall photo turns out oversaturated when turning on Auto HDR whereas it messes with the exposure by a bit as well.

Sadly, turning off HDR altogether doesn’t improve the image quality by a lot either.

Contrary to normal photos, the ultrawide shots dial down the saturation to a much more natural level.

HDR doesn’t quite work well in wideangle mode and because of its slow shutter speed, shooting moving objects can result in visible ghosting artifacts.

Unfortunately, portrait mode from the rear camera failed to work after a while.

In a couple of shots I did manage to click, the photos came off looking a bit oversharpened whereas the edge detection is half-decent only.

Close-up shots from the onboard macro camera aren’t that great either.

Taking photos from its fixed-focus lens is a struggle too. With enough patience, you can shoot okay-ish shots although they do tend to look oversaturated.

Likewise, under relatively sufficient lighting, nighttime shots come off grainy and with little detail, while it shoots soft-looking photos sometimes.

Turning night mode on boosts exposure a little, but nothing more.

Selfies from the front camera are just average only.

The dynamic range is pretty terrible whereas the photos look quite soft and the colors turn out muted.

Unlike the rear camera, Nokia G20’s software-based portrait selfies work as advertised though. On top of uneven edge detection, it miscalculates black levels too.

In terms of videos, the phone maxes out at 1080p/30fps recording from the primary, ultrawide, and the selfie camera. As expected, the footages come off quite wobbly in all three modes—with especially blown-out skies on the selfie video. There’s also a “Wind Noise Reduction” feature on the rear cameras but I couldn’t notice any difference when turning it on/off.

Anyway, aside from the below-average cameras, Nokia G20 shines the brightest in terms of its battery endurance. In fact, HMD Global is so confident in this regard that it says the G20 is “a 3-day battery” phone. Equipping a low-res HD display and a big 5050mAh battery, I was surprised to discover this claim to be somewhat true. 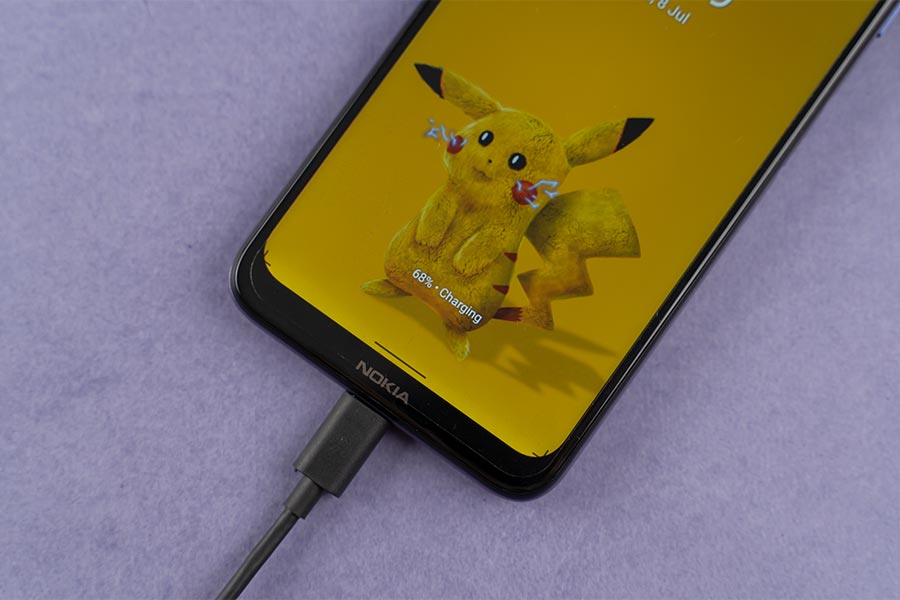 What I mean is, under medium to heavy usage, I managed to net out 8 – 10 hours of screen-on time on average. And if your use-case is relatively less demanding, I can easily see it lasting three days straight. Impressive!

Charging it up, on the other hand, is quite a drag. Its maximum power input is limited to just 10W. Using the power adapter provided inside the box, I graphed that it goes from 0 to 100% in around 3 hours 4 minutes. Still, the company has used a Type-C data/charging port here instead of Micro USB which is something of a relief.

Finally, the audio quality from the mono speaker is nothing to write home about either. It audibly struggles with dynamic range when maxing out the loudness. Plus, the audio sounds completely flat with lowering the volume as well. You also get a 3.5mm earphone inside the box whose quality is equally disappointing. Also, I faced no call-drops or similar issues when using my NTC SIM on the phone with VoLTE turned on.

To wrap up this review of the Nokia G20, it’s a fairly underwhelming phone. While its design, clean Android experience, and battery life are somewhat of saving grace, the phone ultimately lags behind the competition when it comes to performance.

Maybe MediaTek’s Helio G80/G85 would’ve been a better choice for a phone at this price bracket. Still, if you’re a casual smartphone user who wants an excellent battery endurance and reliable software experience, the Nokia G20 makes for an appealing choice.