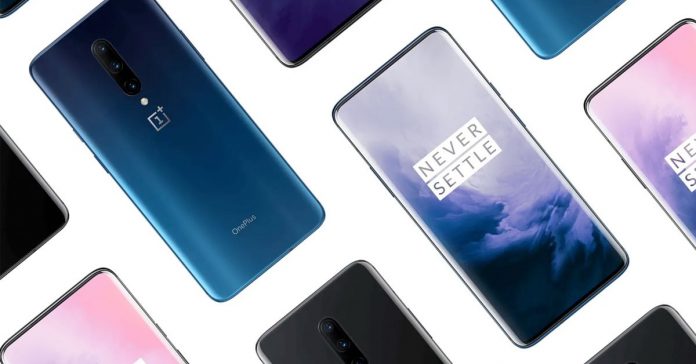 OnePlus unveiled the OnePlus 7 Pro yesterday. It’s a device that doesn’t look and feel like a phone from OnePlus, but it is something that really looks like value for money. You’ve probably come across a lot of reviews on the device but you might have missed a couple of little and big things about the phone. While OnePlus talked about its new device in detail at the event itself, there might have been a few things you have missed. So, let’s talk about that here.

The OnePlus 7 Pro is the first OnePlus smartphone to house triple rear cameras. There’s a primary, a wide-angle and a telephoto lens on the setup. This primary camera measures 48-megapixel. I mean wow! This has to better than the 40MP one on the P30 Pro right? Well, not really. This lens on the OnePlus flagship has the Sony IMX586 sensor, and if it sounds all too familiar, it’s because this is the same sensor the Redmi Note 7 Pro, a phone that’s dirt cheap in front of the OnePlus 7 Pro, has. Other devices such as the (to-be-launched) Realme X and even the UMIDIGI S3 Pro also pack the same sensor. This primary lens on the 7 Pro does the same pixel binning resulting in a 12-megapixel image. The real-life scenario could be slightly different with the Qualcomm Snapdragon 855’s processing power, but if you go for the specs, it’s not all too good for the new ‘flagship killer’.

One of the most eye-catching features of the new device is the display. It’s quite tall, and like the flagships from Samsung and Huawei, the display ends on curves on the sides. This is why the phone is not like any previous OnePlus device. This display has Quad-HD resolution, but the main talking point here is the 90Hz refresh rate. With this feature, the smoothness of loading up images and videos, and also scrolling comes second to none. The users will definitely love this feature, and other smartphone manufacturers will certainly take note for their future phones.

To remove the bezels and notches on the display, OnePlus has taken the route of Oppo and Vivo. The company has included a pop-up camera on the top of the phone. Now, this has certainly brought in criticism from the purists, but there are a couple of positives. For starters, this camera takes only half a second to show up which is quite faster than other devices. And OnePlus has claimed that this pop-up camera can lift nearly 50 pounds of weight. So, yeah, even with the mechanical part, this phone looks quite sturdy. However, the 300,000 opening and the Free Fall Detection feature OnePlus bragged about is what Oppo and Vivo have already done implemented on their phones.

While taking a look at a smartphone, we don’t really go into depth regarding the storage driver it holds. Even with a huge amount of memory, phones can be slower at times. However, that’s not the case with the OnePlus 7 Pro as it has UFS 3.0 storage inside. Universal Flash Storage or UFS is a storage driver meant for phones, cameras, and other digital devices. And the new flagship comes with the best of UFS. This new tech has blazing fast read and write speed, and with that at the helm, capturing 4K videos won’t be troublesome to the phone.

The OnePlus 7 Pro may have overshadowed a few smartphones already, but the phone that is completely eclipsed is the OnePlus 7. No one has reviewed the smartphone yet, and a lot of people still think the company only launched one phone this time. The OnePlus 7 is like this sibling who gets no attention from their parents. But still, the OnePlus 7 is a capable device. It has a new processor and dual stereo speakers. It does share a few features with the 6T but that’s not a bad thing at all. And although the phone is a bit pricier in the UK, it’s cheaper than what the OnePlus 6T was available for in India!

The price is one of the things that I don’t like about the 7 Pro which brings me to my final point, the pricing of the OnePlus 7 Pro.

The OnePlus 7 Pro costs $669 in the USA. So, why did I just complain about its pricing? Well, it’s the pricing elsewhere that I am not satisfied with. The phone runs of Rs. 49,000 in India which is a bit more considering the neck-to-neck pricing the older models had. And don’t get me started regarding its price in the UK. The base model of the 7 Pro costs £649 in the UK which converts to nearly $840. So, even though OnePlus has nailed the pricing in the USA, the company hasn’t lived up to what it actually stands for in other countries, and that’s a little bit disappointing. There are a lot of phones these days that have the ‘Digital Wellbeing’ feature on their devices. OnePlus has done its own take on the feature with its Zen mode. The Zen mode doesn’t control the use of applications but bars the users from using the phone altogether. It only lets users make calls and use the camera, but other than that, you don’t get to do anything on the OnePlus 7 Pro. This will come in handy when you have an assignment to complete.