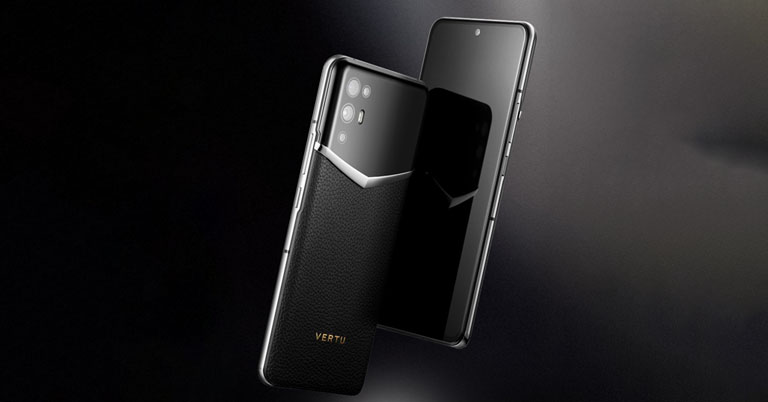 Vertu is a luxury mobile phone maker based in the United Kingdom. It was founded in 1998 as a wholly-owned subsidiary of the Finnish smartphone maker Nokia. In October 2012, Nokia sold Vertu to private equity firm EQT VI for an undisclosed sum, while maintaining a 10% stake. Vertu has switched hands several times since EQT VI but hasn’t got the expected success in the smartphone industry. Here, we will be looking at all the Vertu mobile phones in Nepal, alongside their expected price.

With that out of the way, let us discuss its formal launch in Nepal. Vertu’s phones have never made it to Nepal till now and the obvious reason is their exorbitant cost. However, Vertu-branded smartphones have now officially made their way in Nepal via Oliz Store.

For those unaware, Vertu’s entry-level product starts in the thousands of dollars and can even easily the five-figure mark. They are extremely pricey because of the precious materials and jewels used in the handsets. Similarly, Vertu smartphones are handcrafted, which adds to their exclusivity (as well as the cost). However, the newer Vertu phones (including iVertu 5G) are manufactured in China, not UK.

iVertu 5G features a 6.67-inch AMOLED panel with an FHD resolution of 1080 x 2400 pixels. The screen refreshes at 120Hz while it boasts a pixel density of 395 PPI. Despite featuring a center-aligned punch-hole cutout, the screen-to-body ratio here is just 87.2%. The frames on iVertu 5G are metallic. Users can choose between alligator leather or a calfskin back.

Under the hood, the phone packs Snapdragon 888 5G chipset. It is a flagship chipset from Qualcomm based on Samsung’s 5nm process. As for memory, you get 12GB of LPDDR5 RAM and 512GB of UFS 3.1 internal storage.

The phone flaunts a quad-camera setup at the back. Here, the primary camera uses a 64MP sensor. There is another 64MP sensor for the ultrawide camera. Accompanying the two is a 5MP macro and a 2MP depth sensor. iVertu 5G gets its juice from a 4,200mAh battery with support for 55W fast charging. There is an in-display fingerprint scanner for biometrics. The phone ships with Android 11 with VertuOS on top.

Vertu iVertu 5G is now available at Oliz Store although the company hasn’t disclosed the pricing detail yet. Its unboxing video suggests that the “Amber Brown” variant of iVertu 5G has arrived in Nepal which costs CNY 42,800 in China. This converts to around NPR 790,000, while the final price will likely be even higher.