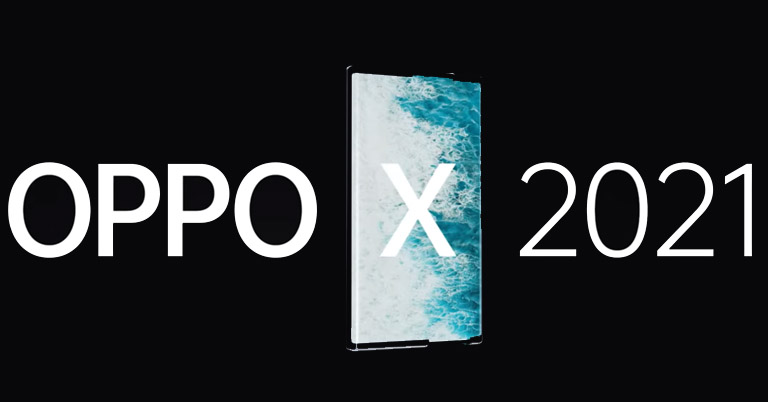 It looks like the major player in the smartphone industry are all convinced that foldable smartphones are the future. We have seen companies like Samsung, Huawei, and Motorola launch their own take on the technology. Additionally, LG and TCL have also teased the industry with their concept of foldable phones. And now, Oppo has joined the race with the Oppo X 2021. It’s a concept smartphone from the Chinese brand that will feature a screen with variable screen size.

The concept of a smartphone with a rollable display is not entirely new. Earlier this year, we saw TCL tease a phone with a similar concept. However, the phone by TCL was a non-functional prototype. Similarly, LG also has a similar phone in progress under the Explorer Project Phone.

Coming to the Oppo X 2021, the phone has a 6.7-inch OLED display. Unlike the mainstream foldable that just fold and unfold, the X 2021 has a variable screen size. The screen can be expanded up to 7.4-inch as per the user’s need. Oppo also demoed the expanding screen in which the device was automatically scaling the video in play as per the screen size. The company is looking to solve another major problem with the current folding smartphones – creases. Oppo X 2021 is said to avoid it altogether.

Oppo has also shed some light on the underlying technology. The phone has Oppo’s proprietary roll motor powertrain, a 2-in1 plate, and a Warp Track high-strength screen laminate.

The dual Roll Motor mechanism has a scroll diameter of 6.8mm and is responsible for the expansion and retraction of the screen. It also protects the display from sudden thrust. The Warp Track is a 0.1mm laminate that provides the rolling display the much-needed strength to undergo the expansion and retraction. The 2-in-1 plate prevents the rolling display from collapsing. It consists of a fixed frame and a flexible roll that slides in and out of it. The rolling mechanism makes up 12 of the 122 patents that the company has applied for the phone. Unfortunately, Oppo did not provide any details on the specs of the device. However, the company believes that rollable displays like that of the Oppo X 2021 have wider user scenarios compared to conventional foldable smartphones because of the adjustable screen size.

The Oppo X 2021 was showcased during the company’s INNO Day 2020 event but it just a concept as of now. According to Vice President Levin Liu, the company is working to make the new technology available for regular consumers. However, don’t expect it to come any time soon as the device.