The POCO X2 has been out for a little over a month now & I thought I should use it for some extended time and share the overall experience in detail with you guys. But first of all, I am a bit confused as to whose successor the POCO X2 actually is. It’s not a POCO F1 successor for obvious reasons, nor does it look like the successor to the Redmi K20 entirely. If you ask me, I think it’s a random POCO smartphone. Anyways, keeping that aside, the phone does have some things to get excited about. So, let’s get into it in detail one by one in our review of the POCO X2.

First of all, the 120Hz display is something unique about the POCO X2. That’s because as of now, it is the only phone at this price to have a 120Hz refresh rate. Yes, I know, it’s an IPS panel and an AMOLED screen would have been better, but looking at how smooth the display feels, it’s hard to not like it, and that’s how I feel about the POCO X2 after getting to review it.

Scrolling and swiping on the screen feels buttery smooth and I love how POCO has optimized it well with the MIUI. And although there aren’t many games that support higher refresh rate displays, the ones that do, feel even smoother. However, all this smoothness does come at a cost of battery drain, so most of the time, I scaled it down to the usual 60Hz. 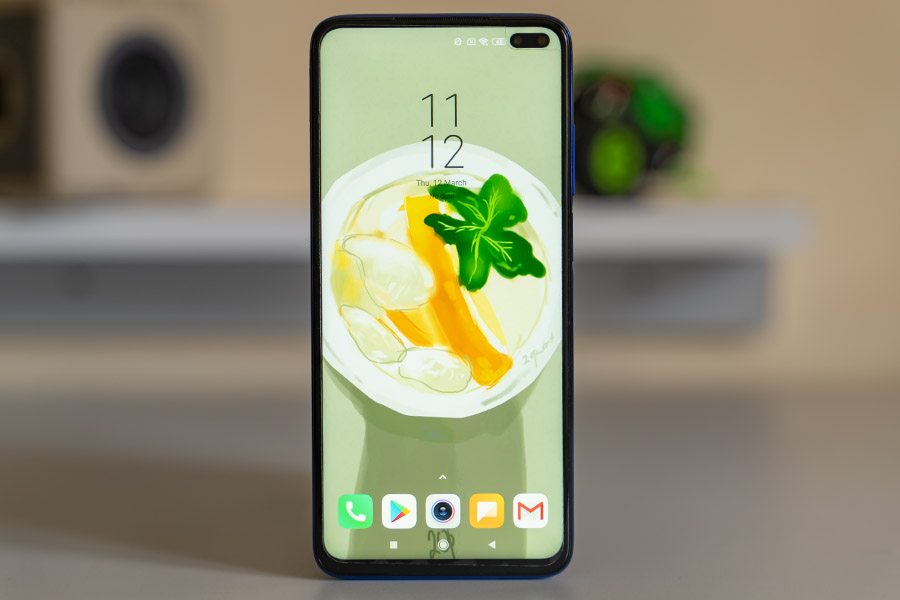 Coming back to the display, there’s this twin notch that houses a dual camera. To be honest, it does not look very good. In fact, I think there is no need for the depth-sensing camera on the front. I think they should have gone with the wide-angle lens just like its competition, which is the new Realme 6 Pro.

Despite all that, I like the quality of the display here. It’s vibrant, colorful, and is bright enough. And for those content-enthusiasts, it’s Widevine L1 certified as well. There’s also HDR10 support which strangely works on YouTube only.

The only minor issue you might face with this display is the screen bleeding. Yes, like the POCO F1, the POCO X2 also suffers from the same issue.

Now, let’s move on to the second most hyped thing about the POCO X2, which definitely is the cameras, and I was really eager to review it. The phone uses the latest iteration of the Sony sensor – IMX 686. Other than that, the POCO X2 is a “64MP AI quad-camera” phone as the company claims.

Along with the primary 64MP Sony sensor, there’s an 8MP wide-angle sensor, a 2MP depth sensor, and a 2MP macro lens. But before moving on to everything, I would like to give a special mention to the macro lens which I feel is absolutely unnecessary considering you are not going to get good pictures with it at all. In my time with the phone, I have totally ignored its existence.

The 2MP depth sensor does not necessarily perform well too. The depth in the background and the focus on the subject, in most cases, is not done properly. In comparison, the Realme X2 does a better job.

And there is this serious HDR problem in the portraits as well. Look at these images, here the HDR isn’t working properly as the background looks dull and overexposed.

So, I hope POCO provides an update to fix this issue. And for the record, I have received January’s security patch on the phone recently, which I think is a little late from the company because even the POCO F1 has received the Feb security patch.

Now, coming back to smartphone brand marketing its camera as quad cameras, I have come to realize is how they are brainwashing the non-techie audience. What I mean is, the macro lens and the depth sensor are hardly anything to boast about, because they don’t work well.

Anyway, let’s get to the images from the primary Sony IMX 686 sensor. The photos are rich in detail, as you can see here. When compared side by side with Realme X2, the POCO X2 has better details, but seem to have a slight lack in punch though. Colors are a matter of personal preference, so I am not going to go on about it.

Other aspects like dynamic range are better on the POCO X2. The HDR is not true to form but does the job in most scenarios and most importantly it is better than the Realme X2 ‘s images. So, yes, the IMX 686 sensor does a better job here as compared to the Samsung GW1 sensor of the Realme X2.

Also, there is slight to no difference at all in the images captured from the 64MP and 12MP modes on the POCO X2, so it’s better you go with the 12MP ones, to save storage.

Nighttime images are nothing extraordinary from the phone, though. It’s just as you would expect from a phone of this price range. Normally, it lacks better exposure control. However, in the night mode, it is rectified by a good margin.

What I don’t like is the selfies from the 20MP sensor of the Poco X2. 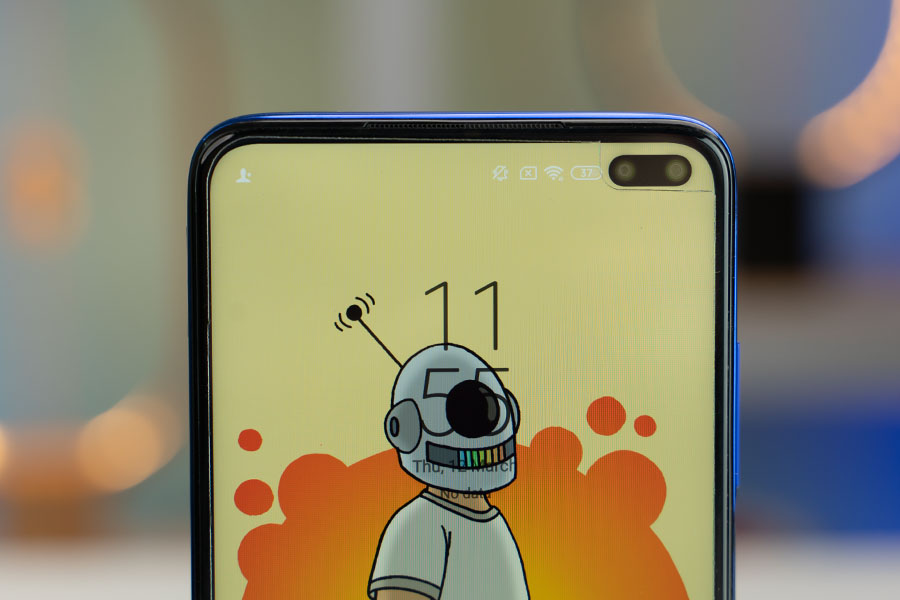 This one suffers from the same problem as the Note 8 Pro, the selfies have an unnatural red tint in them.

And don’t get me started about the portrait selfies. I have been emphasizing how the depth sensor does not prove to be of much importance and its performance justifies it.

Despite having a separate depth sensor, it does not have proper edge-detection and subject focus and even HDR does not quite do the job here.

Videos are impressive though. They are detailed, they are stabilized even at 4k 30fps, their colors are good, so I have no complaints in that regard.

And for the enthusiasts out there, you can shoot normal, ultra-wide-angle and macro images from the pro mode as well, which lets you play around with a lot of things to get better images.

So, the aspect where Poco could have done better is the design. And by design, I don’t mean the build quality, I mean the looks. 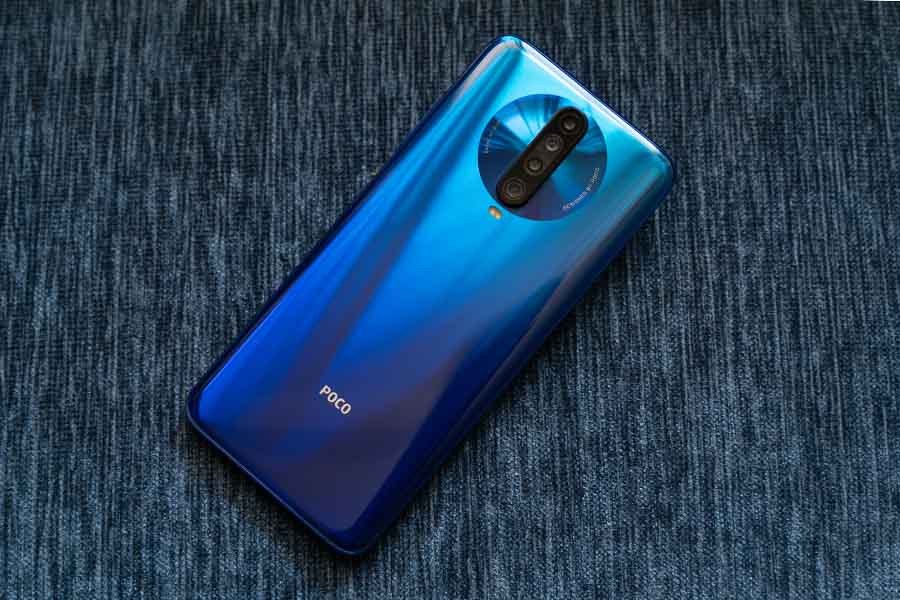 Even though the phone feels good on the hands, it’s not an eye-candy. The circular pattern around the cameras looks “ugly” in my opinion and somewhat seems inspired by others. So, it would be better if the company came with its own design changes rather than identifying with some other brand.

Because, sincerely, I don’t mind the K20’s design as I thought it was different, so the company could have gone with something like that. Other than that, all aspects of the design seem good, especially considering the POCO F1’s boring plastic design.

And it’s impressive that POCO has retained an IR blaster and the headphone jack. Also, I don’t know how many of us are comfortable with a side-mounted fingerprint sensor, but I love it on the POCO X2.

It’s fast, reliable, and does not take up space at the rear of the phone. Considering the IPS screen on the phone which cannot house an in-display fingerprint sensor yet, the one on the side is the next best implementation, I think.

And considering the budget, there is no IP rating of course. But there is a P2i coating to help prevent the phone from minor splashes. In my one month with the phone, I haven’t developed any scratches at all, which is thanks to the gorilla glass 5 protection on both the front and back. 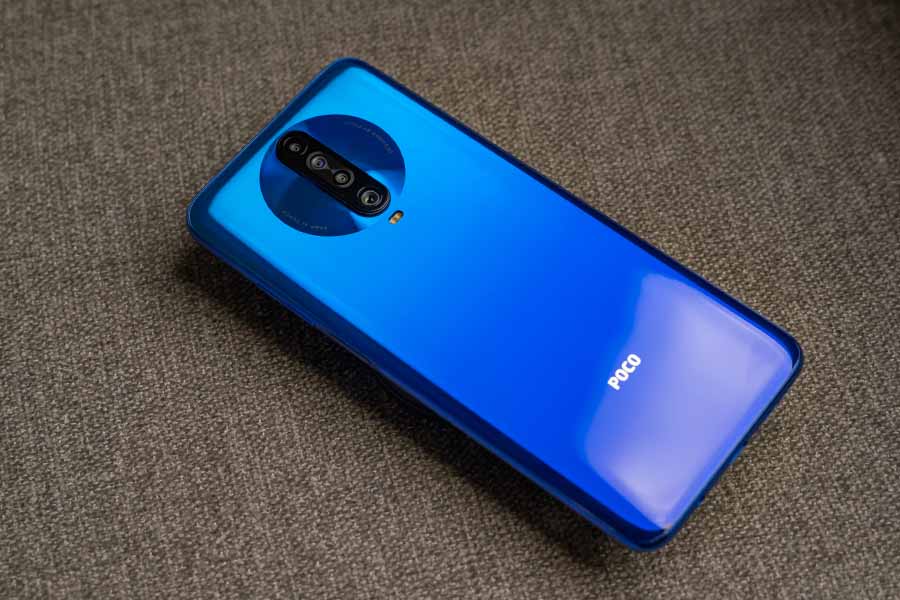 Overall, I think the design implementation could have been better than it is because to me it seems randomly put together without giving much thought. I am particularly not a fan of the fact that it is so ordinary.

Alright, after whining for a minute about the design, let’s move to another important aspect, the performance. I am a little put-off in this aspect too because the POCO F1 we all loved was popular because it gave a flagship-level performance at a mid-range price, but now it’s no longer the same.

That being said, the Snapdragon 730G chipset in here is still one of the best mid-range chipsets around. And for an average user, the performance it delivers should be sufficient. I have installed a lot of apps in this unit and till now it has handled all my normal tasks with a breeze. I have never felt even the slightest of stutters in my everyday work. In fact, the 120Hz screen makes it even smoother.

For the games, yes, I have missed being able to play in the highest of settings on the POCO X2. And it hurts, even more, to see my friend’s POCO F1, which is now almost 18 months old, can still play all the games in the highest settings. 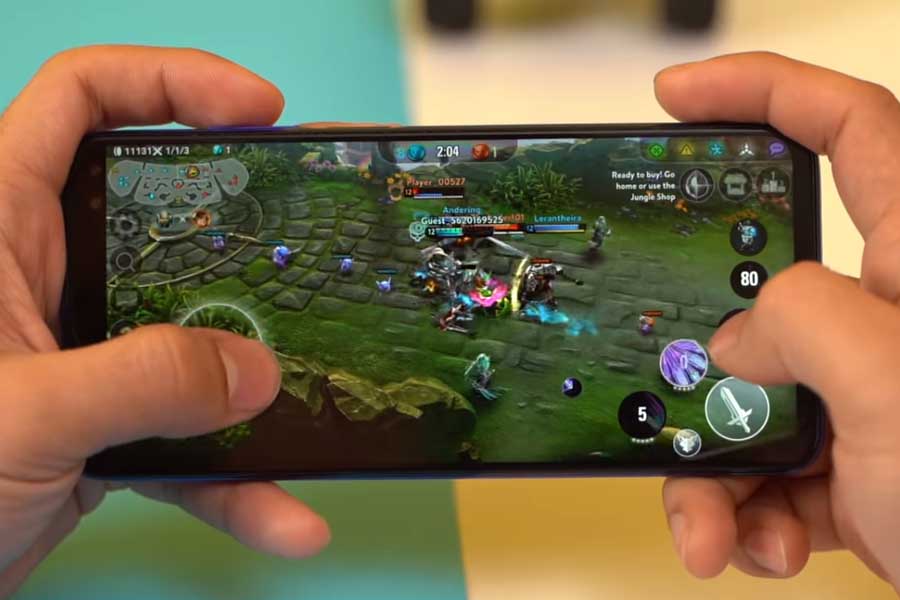 Here, playing PUBG in high frame rates and HD graphics will lead to few stutters here and there but nothing so alarming. COD too runs pretty well in high settings. But, with games that support high frame rates, you will definitely have a better experience than the POCO F1 or any other 60/90Hz refresh rate phones.

But one thing to notice on the Poco X2 display is the touch sampling rate is still 120Hz, so the gaming experience especially while playing those graphic-intensive games is not as good as say, the Galaxy S20+ which has 120Hz refresh rate and 240Hz touch sampling rate.

Now talking about the MIUI, you know it’s not my favorite skins as its relatively heavier, but it is better than many out there. However, I would very much like to see some visual changes to the UI like the icons and even the notifications panel maybe. But I like how the POCO launcher arranges applications according to their type to make the experience simpler. However, what I do not like is the bloatware that comes along. If you don’t uninstall them, those apps keep sending notifications which is very annoying.

But this time, Xiaomi has promised to keep the POCO X2 free of ads which the company has delivered so far, so I am very happy about that. It is available in 3 variants, and I got myself the 6GB RAM and 128GB storage variant.

Now, the battery life on the POCO X2 has been excellent with the 60Hz option on. It usually gave me about one and a half day’s usage on a normal day and one full day when I used it intensively. 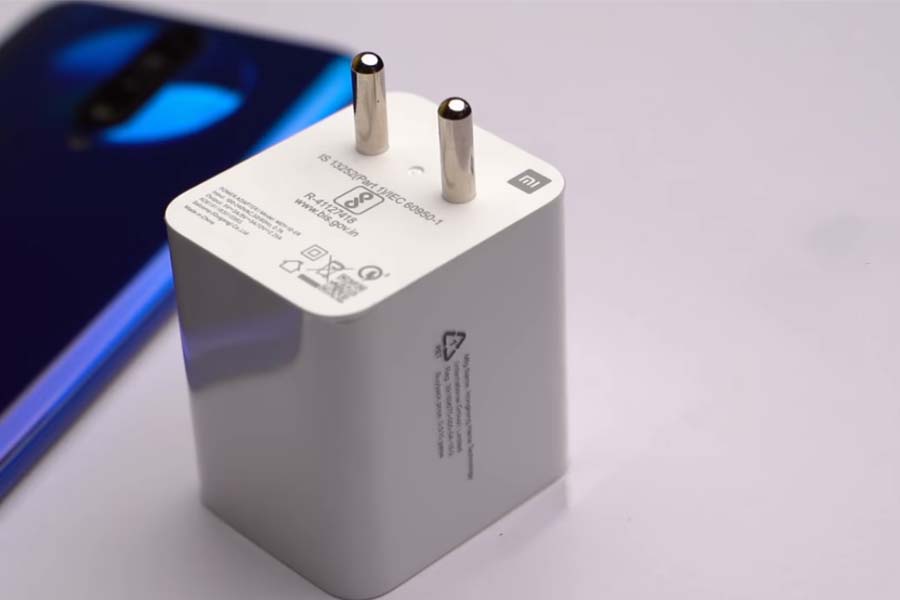 However, when set to 120Hz, the battery life reduced significantly to about a day only. And when I gamed a lot especially with 120Hz turned on, I noticed a faster decrease in battery levels. But, the 27-watt fast charger you get inside the box fills up the battery pretty quickly, like around 70 minutes.

Talking about the audio coming from the single firing bottom speaker of the POCO X2, it gets fairly loud, but like other midrange phones I’ve gotten to review, it lacks depth in music.

I also didn’t face any issues with the call quality, nor the receivers have complained about anything, so things are good on that part too.

Well, looking from the perspective of a mid-range device, the POCO X2 rocks all the grounds it hits as demonstrated by the review. It’s got solid if not the best cameras, the display with the 120Hz refresh rate delivers on the expectations and performance seems fulfilled too.

But, I feel like the “POCO” brand should have followed the POCO F1’s footsteps rather than the K20’s. And because it’s not so, I feel like the phone is boring. I mean the company could have done better than just rebrand the Redmi K30 as the POCO X2, especially considering that POCO is now a separate entity.