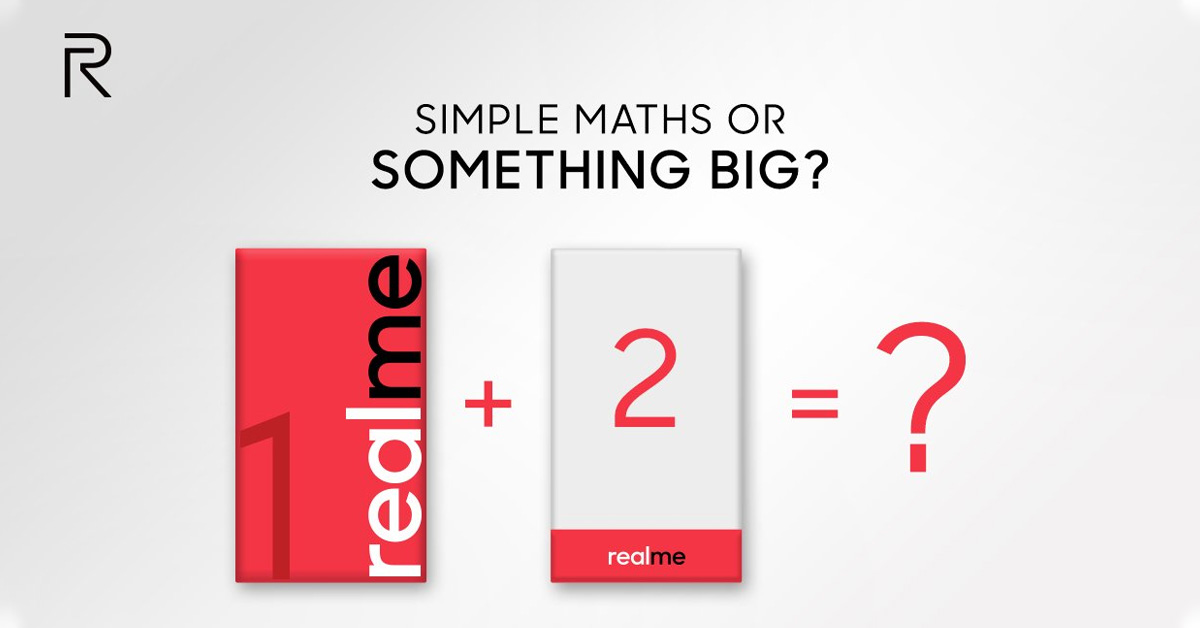 We have the Realme 1 and the Realme 2, so what’s next? Well, if 1+2 is 3 then the next phone from OPPO’s spinoff brand will be the Realme 3. Further reports confirm the tweet, claiming the phone will launch early March in India. Take a look at the official tweet from Realme below:

Let’s see if you can put 1 and 2 together. ? pic.twitter.com/hLneqExJc9

Jumping into the specs, well we have none to share with you. The rumor mill has been a bit on the quiet side with this smartphone. But with the launch date approaching soon, leaks should start to surface soon enough. What we can say for sure, for the time being, there is a Realme 3, and it’s launching soon.

The phone will debut in India, which seems to be the prime target for most smartphone manufacturers. With the growing economy, gigantic population, and an unquenched thirst of “value for money” smartphone, why not.

As for Realme’s presence in Nepal, they currently have two phones up for sale over here. Those being the Realme C1, posing a great value for money, alongside the Realme 2 Pro, a performer with a great set of cameras. Pricing of both smartphones are perfect and are easily two of the best options out here.

Their international presence has also been a pretty great one. With outstanding pricing, great specs, and decent cameras, it’s no wonder they sold over four million smartphones in just seven months. The Realme 3 is also expected to hit the market with the same level of price to performance ratio while adding something new to the table. A 48MP rear camera perhaps?