Realme has finally launched the youth-oriented Narzo brand of smartphones in Nepal. Here, the Narzo 50A is the relatively more premium of the two phones launched today. Let’s walk through the specs, official price, and availability of Realme Narzo 50A in Nepal.

Being a youth-centric lineup, Narzo smartphones are known for their distinct design. And the Narzo 50A is no different. Its square-shaped camera module is considerably larger than its predecessor, the Narzo 30A.

Along with the camera setup, the phone also houses a Narzo branding and rear-mounted fingerprint scanner. The camera island also divides the rear back into a textured and smooth finish, giving the phone is dual-tone look. 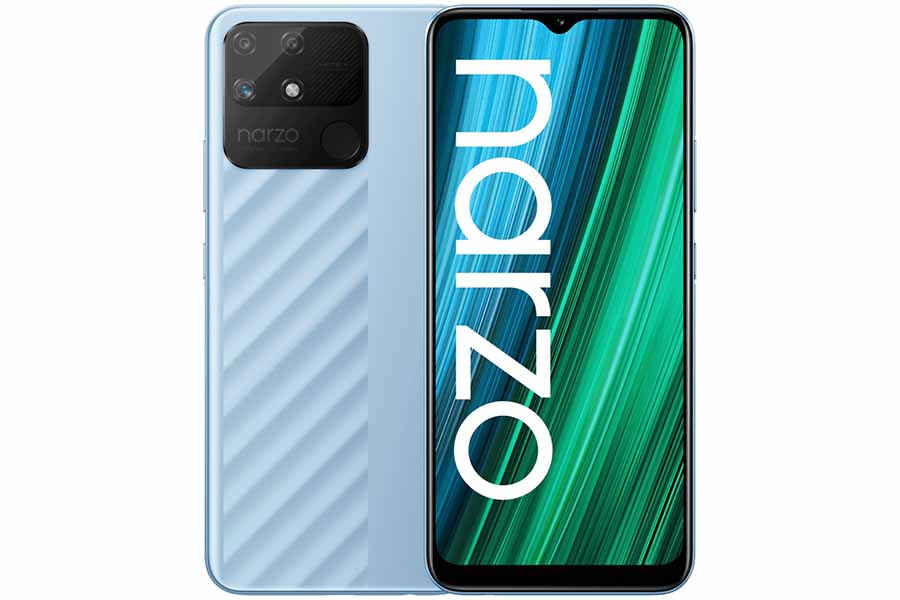 Upfront, you are greeted with a 6.5-inch HD+ LCD panel with 400 nits of typical brightness. It can reach up to 570 nits under Sunlight mode.

Under the hood, Realme Narzo 50A packs MediaTek’s Helio G85. It’s the same chipset that powered its predecessor. Thus, there is no performance boost this time around. The chip is coupled with 4GB of RAM and 64/128GB internal storage.

The triple camera setup at the back is one of the main highlights of Narzo 50A. Leading the setup is a 50MP primary sensor, accompanied by a 2MP depth and a 2MP macro sensor. Realme has even added a 50MP mode and Super Nightscape mode into the camera app. There’s an 8MP selfie camera inside the teardrop notch. Moving on, backing the Realme Narzo 50A is a 6,000mAh battery with support for 18W charging. You can also use it to charge other devices because of its reverse charging support. The phone boots on Realme UI 2.0 based on Android 11 out-of-the-box.

Realme Narzo 50A Price in Nepal and Availability