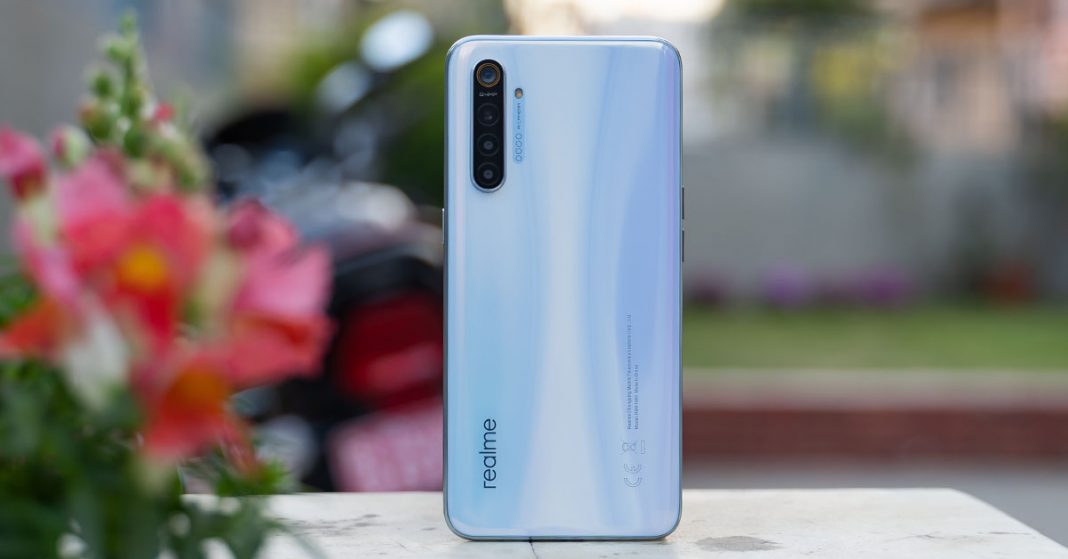 So, with the recent launch of the “new” Realme 6 and 6 Pro, I wondered if the Realme X2 is still relevant to this day. This question is kind of weird because this phone is not that old, it’s just been like 3 months. Anyways, I have been using the Realme X2 for like a couple of months now and this is my long-term review.

Starting with the build, I don’t have any problem with it, to be honest. It still looks like a new phone. Despite having this white variant with me, there’s no sign of the phone looking outworn. I haven’t had any scratches on the back, so the Gorilla Glass 5 has done a good job so far. It feels good on the hand too, although it’s a little heavier as compared to say, Galaxy A51. The only thing that I wish was better is the side frames, which are made of plastic. It’s not that of a big concern if you are using it with a good phone case, but as I’d been using my Realme X2 without one during the review period, the plastic frame has worn out a little.

By the way, the clear case that came along inside the box should do a good job for like a month, until it starts looking pale. And unlike the POCO X2, this phone comes with an in-built screen protector which has helped me a great deal because I carry my phone with my keys and other stuff. So, along with the Gorilla Glass 5, the screen protector has been my savior.

However, In the future, I would certainly like to see a different design language from the company because this quad-camera layout and an ever so slightly boxy design is what we have been seeing in a lot of Realme phones to date.

But should it make that big of a difference in your purchase decision? Well, it totally depends upon your usage. Sure, a higher refresh rate display makes everything smooth and if you are someone who games a lot, the 120Hz screen might be of some significance to you. Otherwise, I believe a 60Hz panel will do just fine. As I have been saying in many of my reviews, one should not fall for the buzz created by the manufacturers, especially in things that you might not even need.

Regardless of that, the panel is a nice one. Not the Samsung level nice, but nice. One little thing that has bothered me, however, is that this display inordinately exaggerates the red hues which I don’t quite understand why. In comparison, the yellows and the greens are a little subdued. 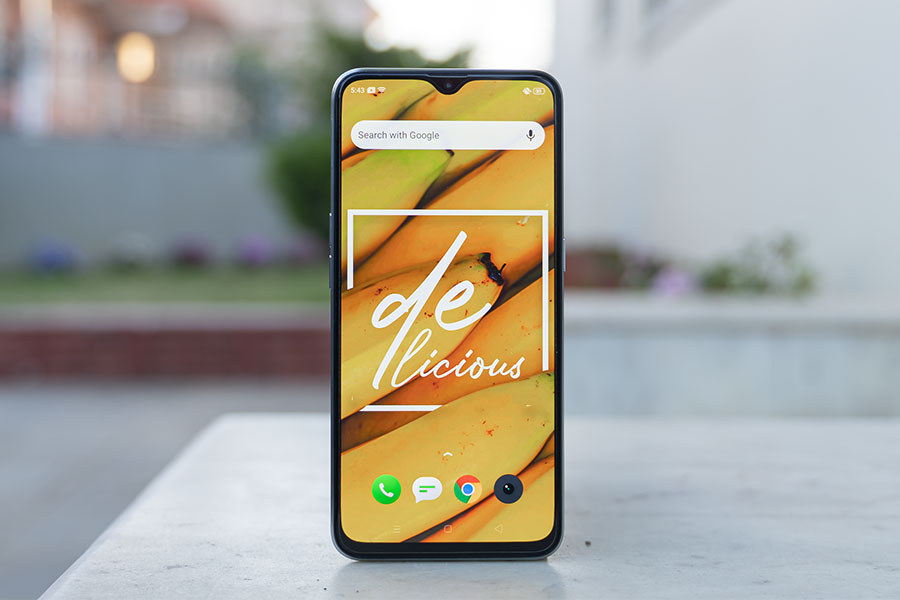 The brightness of the X2’s display is good in indoor situations, though you want it to be just…just a little bit more when heading out. There’s a U-shaped notch on the top that houses the single front-facing camera. As traditional as it might look, I surely do prefer it over the dual punch holes of the POCO X2. Don’t judge me, but that’s what I’d choose.

Which brings me to the quad-cameras. I am going to repeat the same thing that I said in the POCO X2 review about the macro and the depth-sensing lens in this review of the Realme X2 as well. I think the addition of these lenses is just for marketing purposes and nothing else, considering how impractical & gimmicky at best they are.

And maybe Realme understood this and thus have given a telephoto zoom lens in the Realme 6 Pro.

I just hope, more and more brands in 2020 will follow Realme’s step.

Now, onto the core camera performance, the 64 MP primary Samsung GW1 sensor has been doing a good job. I like how Realme works on image processing to bring the best out in images. However, I must admit some of the images are not very color accurate and oversaturated at times. And this has still remained the same despite Realme sending OTA updates.

This means, we know it and Realme knows it as well, yet feels like they don’t want to. Maybe it’s because their study tells that the Realme users, in fact, prefer over-saturated images to color accuracy. I don’t know, just my assumption.

With the 64MP sensor, details are on point in most of the images although I did notice some softness in shadowed corners. Also, I found the dynamic range and details to be better on its closest competitor, the POCO X2.

Regardless, I think the Realme X2 is a great point-to-shoot camera phone if you are someone who does not like to meddle so much into editing affairs.

Ultra-wide images have a slightly inferior dynamic range and details as compared to the primary one, but look good nonetheless.

I have liked the portraits from the Realme X2. The dynamic range and subject look pleasing and the depth in the background looks good too.

Selfie portraits share the same story although it’s done via software. However, the dynamic range that works so well for the back cameras is not the same on the front camera. Selfies from the X2 yield good outcome in terms of skin tone, details, and colors.

Normal night time images are not as bright as you would expect it to be, but they’re not downright miserable too. There’s the nightscape feature that lets you rectify the imbalance of exposure to a good extent.

Video-wise, it is on par with what the competition is offering, you can go up to [email protected] which result in fairly stabilized videos. But I think the best stabilization is definitely at 1080p/30fps if you are not using a gimbal or any other physical video stabilizer.

So, overall, this is a good enough camera for an average person. And if you are a geek, you can install the latest GCam and get the best out of this camera.

Performance-wise, you get the same chipset as the POCO X2, the Snapdragon 730G. And as I said in that phone’s review, it’s an excellent mid-range chipset.

You can crank up the game to high settings in graphic-intensive games and play in an almost stutter-free manner. Everyday tasks are a piece of cake for the phone. Similarly, the smooth performance is also aided by the 8GB of RAM version that I have with me. 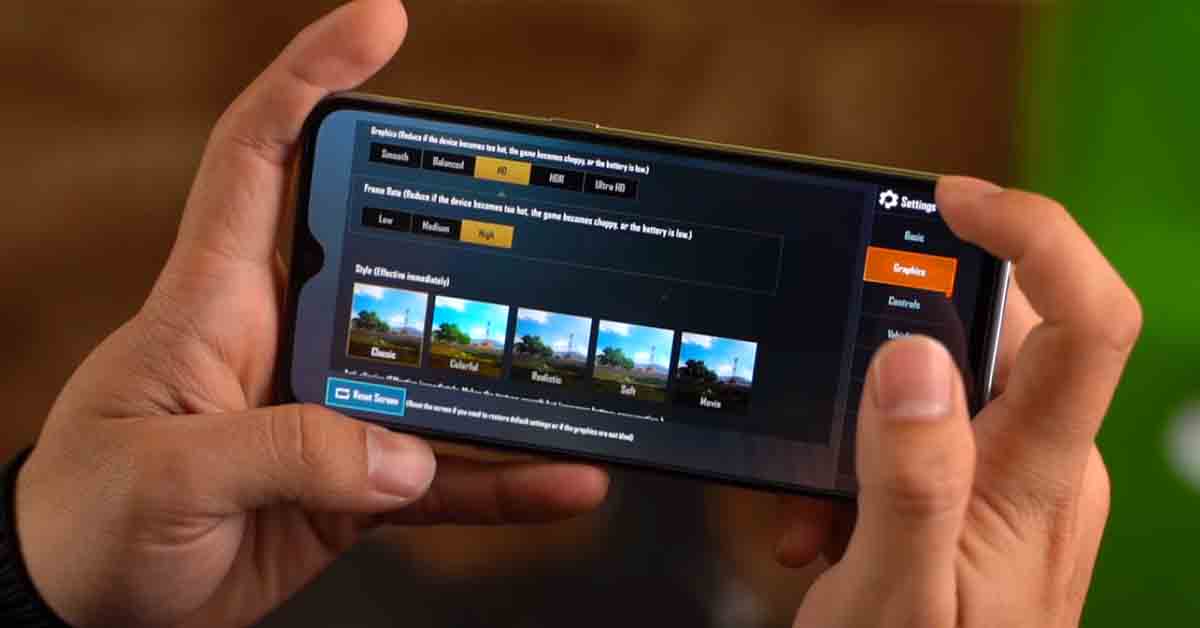 But I think RAM management is something Realme could work a little more on. For the 8GB config, it’s not a big issue. However, if you opt for the 4GB RAM variant, multitasking is most definitely going to take a hit.

Also, I have the 128GB storage with faster UFS 2.1 read & write memory. You get a dedicated microSD card slot here as well, which is always great to see.

The in-display fingerprint sensor has been consistently performing well. And this is an advantage over the POCO X2 or the Realme 6 Pro because they have a capacitive fingerprint sensor. So, Realme X2 does feel a bit modern.

Not so good software experience

Now about the software, the Realme X2 is still running on the older ColorOS 6.1, although I’ve got February’s security patch already. And I haven’t received the new Realme UI based on Android 10 yet, but it won’t change the fact that this is not one of my favorite skins. 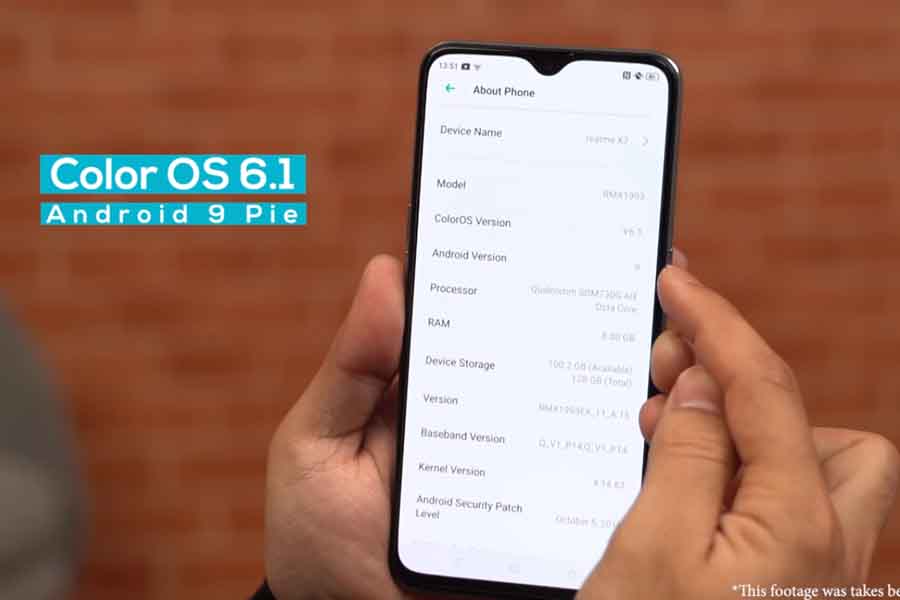 I feel like it’s too cluttered with bloatware, which if not uninstalled, keeps sending you notifications and that’s annoying.

This skin is lighter than MIUI though and it’s got a lot of things to play around with, so that’s a good thing. And if dark mode is your thing, the X2 has got it covered, even for the apps that don’t natively come with it. It has also got the side navigation thing that I have come to be a fan of.

Getting to the battery life, it has been above average on my use. The phone’s got a standard 4,000 mAh cell which lasts you for a single day. And since the screen is a 60Hz panel, you won’t have to worry about excessive battery drainage.

Furthermore, what’s excellent is how fast it charges! The 30Watt VOOC Fast Charge 4.0 fills up the battery in just around 75 minutes.

While we are talking about the good things, the speakers on the phone are impressive too. Though it falls just slightly behind the POCO X2 in terms of loudness, the Realme X2’s audio sounds better with good depth and an overall balanced sound than the POCO X2.

Overall, I’ve had a very good time with the Realme X2. And although you get new phones like POCO X2 and Realme 6 Pro with a higher refresh rate and slightly better cameras, the Realme X2 does have an advantage with its Super AMOLED display and an in-display fingerprint sensor, as I’ve discovered during my review.

Apart from that, there isn’t any big difference between these phones. If you look at the pricing structure, it makes it even more confusing about which one to pick. To add to the confusion, Realme is still selling Realme X and Realme XT. But newer is always better in most cases and is future-proof when it comes to software updates too. So, at this time, until and unless Realme drops the price of X2, I strongly think you should get a newer phone instead.