After launching the A01 Core last year, Samsung announced the A03 Core a few weeks back. This budget phone has now been confirmed to launch in Nepal as well. Here, we will walk you through the specs, features, official price, and availability of the Samsung Galaxy A03 Core in Nepal.

Samsung Galaxy A03 Core finally drops the traditional bezel-filled design that the Core lineup is known for. It now sports a waterdrop notch on the top for the selfie camera. The display here is a 6.5-inch LCD panel with HD+ resolution. A big singular camera module stands out at the back. Samsung has included stripes around the camera, roughly replicating the camera island on the S21 series.

On the inside, Galaxy A03 Core packs an unspecified processor with two quad-core CPU clusters, clocked at 1.6GHz and 1.2GHz. But we know that this is the Unisoc SC9863A (28nm). This is paired with 2GB of RAM and 32GB of internal storage. The phone runs on Android 11 (Go edition).

The main camera on the back uses an 8MP sensor with an f/2.0 aperture and supports autofocus. The 5MP selfie shooter has an f/2.2 lens and fixed focus. Samsung has included a 5,000mAh battery on the A03 Core that supports 7.75W charging via the Micro USB connection. There’s no fingerprint scanner onboard this phone. 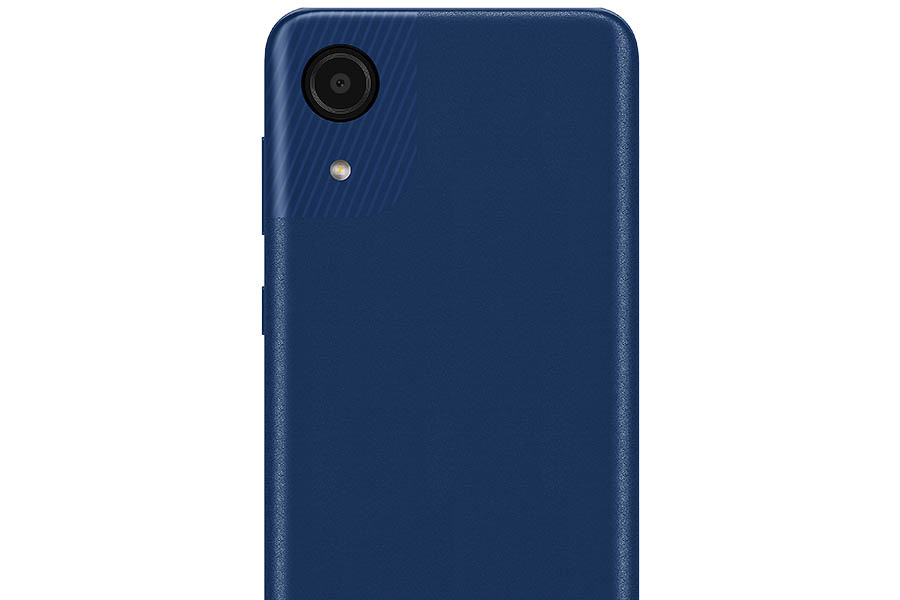 Samsung Galaxy A03 Core Price in Nepal and Availability

The official price of the Samsung Galaxy A03 Core in Nepal is Rs. 12,499 for the sole 2/32GB variant. The phone was initially launched for Rs. 11,999 in January. You can buy Galaxy A03 Core from Samsung-authorized stores across the country.