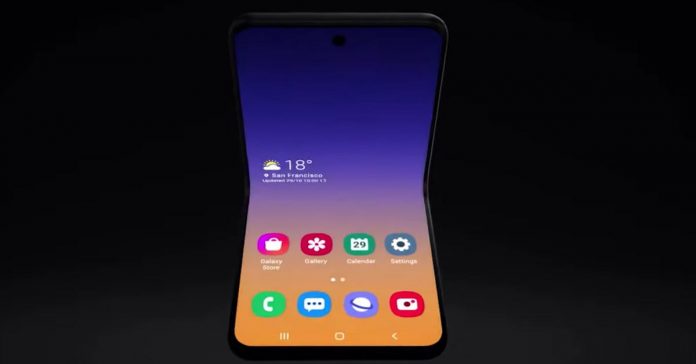 2019 was the year when foldable smartphones really started to make waves in the market. Last year we saw some amazing innovations from the likes of Samsung, Huawei and more. The Samsung Galaxy Fold was easily one of the most innovative designs of the lot. Sure, there were mixed reviews but it was undoubtedly an innovative smartphone. However, smartphones such as the Huawei Mate X and Motorola Razr 2019 did bring in some serious competition. But Samsung seems to be ahead of the curve when it comes to foldable smartphones. That’s because rumors are already swirling about the new Samsung Galaxy Fold 2. And as its name suggests, it will be the successor to last year’s Galaxy Fold.

The Galaxy Fold 2 was actually supposed to be launched during the Mobile World Congress. However, the COVID-19 pandemic delayed the launch. Now, it is being touted that the device will launch during the Unpacked event alongside the Galaxy Note 20 series. It will be an online-only event and will take place on August 5.

The rumor is that Samsung will stick to the book-style design akin to the original Galaxy Fold. As for the material, it is likely to be either an aluminum-glass finish or a stainless steel-ceramic finish. The display this time around will be bigger than that of its predecessor. Rumor is that the total size of the screen i.e when the phone is unfolded will be 7.7-inches. Furthermore, the display will boast a refresh rate of 120Hz. The display panel will be made up of the same ultra-thin glass that we saw in the Galaxy Z Flip.

There have been contradicting rumors about the technology that has been used to incorporate the front camera. Some claim that it will have the Infinity-O punch-hole design. However, other reports suggest that there will be an under-display camera. Whatever it may be, this just means that there will be more screen for users to enjoy. Leaks have suggested that the Samsung Galaxy Fold 2 will have the same rear cam setup as that of the Galaxy S20+. That means there will be a triple camera array with a 12MP main sensor, a 64MP 30X zoom camera, and a 12MP ultra-wide lens. However, some other rumors suggest that the ultra-wide lens will be a 16MP sensor instead.

Now, we haven’t heard much about the front camera. So, until any news comes out, it is safe to assume that it will sport the same 10MP lens as that of its predecessor.

The original Galaxy Fold sported a 4380mAh battery. However, as the screen size is expected to change this time around, the reasonable expectation would be that the battery capacity will increase too. Similarly, I hope that Samsung improves the charging speed on this one. Hopefully, this new device will be capable of either a 25W or 45W charging.

However, there have been contradicting rumors about this too. Some suggest that the Fold 2 will stick to the previous 15W charging. Whereas others suggest that it will get that 25W upgrade. But I would say that don’t be too optimistic about the charging speed of the Fold 2. Furthermore, we will most probably get to see the PowerShare reverse wireless charging on this device too.

This rumor has been going around for a while now. Many had suggested that Note 20 will not be the only device to feature an S-Pen. The fact that the Fold 2 has a huge display made it a perfect device that could well sport an S-Pen. If it was to feature on the Fold 2, it would have certainly added a host of exciting features to the device.

However, recent leaks suggest otherwise. And the reason behind it is the UTG display that the Fold 2 sports. Apparently, manufacturers were unable to make the ultra-thin glass capable of withstanding S-Pen’s pressure. They tried using polyimide films instead. However, it was not seen as a viable alternative. Thus we will have to wait till 2021 to see a stylus in a folding phone

Just to clear it out, the things mentioned out here are all rumors. They might be from reliable sources and might well turn out to be true. However, at this point, they are nothing more than rumors. So take this information with the pinch of a salt. Now, as there is still some time left before the launch date, more rumors are likely to pop out. But don’t you worry as we will keep you up to date with whatever is going on!