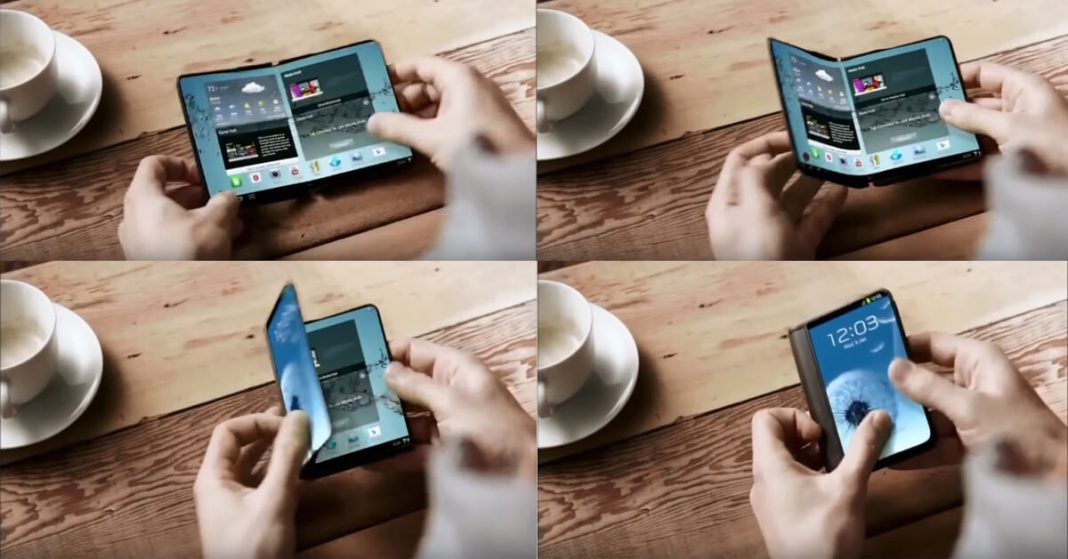 Ever since Samsung hinted about foldable smartphone technology a few years back, people have been patiently waiting for the miracle to arrive. Now that Samsung has confirmed for its arrival, the wait is finally coming to an end.

Samsung Electronics, on Wednesday, announced that the company is planning to introduce the foldable OLED display technology and finally we shall be out carrying a smartphone that is completely flexible.

Samsung in its fourth-quarter report stated explicitly, ” As for mobile business, Samsung will continue its efforts to differentiate its smartphones by adopting cutting-edge technologies, such as foldable OLED displays.”

That being said, the company is also said to focus on other innovative features such as Artificial intelligence (AI) and the Internet of Things (IoT) in the current year launches. Samsung’s flagship feature Bixby Assistant and Upcoming 5G technology are too in line up with this year’s cutting-edge technology list.

The move towards foldable displays and AI for smartphones can be interpreted as Samsung’s strategy to distinguish itself from its competitors in the market. With different Samsung smartphones in line for launch this year, like, the Samsung Galaxy S9, Samsung Galaxy J7 variants 2018, we are certainly curious to know what this new device will look like and how it will perform.

Along with that, Samsung is also said to take forward new businesses related to AI/ IoT by strengthening the ecosystem based on the Bixby and the much awaited 5G technology. The foldable display technology is also rumored to be used in the automotive electronics industry as foldable panels.