Home Samsung Everything we know about the Samsung Galaxy S9 and S9 Plus so... 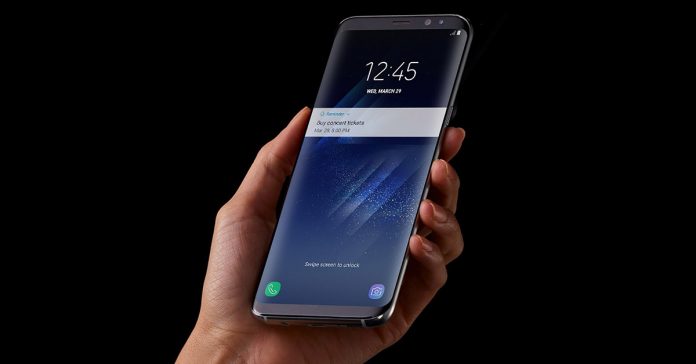 The Samsung Galaxy S9 is just a month away from being official. Samsung has already sent out invites to the press for the unveiling at Mobile World Congress next month. Although the company didn’t say much about the phone, one of the phone’s rumored features is a variable aperture camera.

As per the rumors, the front of Samsung Galaxy S9 and S9 plus will look identical to Samsung Galaxy S8. Which seems to be fair as Galaxy S8 and S8 plus are one of the best-looking smartphones around. Leaks suggest that the Galaxy S9 will include a 5.8-inch display while the larger S9 plus will have a 6.2-inch display with near bezel-less display. The smartphones will have a Super AMOLED curved display. Both the S9 and S9 plus will embrace the Quad-HD+ resolution  (1440 x 2960 pixels) with a resulting pixel density of 570 PPI and 529 PPI respectively. The phones will be powered by Qualcomm Snapdragon 845 Chipset/Exynos 9810 and will run on Android Oreo out of the box. While the S9 will have 4GB RAM and 64GB storage, S9+ will have 6GB RAM and 128GB storage that can be expanded up to 256GB via a microSD card. According to the rumors, both the phones appear to be repetitive hardware updates of the existing phone S8. In terms of camera, S9 is going to get a 12MP rear camera whereas the S9 plus will 12 MP dual camera setup on the back. However, both of them are going to get the variable aperture feature allowing it to switch between f/2.4 and f/1.5. Upfront, there will be 8MP selfie shooter on both the devices.

From 02.25.2018. #Unpacked will change how you experience everything. pic.twitter.com/llrGt0Q6gF

The Samsung Galaxy S9 will have a dual (nano) SIM cards. The connectivity options will contain dual-band ac Wi-Fi, GPS, Bluetooth 5.0, and faster LTE with Snapdragon 845.  Luckily, it is predicted that there will be a 3.5mm standard headphone jack, built-in radio, wireless charging and again the controversial Bixby AI assistant with a dedicated button and 3D face detection. The phones will be IP68 certified making it resistant to the water and dust. As for the battery, S9 and S9 plus will have 3000 mAh battery which is a similar size to the battery of S8.