Sony announced the Alpha 7 (a7) IV full-frame mirrorless camera towards the end of last year. The camera is finally available for pre-order in Nepal via Nepa Hima—the official distributor for Sony in Nepal. Here, we will be looking at the specs, features, expected price, and availability of the Sony a7 IV in Nepal.

Sony a7 IV Price in Nepal and Availability (Official)

The official price of the Sony Alpha 7 (a7) IV in Nepal is Rs. 470,000 for the body-only package. Currently, it is available at a discounted rate of Rs. 384,500 from Nepa Hima and other authorized Sony stores in Nepal.

If you pre-book the Sony a7 IV camera from authorized stores in Nepal, you will be eligible for freebies worth Rs. 35,000. This includes an NP-FZ100 rechargeable battery, 64GB SF-M64T memory card, a peak design camera strap, and a Sony Alpha T-shirt.

If it wasn’t already obvious, the Sony a7 IV is the successor to a7 III that was launched back in 2018. While trying to improve on its predecessor, the Alpha 7 IV borrows a thing or two from Sony’s recent offerings.

The new Sony a7 IV looks a lot like the a7S III in terms of design. The main camera body is made from magnesium alloy and recycled plastic. It’s the first Sony Alpha camera with a dual-layer mode dial. A second dial sits below the main dial, allowing users to switch between still, video, and Slow and Quick.

It has a 3-inch fully articulating LCD monitor with around 1.03 million dots. There is also an OLED electronic viewfinder with 1.6x the resolution of its predecessor.

On the imaging front, the a7 IV comes with a new 33MP back-illuminated Exmor R CMOS sensor. Its ISO sensitivity can be expanded up to 50 – 204,800. The new sensor is paired with the BIONX XR image processor, the same one found on the Sony Alpha 1. With this, Sony a7 IV is capable of continuous shooting of up to 10fps with AF/AE tracking. A total of 759 phase-detection AF points cover 94% of the image area. Sony says its Real-Time Eye AF can now track birds and animals for both stills and videos. In addition, face and eye detection for humans are now 30% more accurate.

When it comes to videos, the a7 IV can record at up to 4k 60fps in Super 35mm mode. It can also record 4k 30fps videos with 7K oversampling in full-frame mode. Similarly, this camera even supports 10-bit 4:2:2 color sampling and XAVS S-I intra-frame recording that were unavailable in its predecessor. It also inherits S-Cinetone picture profiles from Sony’s Cinema Line cameras. 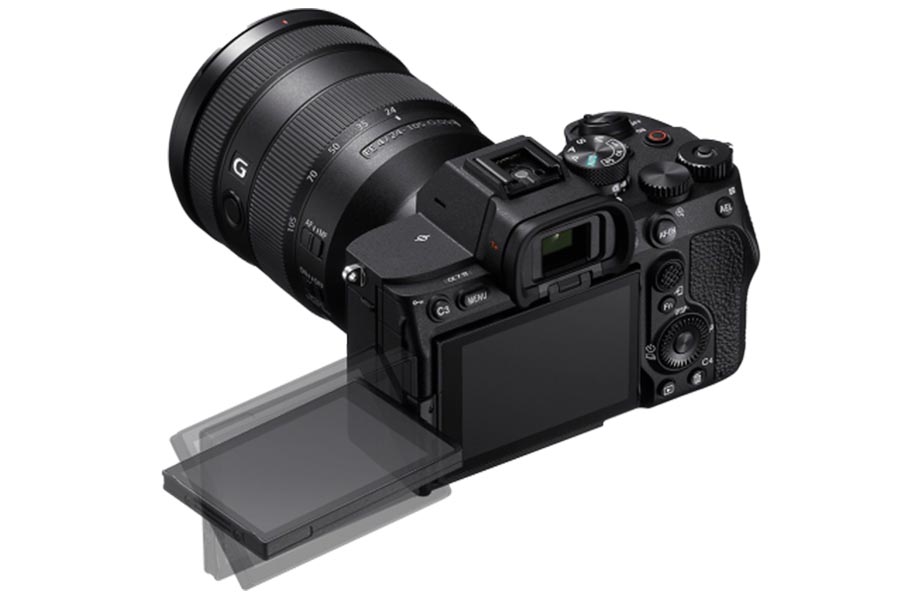 Meanwhile, check out our review of the Vivo V23 Pro.