Home Guides Things to consider while buying an SSD 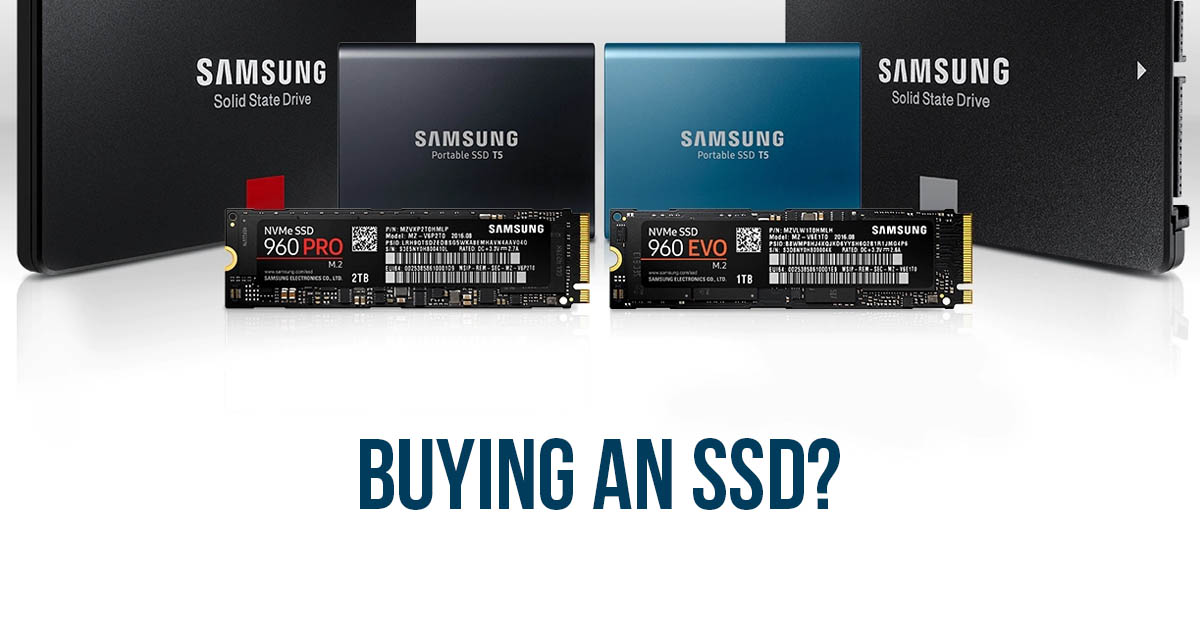 SSDs are great, they help give your old sluggish PC a new life. No matter how much of a RAM or even a processor upgrade you do on your PC, if your hard disk is the bottleneck, it’s just going to perform more or less the same. So, it’s safe to say that an SSD is the best upgrade you can perform on PC/Laptop if it doesn’t have one already.

However, there are certain cases you won’t see much of a difference. One of which is gaming. Your gameplay or the FPS will remain almost exactly the same although the game loading times will decrease significantly. SSDs only help if your storage device is a bottleneck, which is most of the times.

If you are in Nepal just like me, SSDs are making a mark. There was a time when you would have to call up your distant uncle or that one guy who is friends with your other friend to bring you the SSD you want at the price you can afford, just because they were returning to Nepal.

But that is changing and these days you can buy an SSD from absolutely anywhere at reasonable prices. But before you do that there are a few things you need to consider first.

Size of an SSD

The first and foremost is the size of an SSD, or moreover the size your computer supports. SSDs aren’t “plug and play” devices, rather they are to be fitted inside your CPU, never to be taken out unless absolutely necessary. You will also be using a few screws to put them in place too.

If you are planning to use an SSD your system doesn’t support, just don’t. If you absolutely have to maybe try a converter. These days you can find converters for anything to anything and they are pretty cheap as well.  But nothing trumps native support so pick your fight wisely. We will be looking at two of the most popular SSD sizes on the market these days.

The first is an M.2 which you might have heard. If you have a relatively new PC or laptop, there is a high chance that it will support an M.2 SSD. If it does, you need to figure out its size. The M.2 is just a general form factor, while there are multiple sizes an M.2 SSD comes in.

While the industry has agreed on a standard width size of 22mm, the length is where it just goes bananas. With three different length sizes coming in at 80mm, 60mm, 42mm, and a few others you will need to figure out which one your system supports. You can either open up your PC/Laptop or just check your user manual.

Although there are like 5 different sizes, the most common is the 80mm one. It’s also the most easily available M.2 storage device out there. They aren’t the cheapest, but they are some of the most reliable ones out there. If your system supports this type of SSD you can jump directly to the “Types of SSD”.

If your system, unfortunately, doesn’t support an M.2 SSD, a 2.5″ SSD will fit in almost any PC or laptop out there. To start with, your laptop is probably already rocking a 2.5″ hard drive, which you can just swap out for an SSD of the same size.

There are a few types of SSD and their own host interfaces. But to make things simple, we will look at two types of logical interfaces most commonly used and readily available right now. They include SATA 3 (6.0 Gbit/s) and PCIe (31.5 Gbit/s) logical interface, which will reflect directly on the speeds you will get and the price you will have to pay.

So, to make things simple, just figure out if your system supports PCI Express. If it doesn’t then you are stuck with the SATA 3 interface. This isn’t actually a bad thing, a SATA3 SSD is still twice as fast as a traditional hard drive. These are also the most common ones out there and are pretty much as cheap as an SSD gets.

While you can buy a SATA 3 SSD, even though you have an empty PCIe lane, the SSD will work as it should but you will be throwing away a lot of potential performance. You can also do the exact opposite and use a PCIe SSD on an mSATA interface, but here you are just wasting you money on a more expensive SSD.

We obviously recommend you get the correct type of SSD for your interface, but if you are on a budget, going with a SATA 3 SSD for your PCIe supported PC should be OK. The other way around however isn’t recommended unless you plan to change your whole system sometime soon.

After you have decided on the size and type of SSD you need, you now need to decide how much you are willing to spend on it. SATA SSDs starts at around 5k for 128GB and the prices will go up depending on their capacity and quality.

Comparing prices of both types of SSDs, a normal SATA 3 SSD costs about 8k for 256GB while a PCIe SSD will cost you well over 12k for the same storage. You are paying that extra for more speed and reliability. Here is the official price list of Transcend for the month of September 2018 for reference.

Where to buy one?

Online retailers like Daraz or SastoDeal do sell SSDs in both sizes. You can also try local retailers, like that computer shop you actually bought your system in. Or you can also try , which is just filled with brand new and second hand SSDs.

After you install your new SSD, the first thing you should do is install a fresh clean copy of windows on that new storage device. Sure you can just use it as a fast file storage but that’s neither optimal nor is it going to make your PC run faster. The only way you can take full advantage of that SSD is if you install your windows on that device.

This is obviously what we recommend but if you planned anything else for your SSD, well, you paid for it.

So, now you know the easiest way to buy an SSD. For PC users, this process should be easy. For laptop owners, however, opening up your computer can be a bit more complicated. There is also a high chance you will void your warranty while doing so.  But it should all be worth it, an SSD is the best thing that can happen to your system and you will feel it right off the start.

Read more: Everything about SSD