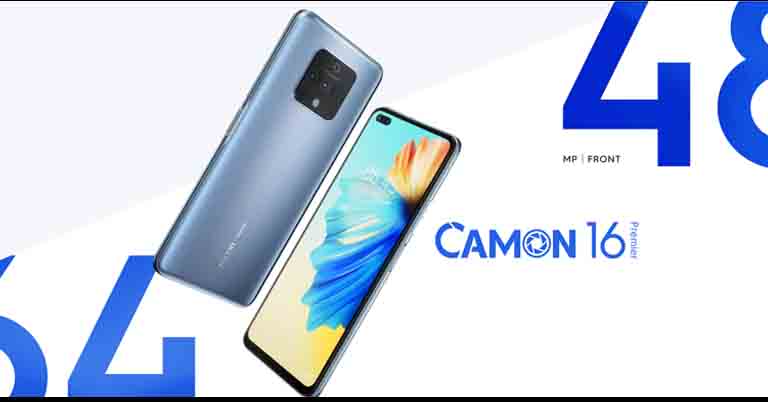 After a long hiatus, Tecno finally made a comeback in the Nepali market through the launch of the Camon 15 Pro. However, the company has already announced the first phone under the Camon 16 series. Let’s check out the specs, features, expected price, and availability of Tecno Camon 16 Premier in Nepal. 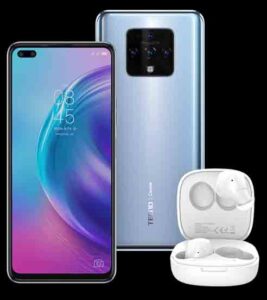 Camon 16 Premier sports a 6.9-inch FHD screen. Techno is calling it the dual dot-in display because of the pill-shaped camera cutout on the top left corner of the screen. It houses the dual selfie cameras. It has a tall aspect ratio of 20.5:9. Like many other mid-range smartphones these days, the Camon 16 Premier comes with support for the 90Hz refresh rate. The other notable feature is that users can also enjoy HDR10+ content on it.

Design-wise, the device is now more ergonomic than the Camon 15 series. The rear panel features a square camera module like the one we saw in the Redmi Note 9 Pro. However, the arrangement of the sensors is distinct. There is only one color option – Glacial Silver.

Under the hood, the device packs in Helio G90T chipset. The gaming-focused chipset from MediaTek has been previously used in devices like Redmi Note 8 Pro and Realme 6. It has been well received by the audience. Talking about memory, the device features 8GB of RAM and 128GB of internal storage. 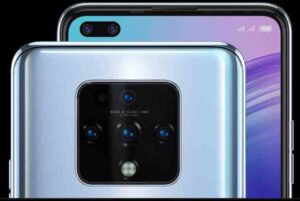 The device flaunts a quad-camera setup on the back. Sony’s IMX686 sensor leads the setup. The primary camera supports 4K video recording at 30fps. It is accompanied by an 8MP ultra-wide technology with a 119-degree of Field of View. The rest of the camera setup includes a 2MP ultra night sensor and a depth sensor. As with other Techno devices, it comes with the proprietary TAiVOS image processing technology. The company has also made some changes to its native camera app.

On the front, there is a 48MP primary selfie camera. It is accompanied by an 8MP ultra-wide angle sensor. The camera will automatically switch to the ultra-wide mode when it detects four or more people in the selfie. This will let you cover 105-degree FOV, which is better than the primary camera by 1.6 times. Similarly, the selfie camera setup comes with an updated bokeh effect, HDR portrait, and Eye focus.

Another highlight of the device is its battery. Tecno has included a 4,500mAh battery with support for 33W fast charging. It can go from 0 to 70% in 30 minutes. To keep the device from heating, the phone features a heat-tube dissipation system. It is said to reduce the temperature by up to 2-degree when charging.