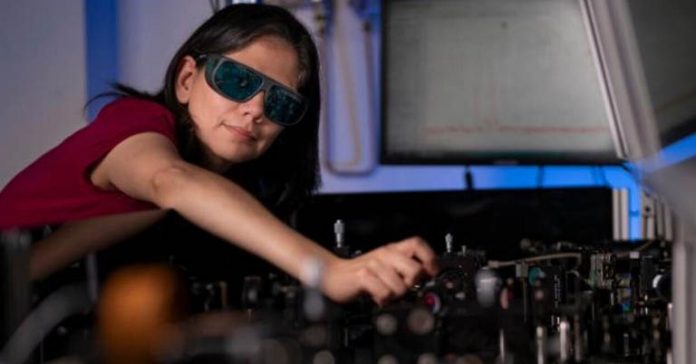 Scientists have developed a new ultra-thin film for ordinary glasses that lets people see in the dark. The film uses tens of nanometre-scale crystals that convert infrared light into visible pictures.

Researchers believe that the film can be fitted into an ordinary glass and can aid in eliminating the problem with compromised visibility at night. The idea is still in its early stages, but experts believe that it has the potential to transform the lens industry.

Scientists from Australian National University (ANU) and Nottingham Trent University have been jointly working on the project. As per the research team, the ultra-compact technology doesn’t require any power source to operate.

The thin film can convert infrared light, which is typically invisible to the human eye, into a crisp image. Even from a distance, you can see clear images in front of your eyes.

Likewise, the film comprises hundreds of nanometer-scale crystals composed of gallium arsenide semiconductors. These minuscule crystals can change the color or frequency of the light that travels through the film, converting infrared photons into images visible to the eye.

During the test of film, it produced green visuals similar to those observed when wearing night-vision goggles. According to an ANU physics professor, the prototype device uses the film to control light in a unique way that is distinct from night vision goggles.

Furthermore, the goggles convert the infrared lights by creating electrons whose signals change to a usable image that humans can see.

Dragomir Neshev, ANU professor in physics says that “This is the first time anywhere in the world that infrared light has been successfully transformed into visible images in an ultra-thin screen.”

Dr. Mohsen Rahmani, Associate Professor at Nottingham Trent University who led the study, believes that it will now be simpler to see in the dark.