Xiaomi has launched their new flagship for 2018, the Xiaomi MI 8. This is their first smartphone with a notch and a fairly promising dual camera (which scored 105 on the photo in DxOMark test). It also sports an OLED display from Samsung.

It’s a 6.21-inch 18.7:9 display with an 88.5% screen to body ratio and a notch. The display resolution remains at 1080×2280, with a pixel density of 407 PPI, DCI-P3 & HDR 10 support and a maximum brightness of 600 nits. The notch holds an Infrared lens, Infrared lighting, earpiece, proximity sensor and the 20MP front camera. Other than the notch itself, the MI 8 has a display on the front, which sadly doesn’t support in-display fingerprint sensor. 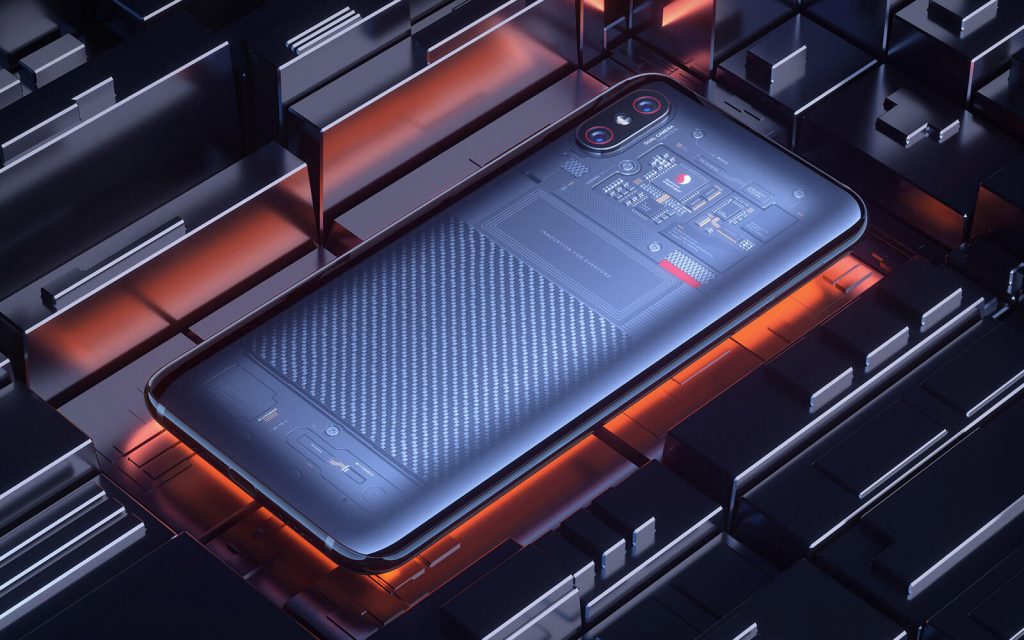 There is, however, an Explorer Edition MI 8 which comes with an in-display fingerprint scanner and a see-through back panel. It does look much cooler than the regular variant and is a bit more expensive as well. The normal versions will get a fingerprint sensor on the back.

Internally all versions come with Snapdragon 845 processor with Adreno 630 GPU, which Xiaomi claims can score 301,472 on AnTuTu benchmark test. You also get 6GB or 8GB of RAM and 64GB, 128GB or 256GB unexpandable storage choices. Pair all that with the new MIUI 10, and Xiaomi’s AI integration, and you can pretty much guarantee excellent performance. The front gets a 20MP 1.8um pixels front camera with f/2.0 aperture also capable of AI portrait selfie and AI beautify. Remember the iPhone X‘s studio lighting mode? the MI 8 gets a similar feature as well. They have ditched the headphone jack, and only port available is the USB C. It also comes with NFC and dual-frequency GPS which will make navigating super fast and precise.

Finally, it has 3D face recognization which will work in dark environments, similar to the one on the iPhone X. Powering the device is a 3400mAh battery with fast charging support. Colour options include Black, White, Gold, and Blue.

The Xiaomi MI 8 SE is another smartphone Xiaomi released in the event today. It comes with Qualcomm Snapdragon 710 chipset, which is more powerful than the Snapdragon 660 but not quite as much as the Snapdragon 845. It does, however, save around 30% of the power consumption over the 660, and boosts the performance by 20%. If you are confused over the Snapdragon 710, it scores about 174,333 on AnTuTu benchmark test.

It comes with a 5.88-inch FHD+ OLED display, with an 18.7:9 aspect ratio. It also comes with a notch but no 3D face ID like its bigger brother, the MI 8. The display panel is capable of 600 nits of brightness and supports DCI-P3 color gamut, which is pretty impressive. 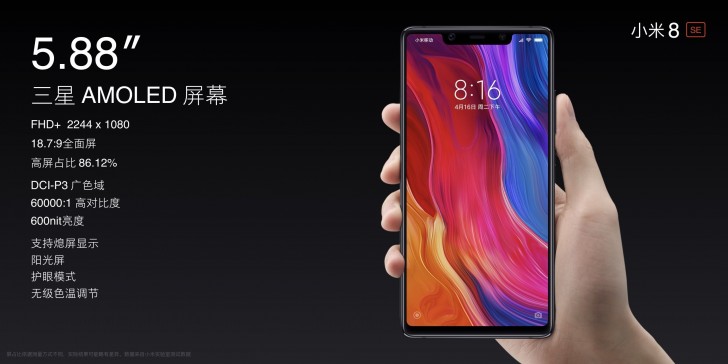 At the front, it sports a 20MP sensor with large 2um pixels. On the back is a 12MP + 5MP dual camera setup for better depth detection. Pair that with AI enhancements like beautification, bokeh and scene recognition.

Running the device is a 3120mAh battery, with support for 18W Quick Charge 3.0 over a USB-C port. It will be available in black, gold, red and blue color options.

The MI 8 will be available in China from 5th June, while the SE will follow 3 days later. There are still no words on the availability for the Explorer edition or their international release.

Xiaomi also launched the latest version of MIUI alongside their flagship. The MIUI 10 brings in a bunch of cosmetic changes alongside a deep AI integration. They claim to reduce app load time to zero thanks to the same AI integration. Overall it comes with a bunch of other under the hood optimizations delivering a much faster and lightweight UI. 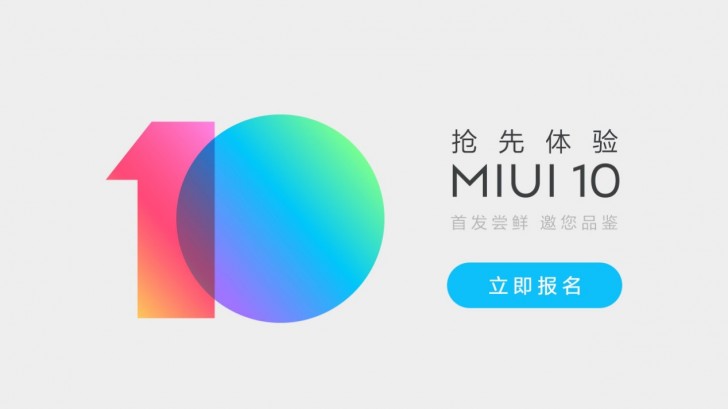 Alongside that, you also get a new voice assistant that can do tasks like read messages or give you live traffic updates among others. It’s basically Xioami’s version of Google Assistant or Siri or the Bixby. They did show a few demos of what the assistant is capable of, and it was pretty promising.

We won’t be speculating how much it will cost in Nepal, as Xiaomi’s Nepali distributors have a history of surprising us with their pricing strategy. Although if priced well, the Xiaomi MI 8 can be a serious contender in the Nepali flagship market.