ASUS ROG Zephyrus G14 was one of the first laptops powered by Ryzen’s latest 4000 series of processors. The device has been widely hailed for its performance and battery endurance. And now, the company is coming with another laptop with Ryzen’s Renoir processor. The upcoming laptop is tipped to be the ASUS Zenbook 14 UX4341Q which will be powered by Ryzen 7 4700U.

ASUS’ ZenBook series offers some of the best ultrabooks. These laptops are well known for being the sweet spot between performance, affordability, and portability. From the commencement of the lineup in 2011 to up until now, ZenBook ultrabooks have been powered by Intel’s Core processor. However, with the launch of the new Renoir processor based on 7nm nodes, ASUS has finally made the switch.

The new ASUS ZenBook 14 (UX4341Q) will be the successor to UX392FN. The most noticeable change has been in the CPU and GPU. Compared to last year’s Intel Core i7-8565U, the new ZenBook 14 comes with Ryzen 7 4700U. Though many manufacturers are still sticking to Intel’s Comet Lake H-series (based on 14nm nodes) for flagship laptops, there is nothing in the U-series that can battle it out against Ryzen 4000 U-series laptop. 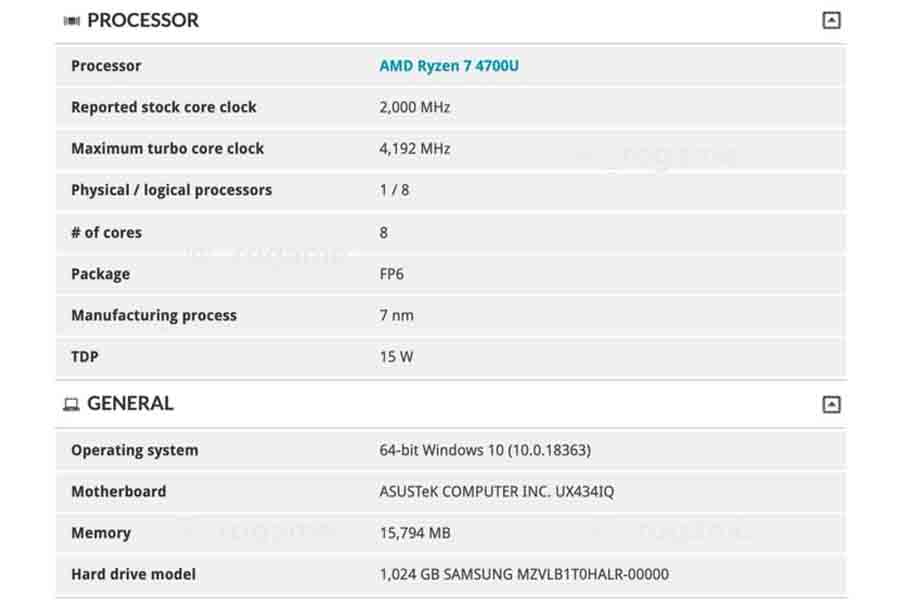 Check out our review of Asus Zenbook Pro Duo

Ryzen 7 4700U comes with 8 cores and 8 threads. The closest contender from Intel is the Core i7-10710U. It is part of Intel’s 10 Gen Comet Lake family of the processor. It is based on Intel’s 14nm node and has come with 6 cores and 12 threads. But Ryzen 7 4700 has faster base clock frequency @ 2.0Hz and is equipped with 7 core AMD Radeon Graphics. The 15W chipset comes with 12MB of L2/L3 cache size (4MB + 8MB). ASUS has also included GeForce MX350 GPU to aid the Radeon Graphics dring graphics intensive task. The device will come with 16GB of LPDDR4x RAM and 1TB of Samsung PM981 NVMe SSD.

Check out HP’s most powerful workstations

Though Asus seems to have got the processor right, many are questioning the inclusion of MX350. The GeForce MX350 is an entry-level GPU. While it is an upgrade to last year’s MX150, many argue it wasn’t necessary as performance is nearly the same as that of the integrated GPU in the 4700U. Also, its inclusion means added cost and will affect battery endurance. 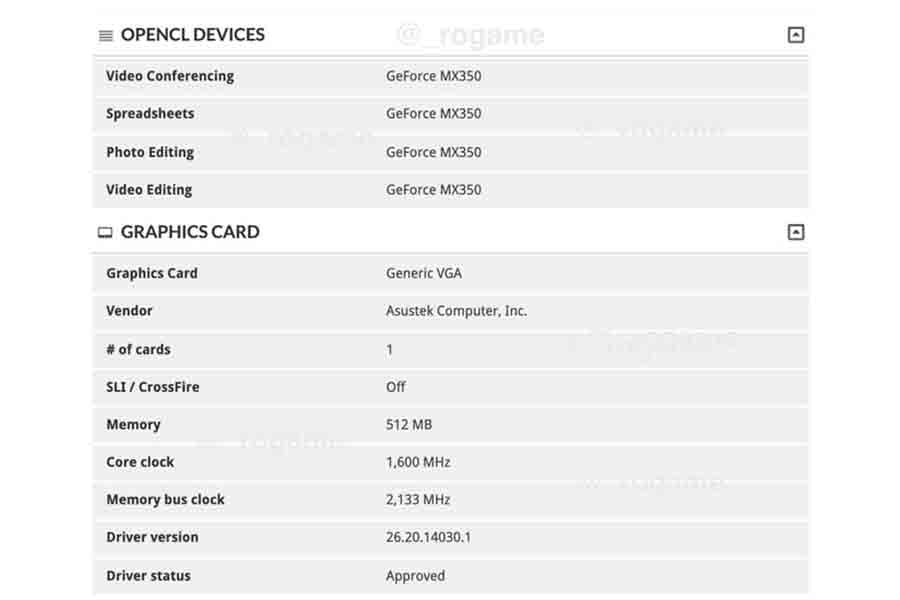 Many people are skeptical about how the new Ryzen processors are going to handle the thermals. We are not going to really know unless we test it out ourselves. However, these new chipsets are almost twice as power-efficient than the Ryzen 3000 series. And also, no one has reported an issue with the thermal in the Zephyrus G14 yet, which happens to be the only device with Ryzen 9 4900HS.

So what do you think of the new ASUS ZenBook 14? Has the leak excited you? Let us know with your comments.

Check out our review of ASUS ZenBook Pro Duo!