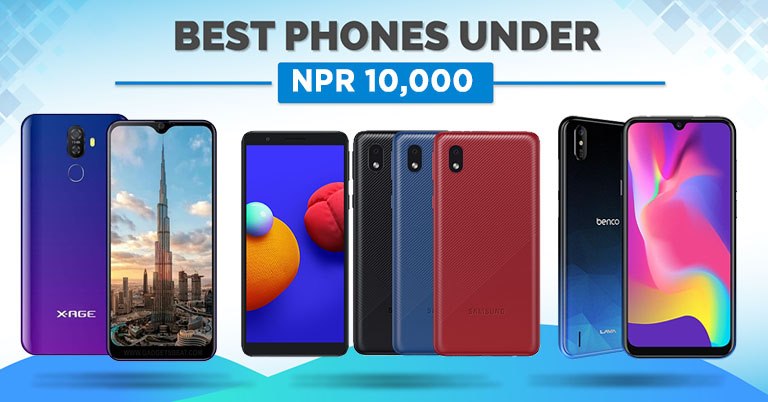 Smartphones come at all shapes, sizes, and prices. While the industry gets its buzz the most in terms of the most expensive devices it has to offer, the absolute budget segment is not one to be left unattended either. Now, in the past, there were not many good & cheap phones you could buy for Rs. 10,000 or less. However, with growing competition among the manufacturers, there are a few actual decent offerings. And we’re here to help you out. In this list, we’ve compiled the best phones under NPR 10000 in Nepal you can buy right now.

We are kicking off the list with Nokia C1 Plus and Nokia C2. The two devices are similar in both the design and the hardware that they pack. The latter has a slightly larger screen of 5.7-inch compared to Nokia C1 Plus’s 5.45-inch screen. The two devices are powered by quad-core processors with a maximum clock speed of 1.4GHz. They are available in two memory configurations – 1/16GB. 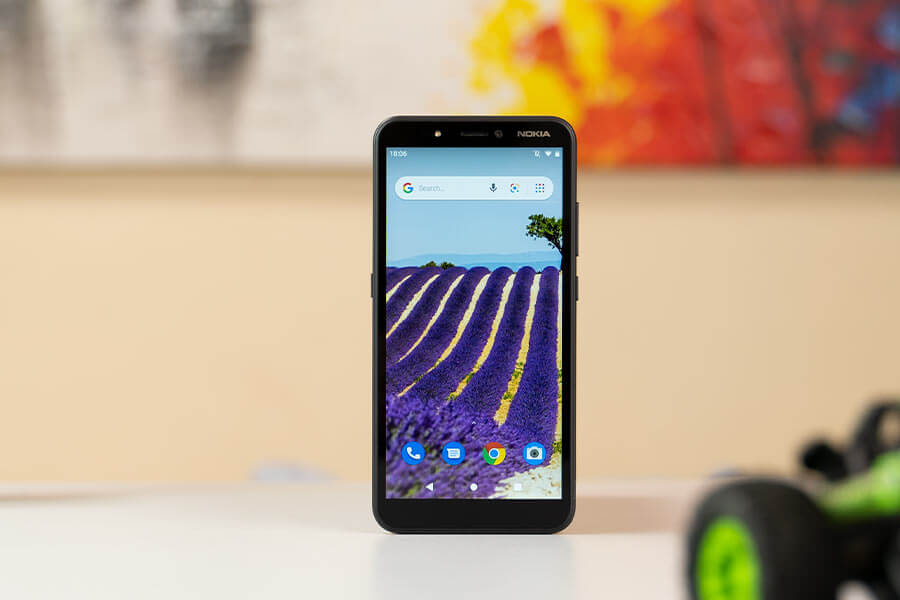 At the back, there is a pill-shaped camera module that houses the 5MP sensor and LED flash. On the front, there is another 5MP camera. This one too is accompanied by a LED flash. There is no fingerprint sensor so you will have to rely on the software-based Face Unlock feature. Another difference between the two is the battery size. The C1 Plus has a 2500mAh battery while the C2 features a 2800mAh battery.

Next up, we have the Lava Benco V7. Let’s get real for a second – “Lava” isn’t the brand that pops up to anyone’s mind when it comes to smartphones, not these days. Yet, if any company makes a good phone, they should get the recognition they deserve. And one such phone from Lava is the Benco V7. Featuring a fashionable design at a decent set of hardware, this phone is definitely a good option under Rs. 10,000 in Nepal. 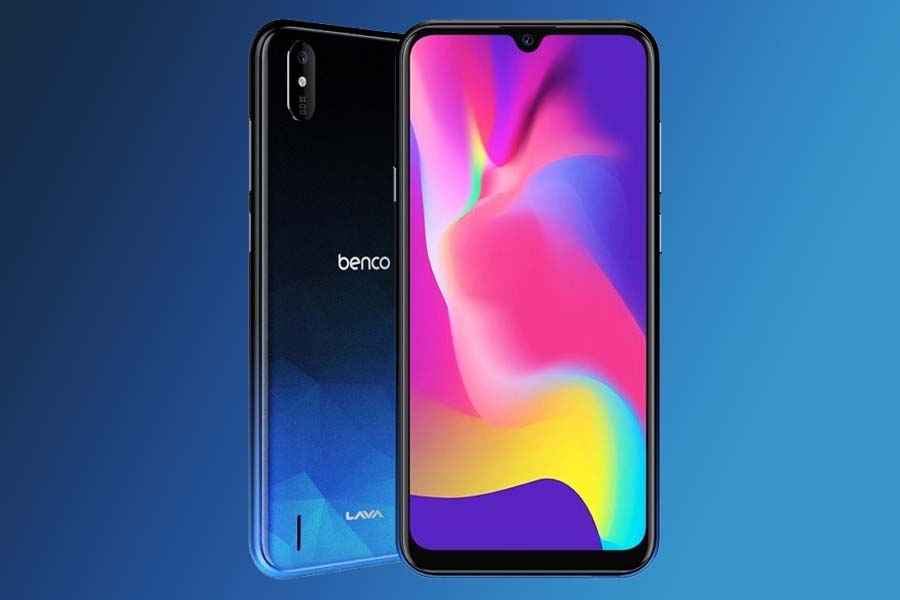 Here, you get a big 6.1-inches LCD display with a teardrop notch that houses the 5MP front-facing camera. Similarly, there’s also an 8MP camera at the back. The 19.5:9 aspect ratio that Benco V7’s got going on for itself makes for a great viewing experience. Since this one doesn’t come with a fingerprint sensor either, it has an impressively fast face-unlock mechanism that can unlock the phone in a mere 0.4 seconds.

Moreover, the phone is powered by the Unisoc SC9832e SoC with 2GB of RAM and 16GB of in-built storage. In terms of battery, it’s got a large 4,000mAh cell, which will easily last a day. However, what’s concerning about the phone is that it runs on the regular Android 9.0 (Pie) instead of its watered-down Go Edition.

The Samsung Galaxy M01 Core is the cheapest Samsung smartphone that you can buy in the market right now. It sports a 5.3-inch PLS TFT LCD screen with an HD+ resolution of 1480 x 720 pixels. Samsung has tried to spice things up at the back with the help of stripes. We also get to see the left-aligned pill-shaped camera module on the back. It houses an 8MP camera with an aperture of f/2.2. There is a 5MP camera (f/2.4) on the front for taking selfies. 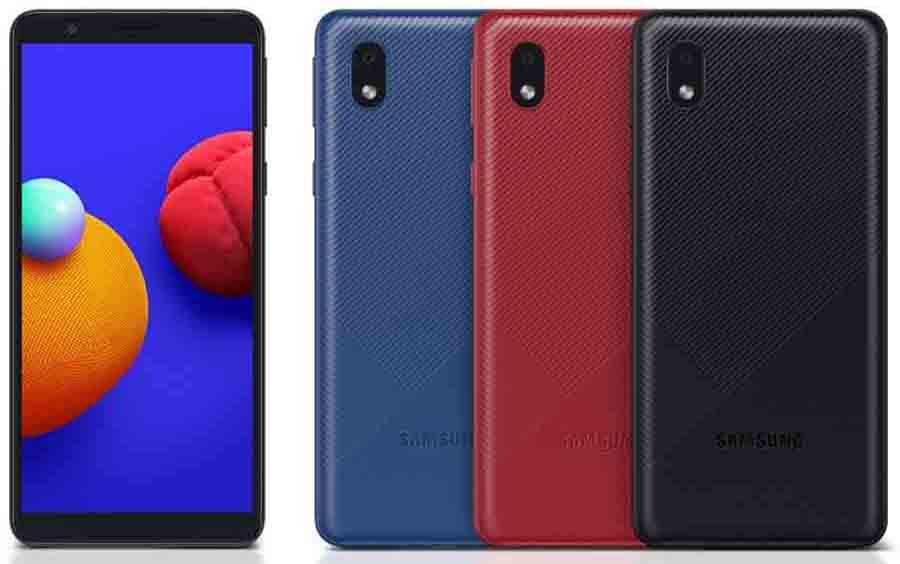 The phone is powered by a quad-core MediaTek MT6739 processor. Users can choose between two memory configurations – 1/16GB and 2/32GB. The phone runs on Android 10 Go Edition. The 3,000mAh battery promises 14 hours of internet browsing over the 4G LTE network.

X-Age is a relatively new player in the Nepalese smartphone market. The specs that the X-Age G2 offers for its price is quite impressive. It features a 6-inch HD panel with a waterdrop notch. However, the chin on the bottom is too big to go unnoticed. Even on the back, the smartphone tries to stay relevant with the gradient finish. It is the only smartphone on the list to feature a fingerprint scanner. It is placed just below the camera module. 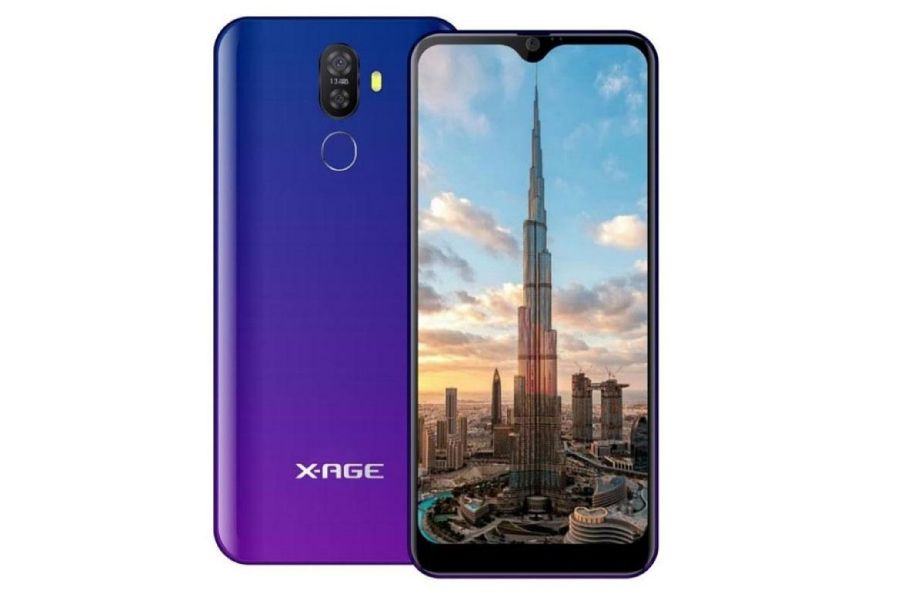 Talking about the camera, the X-Age G2 has three of them. The 13MP primary camera on the back is accompanied by a 0.3MP sensor. On the front, there is an 8MP front camera. The device is powered by a quad-core MediaTek processor and is available in a 3+32GB memory configuration.

Summary list of best mobile phones under NPR 10000 in Nepal

Do you agree with our choice of the best phones under NPR 10000 in Nepal, or do you want to add something to the list? Have your say in the comments section.