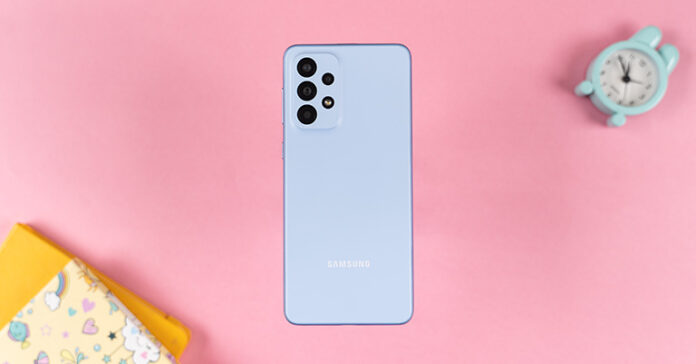 In this article, we will be discussing the latest official price of the Samsung Galaxy A23 in Nepal, along with the full specifications and features.

Samsung Galaxy A23 is the revision to last year’s A22. It boasts a similar design language with multiple color options and a trendy-looking design. Available in three color options—Blue, Orange, and Black—the right frame of the device houses a side-mounted fingerprint scanner. There is also a White color variant, but that is not available in Nepal. Likewise, it weighs 195gms and is 8.4mm thick. 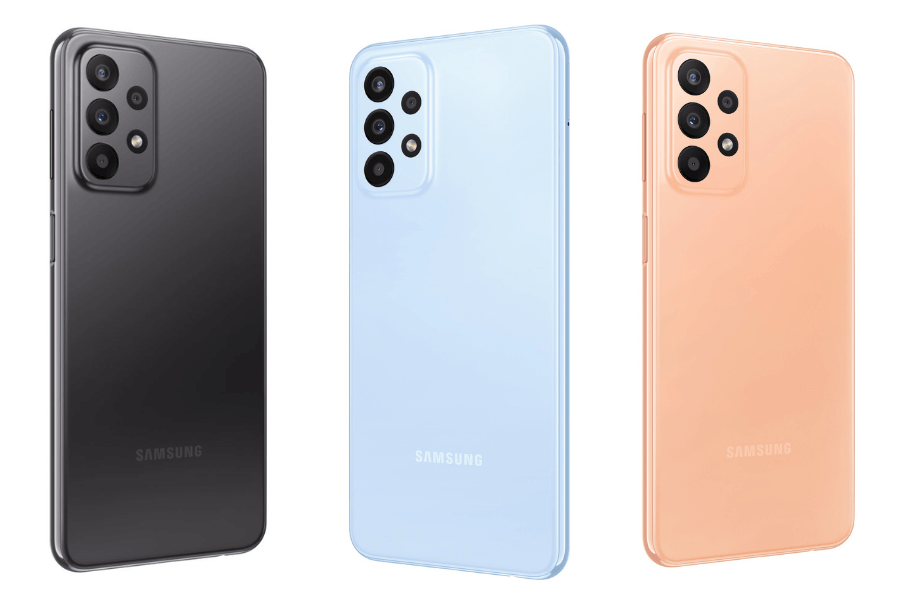 The front of the Samsung Galaxy A23 houses a 6.6-inch TFT 90Hz LCD screen with a FullHD resolution and 20:9 aspect ratio. There’s a familiar-looking V-shaped notch that houses an 8MP selfie camera. The display is also covered by Corning’s Gorilla Glass 5, which should provide protection against damage from drops and scratches.

Under the hood, Samsung Galaxy A23 boasts a 5000mAh battery with 25W fast charging support. Sadly, Samsung only includes a 15W charger in the box.

Moreover, Samsung has not specified which chipset the Galaxy A23 is powered by. It does, however, mention an octa-core SoC (2.4GHz + 1.9GHz) with 4G support. Thus, based on the clock speed, we expect it to be Snapdragon 680. 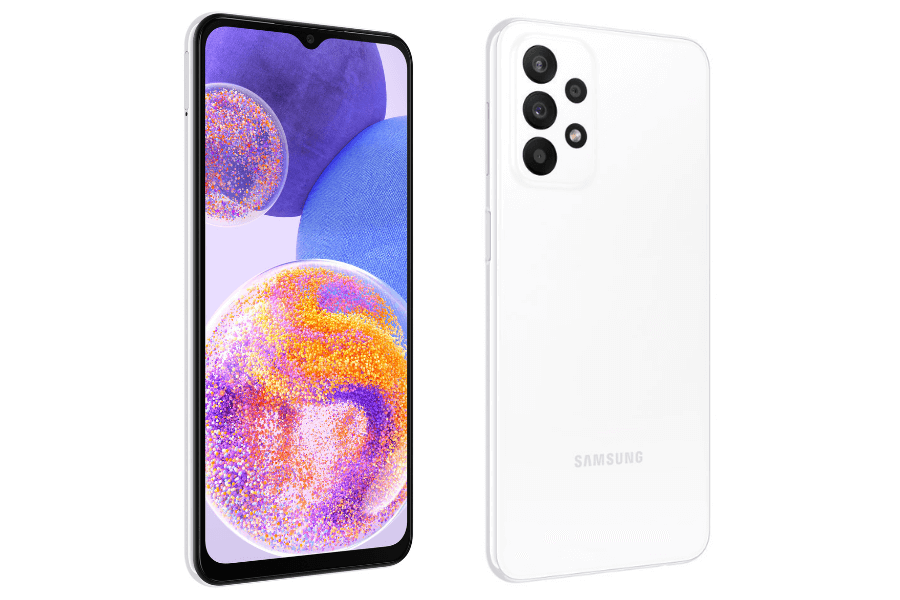 Camera-wise, Galaxy A23 4G flaunts a quad-camera setup comprising of 50MP primary, 5MP ultra-wide, and two 2MP depth and macro lenses. The Galaxy A23 also runs on Android 12 out of the box with One UI 4.1 skin. It is available in a variety of memory configurations which include 4/6/8GB of RAM and up to 128GB of storage.

Samsung Galaxy A23 Price in Nepal and Availability