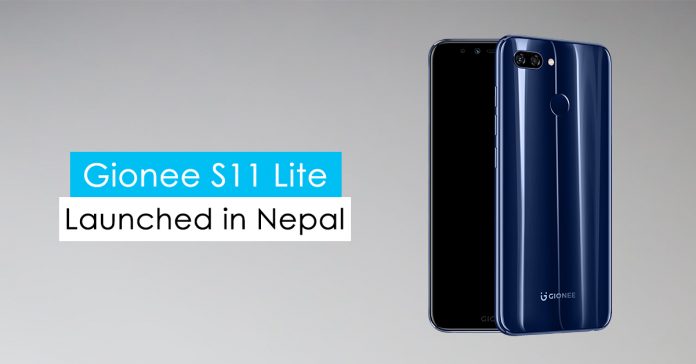 After the launch of the Gionee M7 Power, the Chinese manufacturer Gionee has launched another new smartphone in Nepal, dubbed the Gionee S11 Lite. It was one of the eight smartphones that launched back in November last year.

One of the main highlights here is the 16MP camera up front, which claims to take really good selfies. We will have to test it to confirm it, but on paper, it seems decent. Also, there is a dual camera setup with a 13MP and 2MP lens combo at the back. Needless to say, we are very optimistic about its cameras.

Connectivity wise, they still employ the traditional Micro USB for charging and data transfers. The fingerprint lives on the back of the smartphone alongside the cameras. And while we are on the subject, it’s a plastic back, which was a bummer, to be honest. 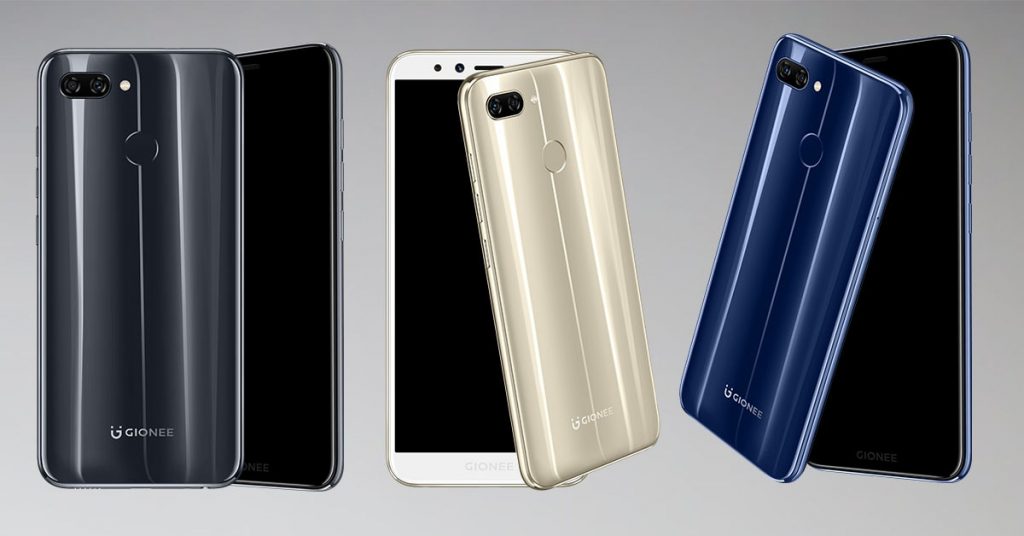 Other features include a built-in app lock, private space 2.0, smart eye protection, split screen, game mode, fingerprint shortcuts, app clone and more. So, tell us what you think about this new smartphone from Gionee. Is this a good enough device or does Gionee needs to try even harder to win it’s fans back?

Despite the plastic back, the Gionee S11 Lite looks appealing with the glossy finish. The near bezel-less design has also added elegance to the device. In addition, the presence of dual camera setup seems to pack an assuring potential in the photography department. And for all such features, the smartphone is asking a price of Rs. 25,999.

Considering the price, the smartphone is clearly overpriced for its features. An HD+ display at the price of Rs. 25,999 is the real bummer. The pixel density of 282PPI may not sound that diverting, but if the price is taken into consideration, it does not seem right. Since almost all the smartphones at the similar price range have employed a display with Full-HD resolution, picking such low-res display makes no sense at all. At the price of Rs. 26,990 (but available at Rs. 24,999), you can get Gionee’s last year’s flagship the Gionee A1. Gionee A1 comes with the vibrant AMOLED display with Full-HD resolution. And choosing the Gionne A1 over the S11 Lite seems a wise choice to me.

Gionee had been quite obsessed with the MediaTek processors in the past. And the customers were frequently unimpressed with the move. This time around, the smartphone brand has gone with the Octa-core Snapdragon processor. But despite the transition, there is nothing much to brag about since the chipset used is lower mainstream SoC fabricated in 28nm architecture. So if you are into performance, Xiaomi MI A1 would be a better choice as it comes with Snapdragon 625 chipset. Snapdragon 625 is a powerful yet power-efficient chipset. And coupled with the 4GB of RAM, the MI A1is ensures buttery smooth performance. Priced at Rs. 26,999 (4GB/32GB, Available for Rs. 25,000), the smartphone also carries dual camera setup at the back with the potential to capture images with 2x lossless zooming.

FullView display and near bezel-less display may be another highlight of the Gionee S11 lite. But at a lower price than the S11 Lite, users can get the Xiaomi Redmi 5 Plus (Rs. 23,499) with the similar near bezel-less display at the size of 5.99 inches. Xiaomi Redmi 5 Plus also carries the noteworthy Snapdragon 625 chipset and a massive 4000mAh battery.

Since we have numerous smartphones on the market right now, which supersedes the Gionee S11 in every possible aspect. So the presence of the smartphone in Nepal with such a jaw-dropping price has not convinced me at all. If you have got any clue, let us know in the comment section.