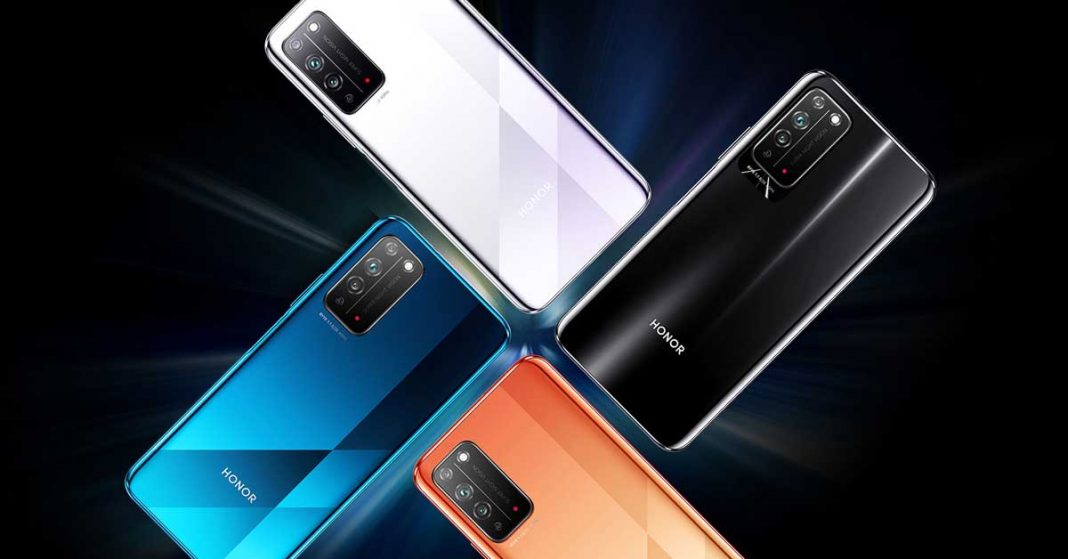 Honor’s smartphones are synonymous with fashionable design alongside some powerful performance. And the newest Honor X10 is a testimonial to that. Fun fact: originally, the company had planned to name the device “Honor 10X”. But seeing how Xiaomi’s sub-brand Redmi had also filed a patent with a similar name, Honor eventually did the switcheroo to prevent any confusion among the customers. After all, look at Honor 7X, 8X, and 9X. Anyway, let’s dive into the specs, features, availability, and expected price of Honor X10 in Nepal.

While manufacturers have been shying away from motorized pop-up cameras lately, Honor is still continuing on the legacy with the X10. It features a clean-cut display thus giving off a much more pleasant viewing experience. Why OnePlus shifted to a punch-hole cutout in its latest OnePlus 8 and 8 Pro, I don’t know. Its triple camera setup has been placed inside a rectangular module on the top left corner of the phone. Likewise, the back of Honor X10 features a subtle stripey design, which looks quite classy. This is absent on the “Probing Black” color variant, while “Racing Blue”, “Lightspeed Silver”, and “Burning Power Orange” share a similar design. 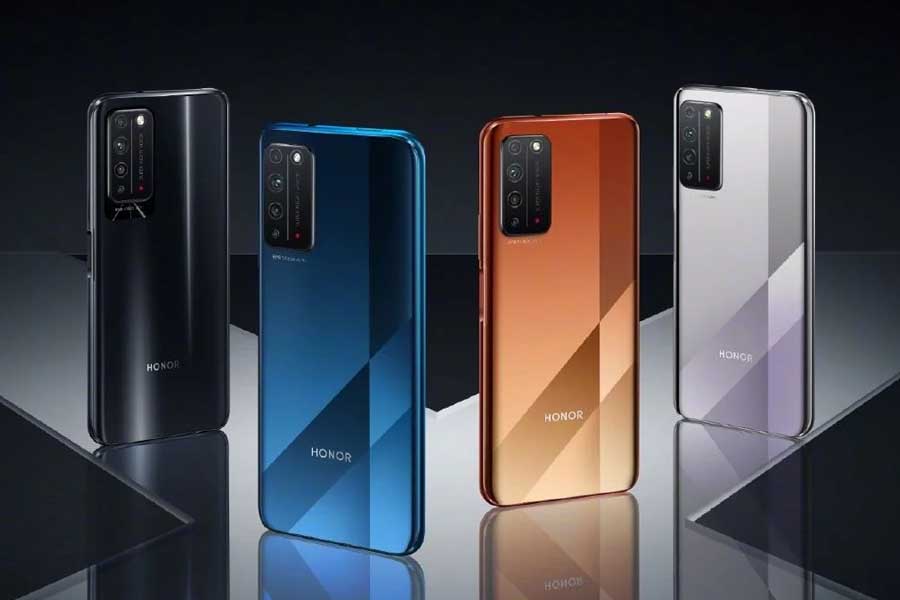 Getting to the display itself, as I said earlier, the phone has a non-obtrusive notch-less screen. So, content consumption on Honor X10 is going to be an amazing experience. However, it’s a regular 6.63-inches FHD+ IPS LCD panel, so color reproduction and contrast ratio won’t be as good as the ones in OLED displays. Fortunately, it features a 90Hz refresh rate and 180Hz touch sampling rate; which have been all-the-rage in modern smartphone display technology. This is further complemented by gaming-oriented features packed inside the chipset.

One of the main highlights of Honor X10 is its new Kirin 820 5G chipset. Based on the 7nm lithography process, this mid-range SoC goes head-to-head against MediaTek’s new Dimensity 820, or Qualcomm’s Snapdragon 765G (or even the slightly overclocked 768G). This SoC has an octa-core CPU with 1x Cortex-A76 (@2.36GHz), 3x Cortex-A76 (@2.22GHz), and 4x Cortex-A55 (@1.84GHz) cores. Right off the bat, we can assume its inferiority against the Dimensity 820 with its 4x high-performance Cortex-A77 cores clocked at 2.6GHz. Handling graphics is the hexa-core Mali-G57, which is accompanied by Kirin Gaming+ 2.0.

It boosts the gaming performance by 38% and energy efficiency by 39% (compared to past generation) using AI frequency modulation. As the name implies, Kirin 820 5G is also a 5G-capable chipset. The same Balong 5000 5G modem we saw in Kirin 990 & 990 5G is integrated into it as well. Therefore, Honor X10 supports the sub-6GHz spectrum of 5G in both SA & NSA mode.

Memory-wise, the phone has either 6 or 8GB of RAM and up to 128GB of internal storage. The storage itself can be upgraded up to 256GB using Huawei’s proprietary NM (Nano Memory) card. Finally, as expected, the phone is void of any Google apps and relies on Huawei’s HMS instead. Honor X10 runs on the latest Android 10 with Honor’s MagicUI 3.1.1 on top.

Moving to the cameras, Honor X10 has got a triple-camera setup. The primary lens is a 40MP RYYB sensor that delivers better low-light photography. Honor is calling it the “Super Night Vision” and it’s one of the prime features of the phone. The other two lenses are an 8MP ultrawide sensor with a 120º field-of-view (FOV) and a 2MP macro sensor. Now, we have already discussed how such a gimmicky and unnecessary lens should be avoided by companies. Yet, here we are. Setting that aside, Honor X10 has a wide 16MP front camera with a motorized pop-up mechanism. It can also shoot up to Full HD videos at 30fps but lacks gyro-EIS unlike the rear cameras. The phone is also capable of shooting up to 960fps slow-mo videos at HD resolution.

In terms of power, the phone gets its juice from the 4,300mAh battery. This supports 22.5W Super FlashCharge fast charging and reverse charging as well. Surprisingly, Honor X10 still retains a 3.5mm headphone jack. That’s nice. The phone also has a side-mounted fingerprint scanner for security purposes.